Many companies successfully practice a pet-friendly office policy. A modern employer tries to create comfortable conditions for its employees. Some companies are allowed to take pets to the office. Furry friends can reduce employees' stress levels.

Companies try to create a "homey atmosphere" for their workers. When allowing pets to be brought in, firms rely on research that shows the positive impact of cats and dogs on work processes. For example, experts from the Central University of Michigan (USA) have proved that pet-friendly office employees are less prone to have conflict with each other and become more responsive. Moreover, animals set people up for a positive mood and reduce nervousness levels.

The first case of introducing animals into the office's work process was recorded in 1999 in the United States. The initiator was Pet Sitters International (PSI). The action was of a charitable nature: In 2019, PSI offered to work with animals for not just one day but for a week.

In the United States, one in five companies (20 percent) allows pets to be taken to the office. 76 percent of employees bring dogs to work. In most cases, this is done to retain valuable specialists, creating comfortable working conditions for them. 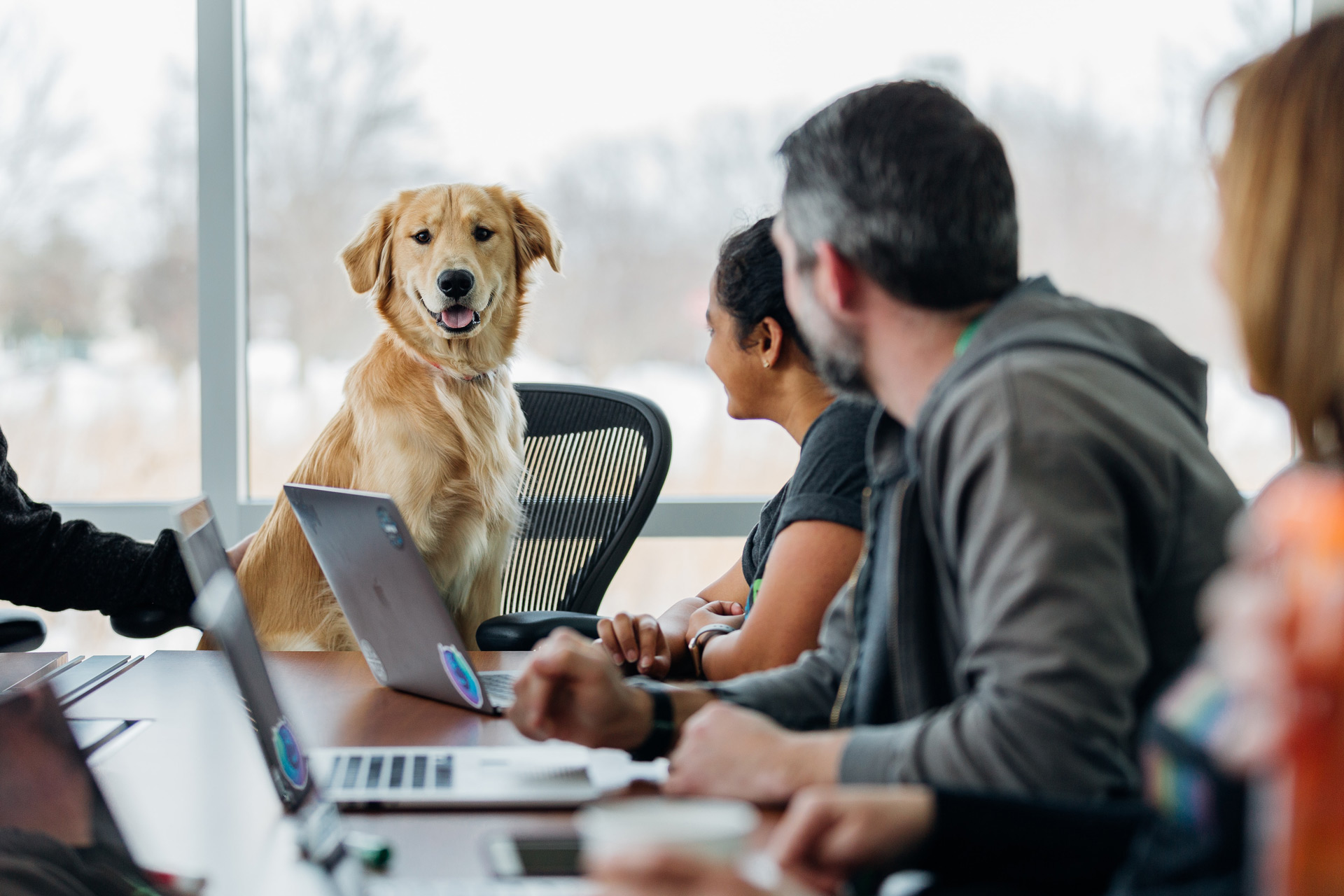 Positive Influence of Dogs on Humans

Being close to pets is very useful for a person. This is confirmed by scientific facts. Medical research supports the specific effects of pets on our health. Contact with animals raises the hormone oxytocin level, which in turn reduces the level of the hormone that causes stress-cortisol. Therefore, now, in the event of stressful conditions, doctors even recommend getting a pet.

It has been proven that being near dogs can increase immunity, so developing allergic diseases and heart diseases is significantly reduced. Scientists at the University of California and Stanford University found that pets even protect the body from some forms of cancer.

Common interests bring people together and unite them. With pets' help, it is much easier for a person to start a conversation with another person. In this way, dogs help us cope with loneliness and rid us of shyness.

Getting rid of hypodynamia. This problem is well known to office workers, who often lead a sedentary lifestyle. Dogs help their owners to overcome this problem. Workers can tinker with the pet during their break and not just drink coffee sitting down. Dogs help workers stretch their muscles and get a boost of energy for the whole day. Besides, according to doctors, interactions and games with dogs help strengthen the nervous system.

According to cardiological studies, pet owners are significantly less susceptible to blood pressure drops and heart problems. Scientists have found that with frequent pet stroking, blood pressure normalizes. People who live with a dog are less stressed and less likely to suffer from sleep disorders. 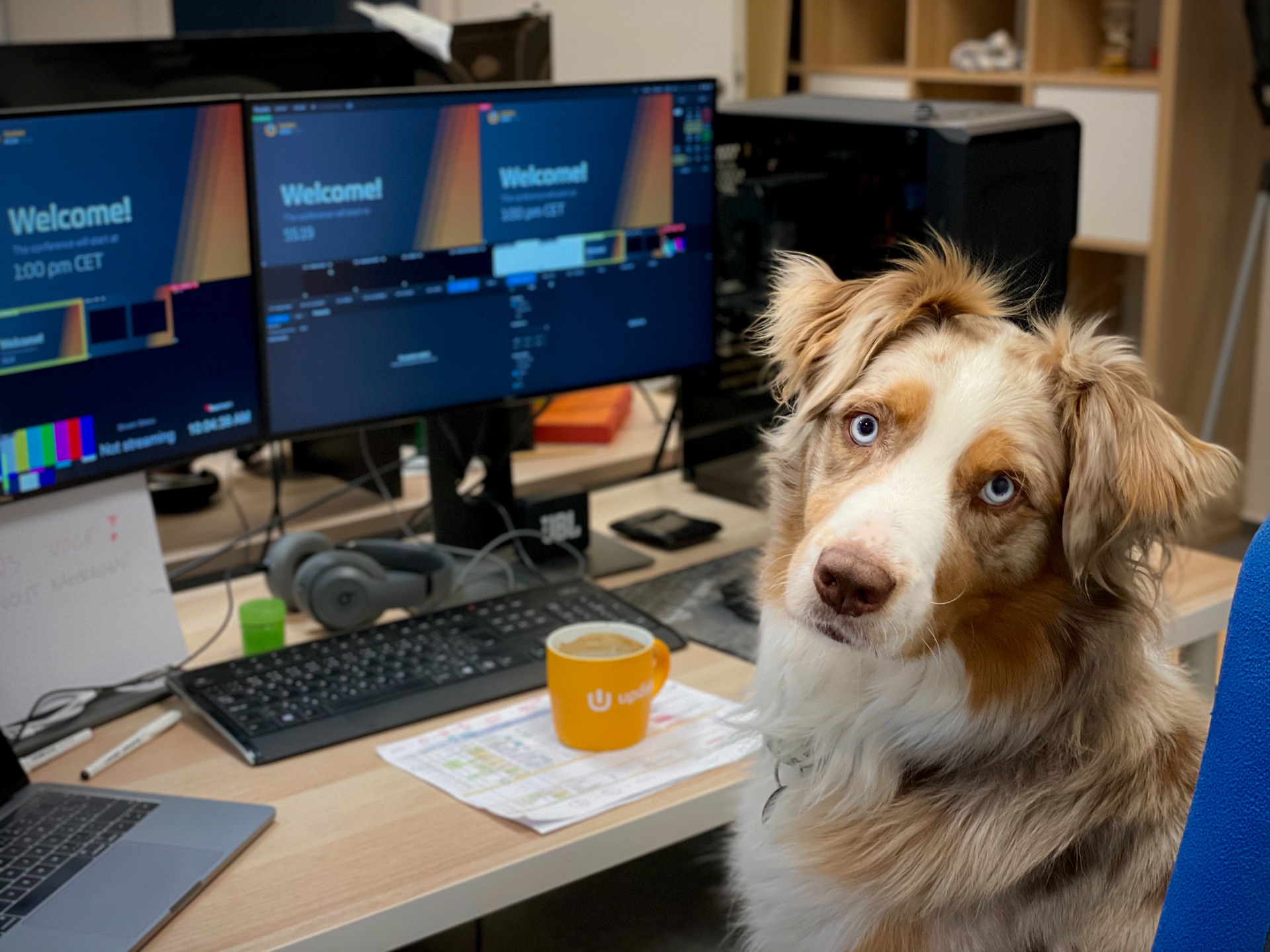 According to experts, animals can have a positive impact on the business processes in a company. It was found that four-legged friends can increase employee productivity and business success.

A study of 31 companies in Kentucky found that pets in the workplace allowed employee-owners to express individuality. Study participants reported that pets helped relieve stress. With them, the atmosphere in the office becomes more relaxed. In general, such employees work more efficiently.

In other American research, it was found that a dog's presence in group work encouraged participants to be more sociable and friendly to each other than in groups where there was no dog. It can be assumed that pets help to overcome barriers in social interaction.

People born between 1981 and 1996 (millennials) are the most active supporters of the idea of allowing animals to come to the office. So, 43 percent of this generation's representatives are sure that employers should allow animals to stay in the office. Among older people, this idea is supported by half as many respondents — 23 percent. With millennials making up an increasing share of the workforce (they will make up 75 percent of the workforce by 2030), more and more companies are switching to pet-friendly policies. 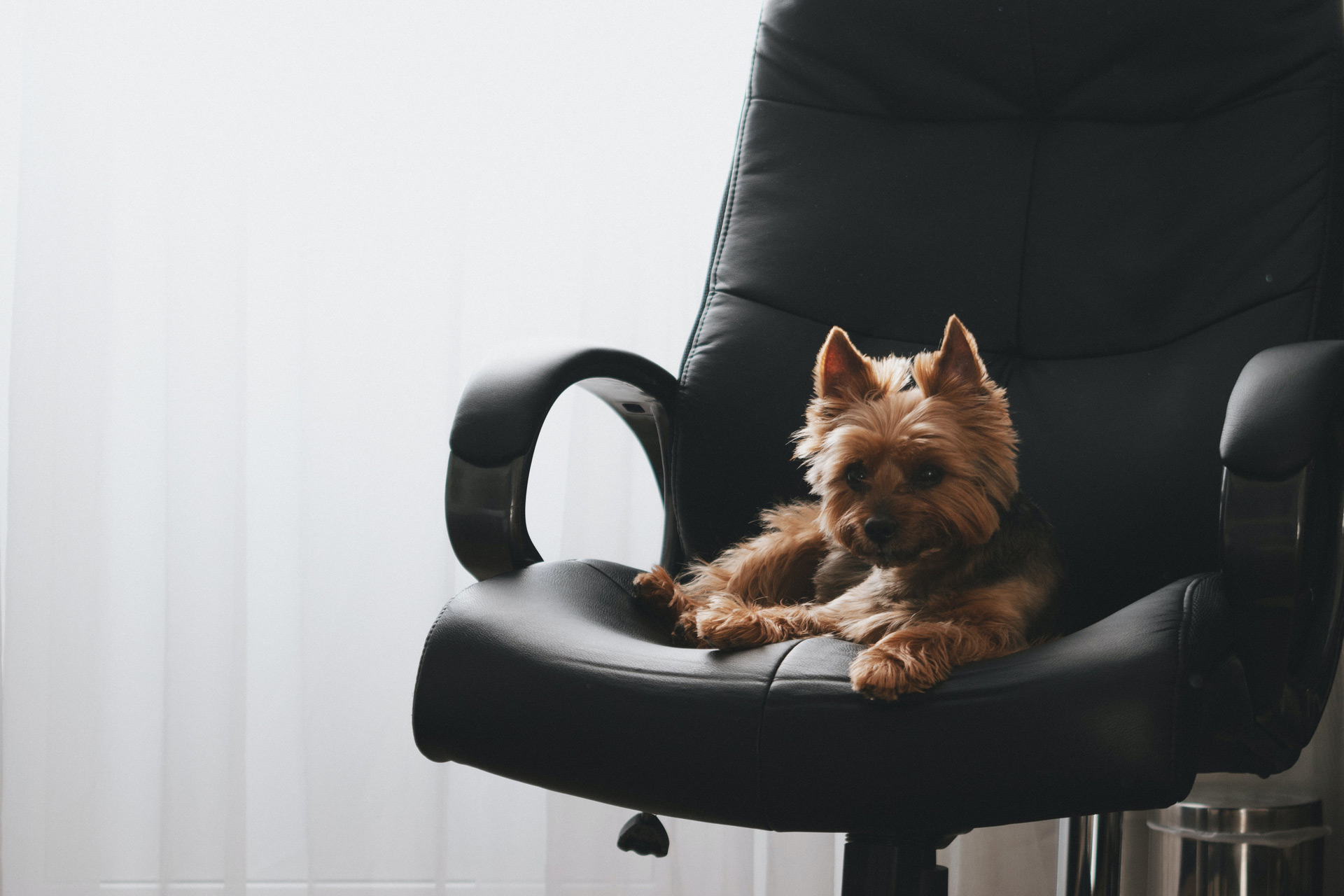 Before companies let a pet into the office, it is important to ensure that employees do not have allergies and traumatic experiences associated with animals. Animals have a specific smell, make sounds, leave their fur. For small dogs, you may need trays and diapers.

To not face negativity later, it is important to initially discuss the initiative with the team. On the one hand, animals in the office can become part of the corporate culture, but on the other hand, pets can become a cause for irritation.

When implementing a dog-friendly policy, it is necessary to introduce rules and regulations so that pets do not disrupt the working processes. For example, the American company Pie Town Productions allows employees to bring dogs to work and noticed that the animals in the office created a family atmosphere. But soon, all employees began to bring dogs, and the company had to impose restrictions.

Also, the office should have everything you need for a dog. If the animal lives permanently in the office, it will be necessary to provide food, hygiene, and veterinary services, which can become an additional cost item for the company. It is necessary to take into account the characteristics of pets. For example, allergic dogs should be fed only with special food. Such feeds should be made, taking into account the characteristics of the dog's health.  According to the review at ThePets.net, dog food for allergies should contain the highest quality proteins.

Even if employees support the initiative to allow animals to come to the office, it is necessary to find out in advance whether there are any other obstacles to this. Animals should not be brought to production due to the high risk of injury and noise, which pets will not appreciate.

American Professor of Anthropology, Barbara J. Smith King, says that being in the office can be stressful for animals: "For some dogs, meeting strangers in a building with unfamiliar sounds and smells will be beautiful and exciting, and for others, shyer, all the same, can be a sensory overload that is difficult to bear." King believes that it is extremely important to take into account the individual characteristics of a particular animal before going to work with it.

Animals at work become part of the atmosphere. Pet-friendly offices do not become a decisive factor in choosing a company, but they definitely help employers improve their image in the market. Pet owners tend to devote as much time as possible to their pets. Pets in the office help improve the team's overall mood and increase employee engagement and productivity. Experts from the research University of Michigan claim that pets in the workplace promote trust among employees and unite them. Scientists from the state of Kentucky have proven that furry colleagues help to cope with stressful situations in professional activities and create a more friendly atmosphere.

The development of pet-friendly infrastructure is a global trend. Allowing company employees to take their dogs to work with them is not a whim or an extravagant device that increases the company's popularity. Dogs are really able to improve the well-being and mood of their owners and other people nearby. They relieve stress, reduce pressure and make people friendlier in their presence. In general, the atmosphere in the office becomes relaxed and open, which contributes to the development of business.

Author Bio: Vicki Smirnova is a professional writer and editor. With the advent of ThePets, Vicki began creating informational articles that help pet owners live in harmony with their pets. Find them on Facebook and Pinterest.