There was likely no more disturbing or widely covered dog fighting story in the last decade than the Michael Vick case of 2007, in which the former Atlanta Falcons quarterback and three other men were charged with running an interstate pit bull fighting organization known as Bad Newz Kennels out of Newport News, Virginia.

The high-profile case shined a spotlight on an issue most Americans thought had been all but eliminated.

The brutal nature of the abuse suffered by the dogs and the status of Vick as a football icon spread the story far and wide, beginning a sea change in public attitudes that sparked a series of protests and demonstrations with the aim of enacting new legislation to combat dog abuse.

However, despite justified outrage and visceral emotional responses from the public, one important story was largely lost in the uproar: that of the victims—the dogs themselves.

While filming the National Geographic television series Dog Town at the Best Friends Animal Sanctuary in Utah, Darcy Dennett saw the arrival of 22 pit bulls from the Michael Vick case.

Although the dogs were partially featured on the show, Dennett realized that their journey from the horrors of a dog fighting ring into a welcoming environment demanded its own attention.

“I was a series producer of National Geographic's Dog Town from 2007 to 2009, and during a portion of that time the dogs rescued from Michael Vick's fighting ring arrived at Best Friends Animal Sanctuary,” Dennett recalls.

“I was on the grounds for a number of months when they first arrived, but we only ever covered the first part of their story. We followed them as the trainers and caregivers worked with them, but the series drew to a natural close. I stayed in touch with my friends at Best Friends, and I also sort of kept up on these dogs, and I became increasingly aware that there was this amazing story waiting to be told that nobody had told.”

Dennett’s documentary gives viewers a glimpse into the triumphs and struggles of those involved in the rescue and recovery process. Thanks to the efforts of animal welfare groups such as Best Friends and the Oakland-based Bad Rap, the Michael Vick dogs received a second chance to live life as they were meant to.

The Champions could have been a very different film without the dedication and hard work demonstrated by members of both organizations. But because Best Friends and Bad Rap took it upon themselves to speak up for the voiceless, Darcy Dennett’s documentary offers a story rich in hope and the triumph that comes from standing up for what’s right.

For theatergoers who can make it past the documentary’s troubling subject matter, The Champions is a must-see film that shouldn’t be missed.

What is it? An independent documentary following the lives of pit bulls rescued from the dog-fighting ring of former Atlanta Falcons quarterback Michael Vick.

Who’s watching it? The film has wowed lovers of animals and well-crafted documentaries. However, children and adults unable to handle the film’s intense subject matter should likely stay away.

Where is it playing? Currently, The Champions is being shown in film festivals across the country. It is also now available to download for only $14.99. For times, dates, locations, and other information, visit http://www.championsdocumentary.com. 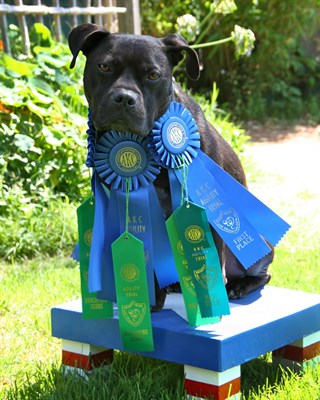 It’s hard to imagine that the timid and fearful Audie would go from bundle of nerves to award-winning agility dog, but that’s exactly what happened. Guided by the love and mentorship of his adopter, Linda Chwistek, Audie overcame crippling physical and psychological trauma to become a model canine athlete. 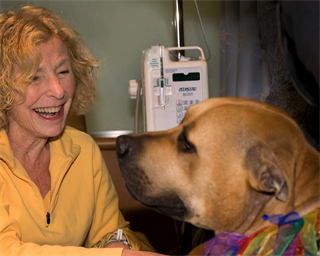 Taken in by California’s Our Pack Rescue, Leo had one of the most incredible success stories to come out of the Michael Vick case. Despite everything he experienced as a victim of abuse, he became a certified therapy dog, bringing joy and laughter to the lives of cancer patients who desperately needed it. Sadly, Leo passed away in 2011, but the love and forgiveness he freely gave lives on in the countless lives he touched. 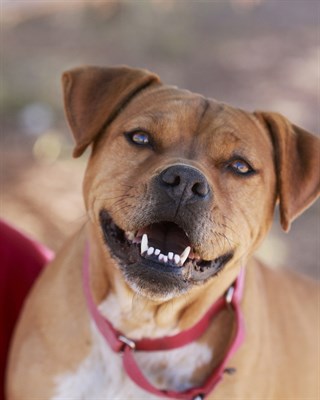 Unfortunately, Meryl was one of two pit bulls sent to Best Friends who could not be re-homed, since she initially showed a tendency toward aggression in fearful situations. However, these days Meryl gets along excellently with her handlers at Best Friends, where she will live out the rest of her days in peace and among friends.