Arguably America’s favorite dog, Snoopy has been entertaining comic strip readers and cartoon watchers since the 1950s. It’s the Great Pumpkin, Charlie Brown mainly focuses on the story of Linus and his quest to meet the so-called Great Pumpkin—a large, sentient pumpkin that appears to have originated in Linus’s imagination. The cartoon first aired on TV in 1966, and since then it’s become a Halloween staple that’s aired at least once a year for fifty years.

In the movie, Snoopy and the rest of the Peanuts crew laugh at Linus over his claims about the Great Pumpkin, but they can’t convince him to abandon his belief in the legendary plant. When the Peanuts gang goes out trick or treating, Linus chooses instead to wait in the pumpkin patch (as he does every year) for the Great Pumpkin’s arrival.

Does Linus meet the fabled orange fruit and prove the rest of the gang wrong? You’ll have to watch to find out. 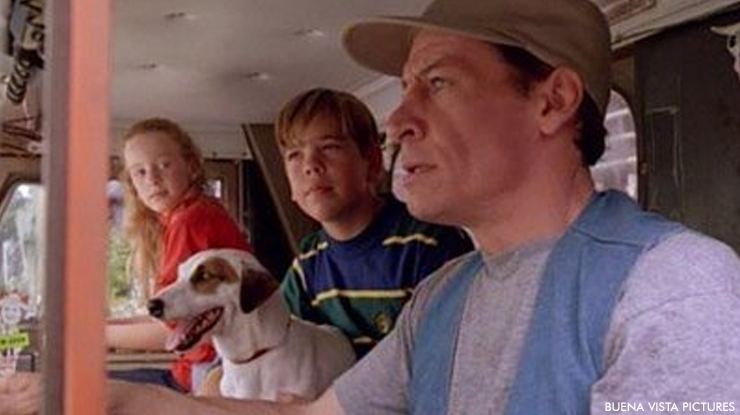 This is a fun Halloween movie from the early 1990s starring the late, great Jim Varney as Ernest P. Worrell, along with his adorable little Jack Russell terrier, Rimshot. Ernest teams up with Rimshot and a group of kids to save the town from menacing trolls who turn residents into wooden statues before feeding off of their life essence. There are a number of gags between Ernest and Rimshot, but the clever Jack Russell also plays a pretty big role in the story.

If you watched this movie as a kid in the 90s and developed a healthy fear of trolls, we won’t blame you. The effects are great, and while it is a children’s movie, the trolls can be pretty scary (especially Tantor, the head troll with spikes for eyebrows and two noses). Still, if you think you’re up for the challenge, it’s a silly, scary flick.

Sure, most of the movie focuses on Billy Peltzer and the lovable little Gizmo, but before the fuzzy mogwai became Billy’s new pet, he had a mischievous little dog named Barney to keep him company. Eventually, Gizmo multiplies into other mogwai creatures, and those creatures become gremlins. The gremlins nearly destroy the entire town, and they terrorize Billy’s family (including poor Barney).

According to the original script, the Gremlins were supposed to kill Barney. However, the final script took a lighter tone, so anyone who hasn’t seen the movie can rest assured that at least the dog doesn’t die in this one. It’s definitely worth a watch! 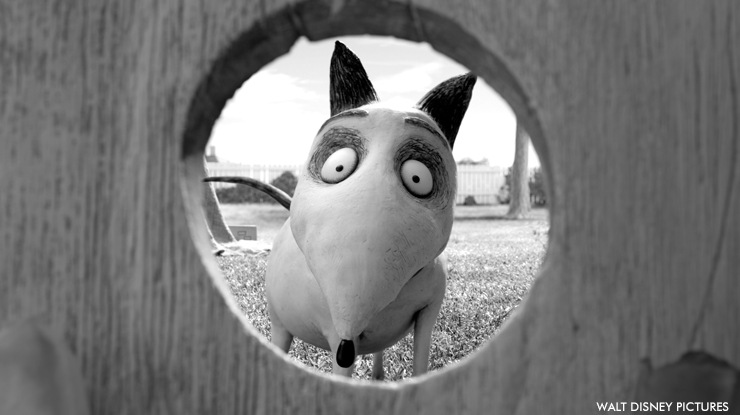 It’s only natural for someone who just experienced the loss of a dog to have trouble letting go, and that loss can be even harder for a child to accept—especially if that child happens to be a young Victor Frankenstein.

When Victor’s loyal dog, Sparky, dies suddenly, the distraught child digs up his pet and uses electricity to bring him back to life. Although Sparky retains his kind-hearted personality, his resurrection makes the townspeople uneasy. When copycat experiments are performed on other animals, the results create chaos for the town, and Sparky has to step in to save the day.

This is a Tim Burton movie, which means it retains his signature off-beat, gothic style. Although it’s a film that both kids and adults can enjoy, Burton’s decision to stick with a black and white color scheme to mirror the look of classic horror films may turn off some youngsters. Still, it’s highly entertaining, and kids who stick with this movie won’t be disappointed.

While this isn’t a horror movie per se, the idea of a woman who is mean enough to kill dozens of dalmatian pups just to make outfits out of them should be scary enough for anybody.

In the live-action version of the 1961 Disney film, which was itself based on the 1956 novel The Hundred and One Dalmatians, Glenn Close absolutely kills it (pun intended) in the role of heartless fashionista Cruella de Vil. Ultimately, it’s a timeless family film full of suspense and adventure, and Close brings the chills with her top-notch performance.

Research over the past 10 years has found that having dogs or cats in the home during infancy may lower a child’s risk to certain illnesses, including reduced risk to allergies linked to asthma.