This grueling dog sled race began in 1973, and every year 60 to 100 teams gather from around the globe to take part in the 1,850-kilometer race from Anchorage to Nome, crossing some of the roughest terrain on the planet along the way.

The race was founded by Joe Redington, Sr., an American kennel owner and dog musher who moved to Alaska in 1948. It was at the Willow Winter Carnival in 1966 where he met Dorothy Page, who was interested in sponsoring a dog sled race. The initial race took place on a 40-km stretch between Wasilla and Knik, but Redington wanted to expand the race and make it the biggest in the world.

Over the next few years hundreds of miles were added to the course, with the first Iditarod to Nome taking place in 1973. Known as the “Father of the Iditarod,” Redington took part in the race 19 times with 5th being his highest finish. Although he passed away in 1997, his name is called during roll call at every Iditarod Trail Board Meeting, and his absence is explained with the words “Joe is on the trail.” 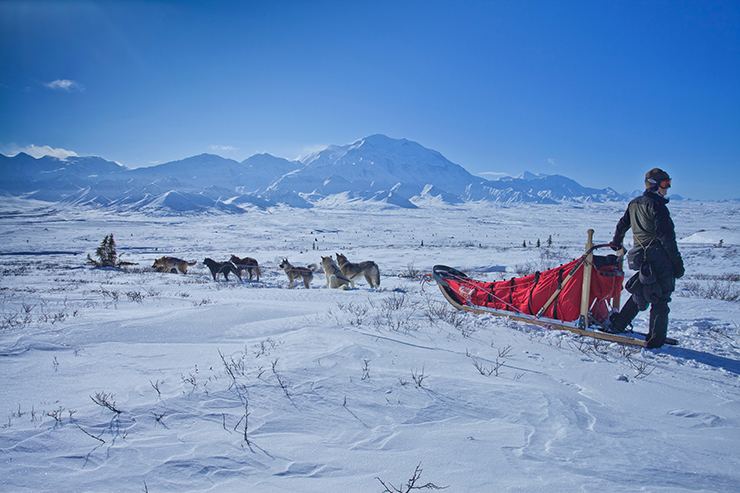 Many people assume that the temperament of Siberian husky dogs and the stamina of the Alaskan malamute make them the perfect sled dogs, but in fact, most dogs that race in the Iditarod are Alaskan huskies, a mixed breed renowned for their endurance and speed.

From 1988 to 1991 a musher named John Suter entered the competition with a team that included standard poodles. He completed the race four times.

Unfortunately, even though they were adept at pulling a sled, many of Suter’s poodles were often dropped at checkpoints with frozen feet and ice balls, which caused terrible matts in their coats. This resulted in the organizers banning all breeds from the competition apart from northern sled dogs.

Lead dogs are usually the quickest and most intelligent, while just behind them run the swing dogs whose job it is to maneuver the team around turns. At the back of the team are the largest and strongest dogs, these are called wheelers.

A group of over 30 volunteer private airplane pilots—men and women commonly referred to as the Iditarod Air Force—plays an important part in the race. They are responsible for transporting supplies, a huge amount of dog food, officials, vets, and lumber to checkpoints. They also pick up the dogs that are scratched from the race and conduct search and rescue for any that have veered from the trail. Each year they will drop around 3,200 drop bags, and without them, it would be impossible for the race to continue.

The Lolly Medley Golden Harness is given to the best canine athlete more often than not—specifically, the lead dog or dogs of the team that places first in the race.

This award is voted for by the mushers themselves, and in 2008 it was given to the 3rd-place finisher, Ramey Smyth’s lead dog Babe, who was nearly 11 years old when she completed the race. This was a poignant moment for Smyth, as the namesake of the award Lolly Medley was his mother. She used to sew the golden harness herself and was the first woman, along with Mary Shields, to finish the race in 1974 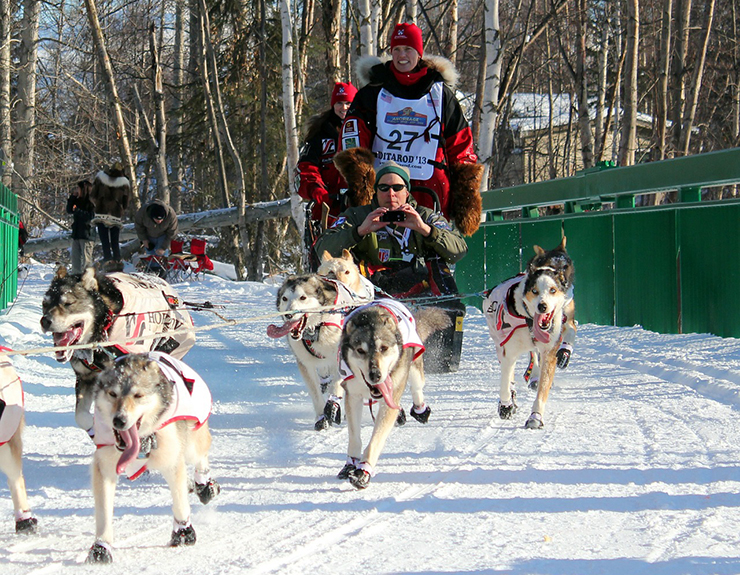 The harsh conditions are not the only hazard mushers and their dogs have to contend with during the race. Other animals such as buffalo, caribou, moose, and wolves can present real problems for the teams.

Moose especially can cause huge problems. These enormous animals have been known to charge at sleds, resulting in some dogs being injured when trampled underfoot. The area around Willow has seen frequent attacks and is commonly known as Moose Alley.

There are two routes used for the Iditarod: the northern route, which is used in even years, and the southern route, which comes into play in odd years. Both sections were originally part of the historic trail when dog sled teams delivered the mail, groceries and just about everything else to either Fairbanks or Anchorage.

During the early races, only the northern route was used until the organizers realized smaller villages were being impacted by the annual event. Taking the southern route meant the teams passed through the abandoned town of Iditarod, and it also brought the benefits of the race to southern villages like Grayling and Anvik.

Like human athletes, dogs running the Iditarod need a lot of extra calories. In fact, their caloric intake during the race will be between 10,000 to 12,000 a day. So, how do you get that much food into a 55lb canine?

Pilots drop off 124,822 lbs of dog food during the race, and the dogs consume a diet rich in fat, which includes high-calorie kibble with a combination of beef fat, horse, chicken, tripe, fish, and supplements. The dogs usually have a warm meal at the checkpoints, and mushers also carry a supply of frozen meat and fish chunks to snack on while traveling.

Each year around 50 volunteer veterinarians arrive from all over the US. They examine the dogs before the start of the race and are also positioned at checkpoints throughout the course. Every dog must have up-to-date vaccinations, including kennel cough and rabies, and they must also be dewormed.

Participating dogs must also be micro-chipped for identification purposes. The chip is programmed with a unique ID number, which is then checked at each stage. The dogs also have an electrocardiogram to ensure their hearts will be strong enough for the 1,000-mile plus challenge. 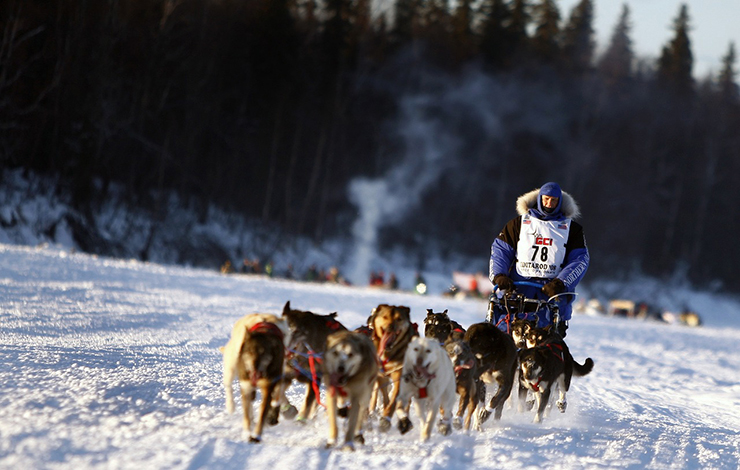 One of the most important pieces of dog gear is the booties. You might think these are to keep the pooch’s paws warm in temperatures as low as -60 degrees, but the main reason booties are required is because the terrain, ice, rocks, water, and bare ground take their toll on paws, and the booties prevent injury.

Rules state that each musher must have at least eight extra booties per dog. Many mushers make their own booties, and some carry up to 3,000 extra for their precious dogs.

Finishing the course is a huge achievement in itself, and even the team that finishes last gets a prize. The red lantern has long been a tradition of the race, remaining lit at the finish line until the last sled crosses.

Originally given to stragglers as a joke, it is now officially a prize to bear proudly. The longest time taken to complete the race was set by John Schultz in 1973, when he took 32 days, 15 hours, nine minutes and one second.

The Iditarod is an endurance race like no other, the perfect example of what dogs and humans can achieve together. It symbolizes the courage and bravery of the men and dogs of Alaska who braved the elements during the diphtheria epidemic of 1925 to deliver medicine to Nome.

The race has changed a lot over the years, and it can now be completed twice as fast as when it originally started. However, the physical and mental stamina needed by both mushers and dogs remains the same, which is why it is known as the “last great race on earth.”