Dogs have long held a unique bond with humans, and they have been popular pets of royalty in countries around the world for thousands of years. While we are all familiar with the Queen of England’s love of corgis, there are other breeds that have frequented the royal courts throughout the ages, some of which may surprise you. 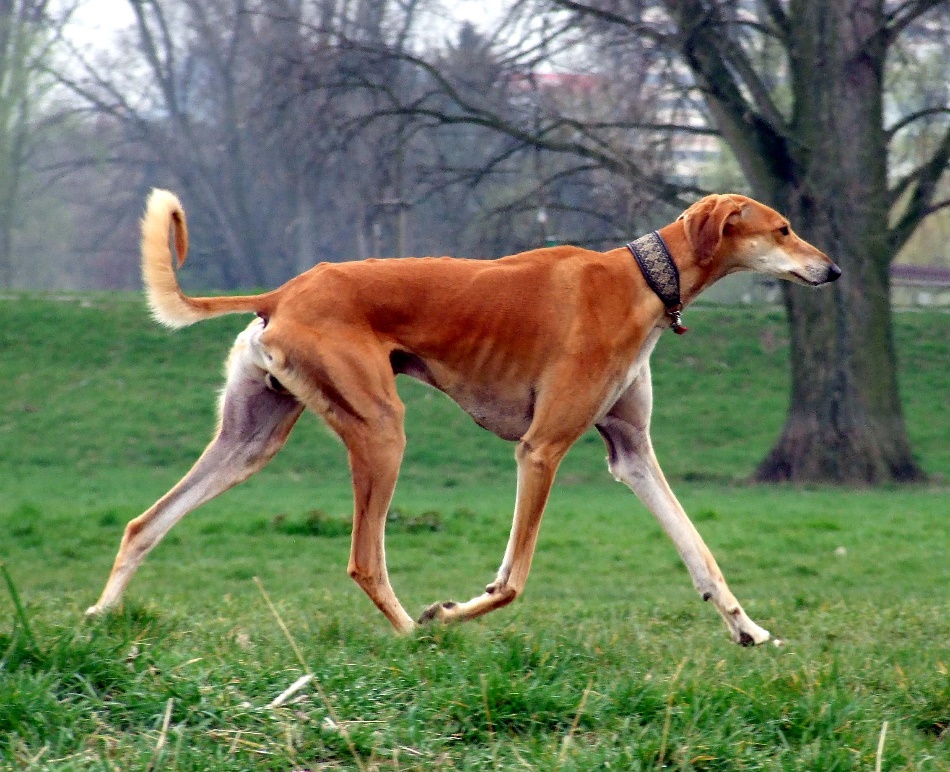 Known as the “Royal Dog of Egypt,” the saluki is one of the oldest living dog breeds with carvings of the dogs appearing in Sumerian tombs from as far back as 7000 B.C. These stunning hunting dogs were highly regarded by Ancient Egyptian royalty for their grace, beauty, stamina, and speed. So much so that engravings depicting the breed have been found in tombs dating back over 2000 years, and some were even mummified with their masters, which was considered a great honor.

The most famous of all Egyptian rulers, Tutankhamen, has been portrayed in many images hunting with his beloved salukis. Brought to Europe in the 12th century during the crusades, they were introduced to America in the early part of the 20th century. 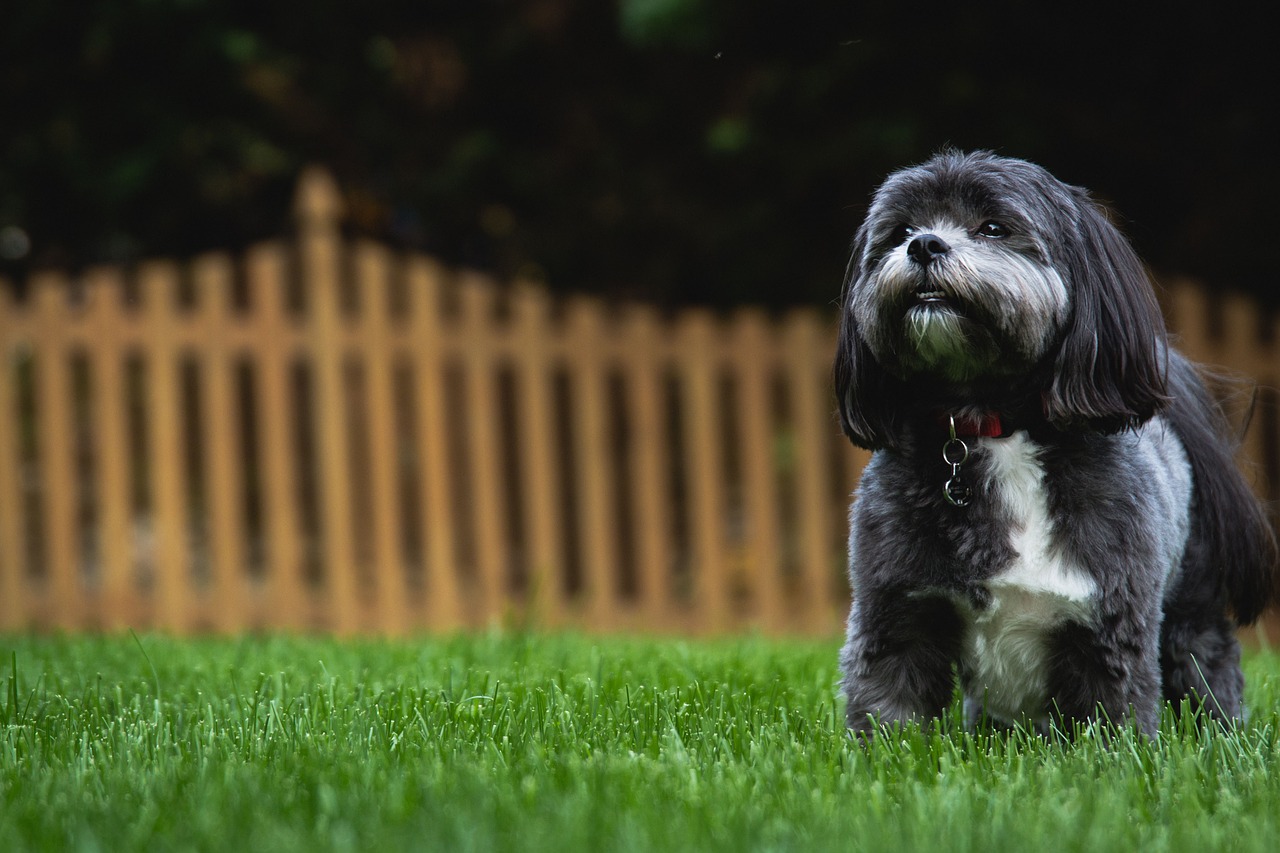 The characterful little shih tzu can trace its roots back through Chinese history, and these canine aristocrats were regarded as the “holy pet of the palace.” Thought to have been bred by Tibetan monks and given as gifts to the emperors of China, they were highly revered for their lion-like features, as Buddha was said to have ridden on the back of a lion.

During the Ming and Manchu dynasties, anyone found owning one of these dogs outside the imperial court was sentenced to death. Used as bed warmers, these imperial dogs really came to prominence in the late 19th century when Empress Tzu Hsi was presented with a pair of exceptional breeding shih tzus by the Dalai Lama. Her breeding program produced the modern-day dogs, and many of the offspring of this pair were given as gifts to Dutch and English nobility.

The first shih tzu arrived in the US in the 1930s. Popular but not found as often in royal circles anymore, the shih tzu is still a popular choice with celebrities. Mariah Carey, Bill Gates, and Beyonce all own one of these delightful little dogs. 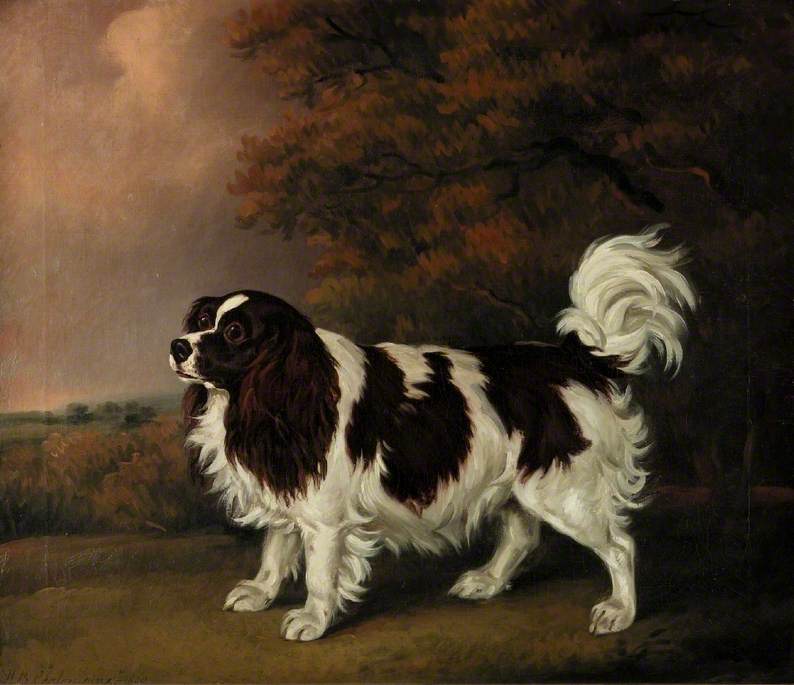 While some breeds like the Staffordshire bull terrier are synonymous with the working classes, the King Charles spaniel, also known as the English toy spaniel, has been associated with kings and queens for hundreds of years. Thought to have originated in the Far East, toy spaniels were extremely popular during the reign of the Tudors, with Henry VIII and both his daughters keeping a number of these small lapdogs. However, they got their name from Charles II, who was never seen without his canine companions and was accused of caring more about his precious dogs than the kingdom he ruled.

Called comfort dogs, spaniels were used both as feet warmers in cold medieval castles and as flea magnets being placed in royal beds to be bitten instead of their owners. Their popularity with royalty continued, Queen Victoria's first dog was a King Charles spaniel named Dash, and the Grand Duchess Anastasia Nickolaevna of Russia also owned one of these gentle companion dogs, as did the Queen Mother and Princess Margaret. 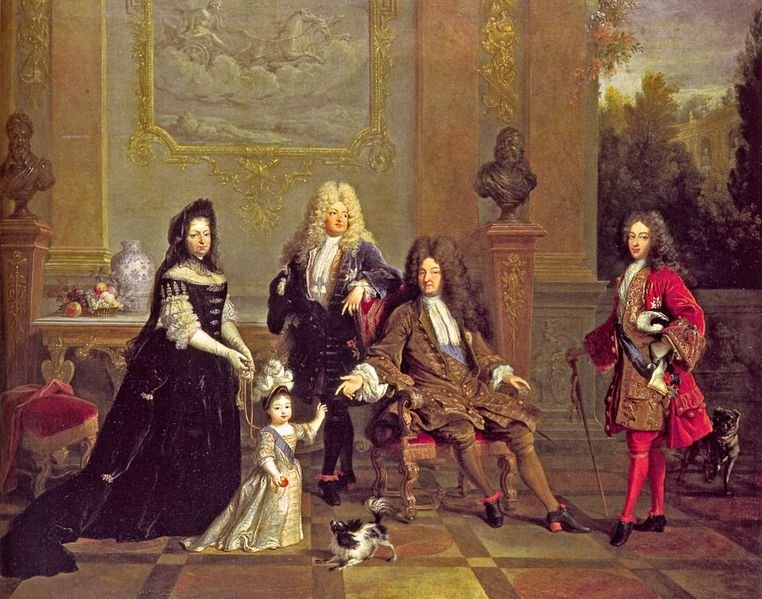 No portrait of the French court back in the day was complete without dogs; they were the ultimate fashion accessory and, along with the Great Pyrenees, pugs, spaniels, and Maltese, poodles became a popular choice. Kings Louis XIV and Louis XVI were both fond of the breed. In fact, the “Sun King” as Louis the XIV was known, had a Poodle called Filou who is remembered to this day.

These hordes of pampered pooches were not trained and had the run of the apartments and private chambers at Versailles, so despite the incredible beauty of the palace, the smell was probably not great. Although the dogs originated in Germany, the French loved the poodle so much it became their national dog. The breed’s regal air and considerable intelligence still make it a popular choice among upper-class dog owners today. 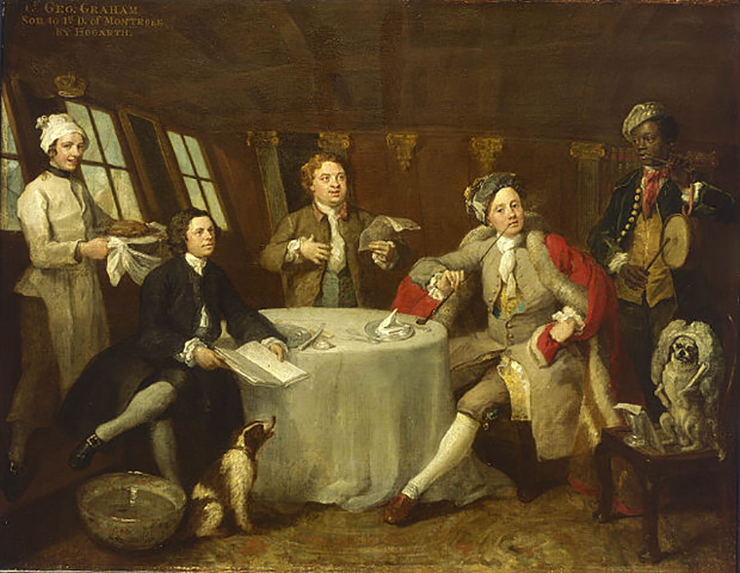 An ancient breed dating as far back as 400 B.C., the pug is thought to have originated in China. The Dutch East India Company brought these dogs to Holland in the 1500s, where they became popular during the reign of William, Prince of Orange. A pug purportedly saved his life in 1572 by alerting him of an assassination attempt, which led to the snub-nosed little pug becoming the official dog of the House of Orange.

One hundred years later, they were brought to Britain when William II ascended the throne in England and became popular with the royalty and nobility of the era. They were also common in French royal circles: Queen Marie-Antoinette and the Emperor Napoleon Bonaparte were both pug owners. 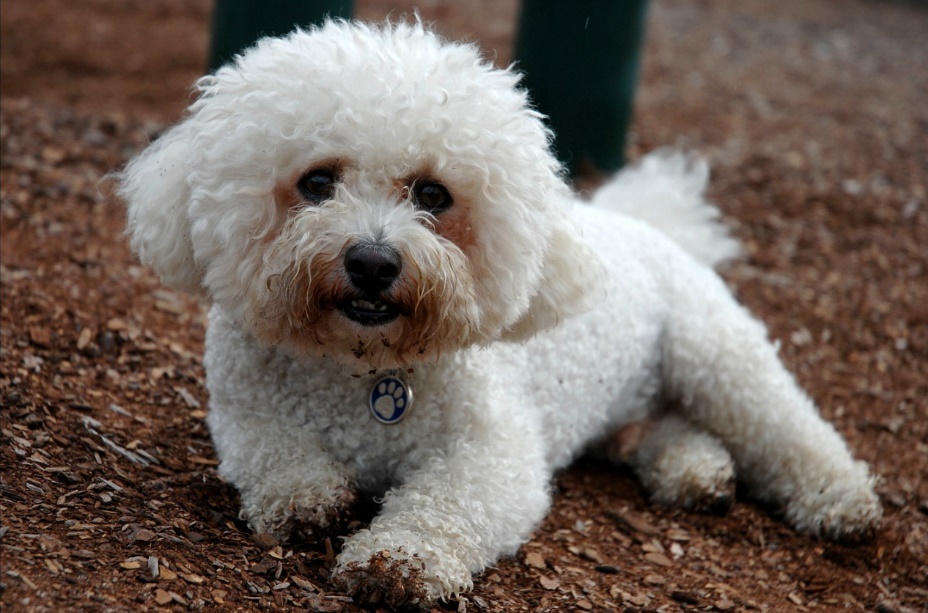 In the 1300s, the fluffy white bichon frise was discovered on the Island of Tenerife by Italian sailors who brought the little dogs back home. They became a favorite of Italian royalty and later also rose to popularity in France. King Henry III loved his bichon frise so much that he had a special basket made for his pet, which he carried around with him at all times. These cute little canines were also popular with Spanish royalty, and many are depicted in paintings of Goya the 18th-century court artist. 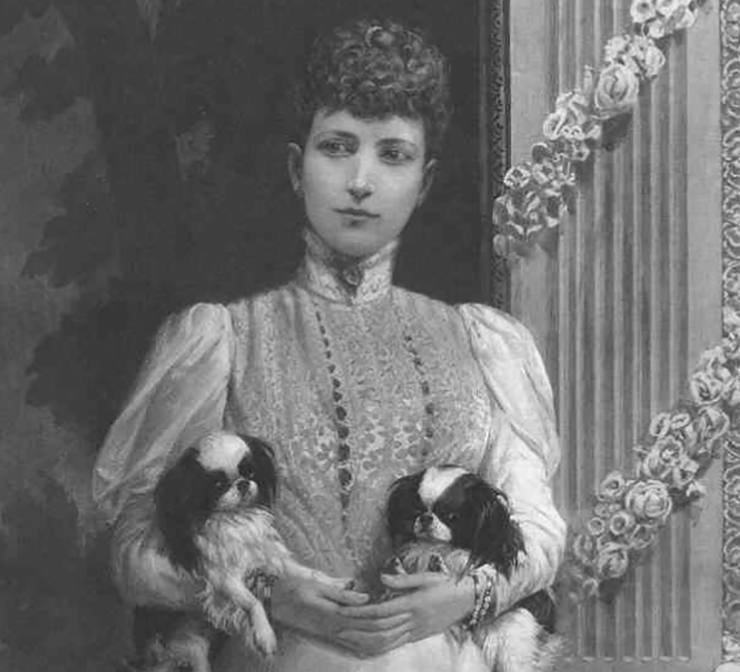 At one time, only royalty were allowed to own these little dogs. They were considered sacred and were popular companions in the Imperial Palace of Peking. Like the shih tzu, they are known as “lion dogs” because of their resemblance to the Chinese guardian lions.

During the “opium wars” of the 19th century, five were brought to the UK and given as gifts to the aristocracy, with one being presented to Queen Victoria. She was christened Looty and lived a life of luxury at Windsor Castle until her death in 1872. 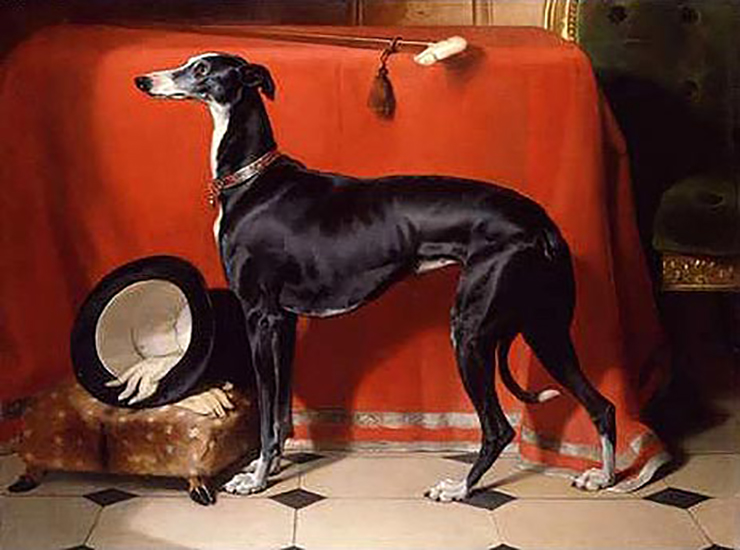 There is evidence that these elegant sighthounds were used for hunting by the ancient Egyptians, Romans, and Greeks. The breed has been a favourite of the aristocracy for centuries, so much so that during the Middle Ages when King Canute of England established the forest laws, only the nobility were allowed to own this breed—causing the death of one of these prize hounds was punishable by death.

The breed features prominently in the heraldry of the time and at one point over 400 noble families in France had a greyhound on their coat of arms. The Tudors were especially fond of these noble creatures, with Henry VII, Henry VIII, and Elizabeth I owning a number of hounds. King James I was also a huge fan of greyhound coursing and had a large pack of hounds. Perhaps one of the most famous royal greyhounds was Eos, who belonged to Prince Albert, the husband of Queen Victoria. A life-size bronze statue stands to this day at Osbourne House on the Isle of Wight. 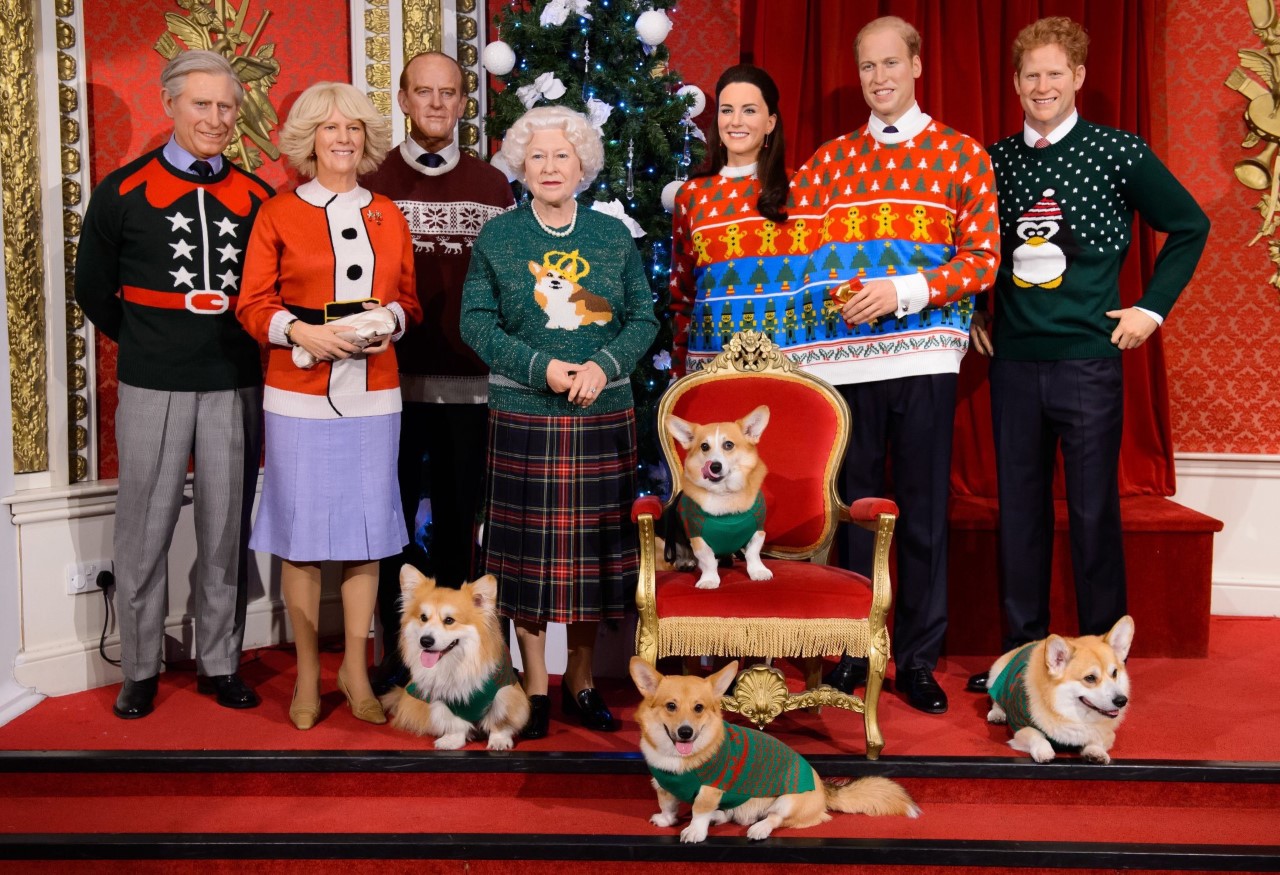 The short-legged Pembroke Welsh corgi has the honor of being much loved by the monarchy. King George VI bought a dog called Dookie for his daughters in 1933 and the breed has been in residence at Buckingham Palace ever since. In fact, Queen Elizabeth II has owned over 30 corgis and a number of dorgis (corgi-dachshund crosses) during her reign, most descended from her first one, Susan.

She currently has two corgis named Holly and Willow, along with two dorgis called Candy and Vulcan. Her Majesty also breeds and trains black Labradors and cocker spaniels at her Sandringham estate.

Whether a commoner or royalty, one thing is for certain: the special relationship between dog and owner is something that has been appreciated for thousands of years and is why, whatever the breed, dogs really are man's best friend.

Husband, father, and avid dog lover. Currently the proud owner of George, a pedigree Golden Retriever that barely leaves my side. However cute this sounds, a little break from the dog hairs every now and then would be nice.