After more than seven decades, a heroic dog who fought in World War II has at long last received the recognition he deserves for his part in the U.S.-led Operation Husky campaign.

Chips, a German shepherd-husky mix, helped Allied forces storm the beaches of Sicily in 1943. Ultimately, the invasion of Sicily forced Hitler’s hand and caused him to cancel other military operations in order to divert troops to Italy’s aid, which in turn made the Axis vulnerable on the Eastern Front. 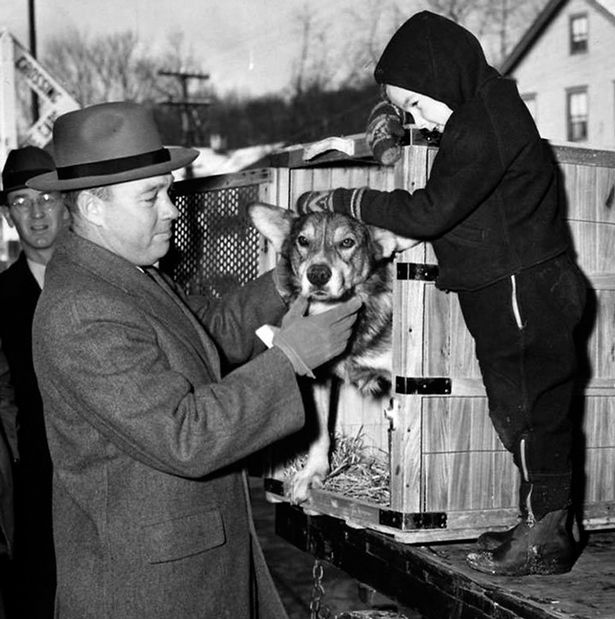 Although Chips is most famous for his bravery on the battlefield, he didn’t start out his life as an army dog. Initially, he was the pet of Edward J. Wren and lived the life of a normal dog with his family in Pleasantville, New York.

But U.S. civilians were often urged to volunteer and donate what they could to support the ongoing war effort, and many were happy to oblige. Some bought war bonds while others gave up useful materials (such as rubber from their tires and metal from their pots and pans) in scrap drives.

Some particularly patriotic citizens even donated their dogs to the cause, which is how Chips ultimately ended up leaving his life as a pet in Pleasantville behind to learn how to serve at the War Dog Training Center in Front Royal, Virginia. 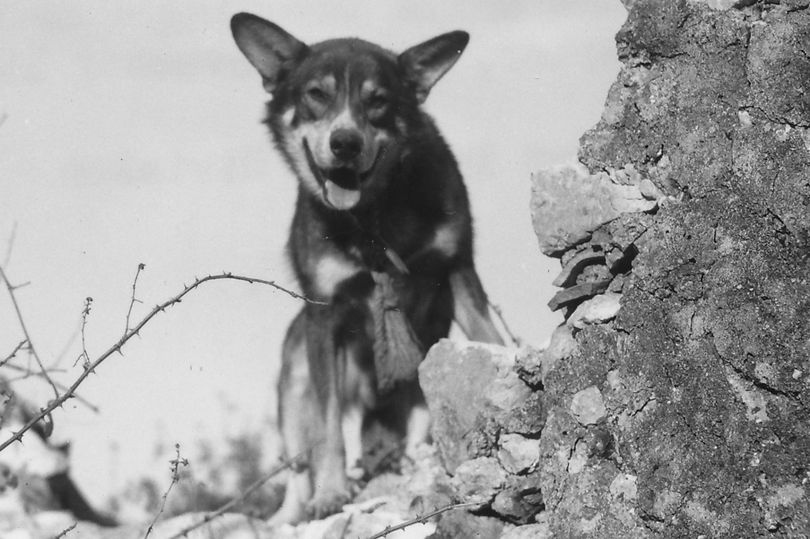 Following his training, Chips went on to become a part of the 3rd Military Police Platoon and the 3rd Infantry Division, and his duties took him across North Africa, Italy, France, and Germany. He was noted as one of the first dogs to serve with the U.S. Military Police overseas, but he is most widely known for his acts of bravery in the Operation Husky invasion.

Members of his platoon were pinned down by Italian machine gunners firing from the inside of a pillbox on the Sicilian shore. The situation seemed bleak for the Allied troops, since the pillbox encapsulated the machine gunners in thick concrete cover on higher ground, allowing them to fire from a superior defensive position. If the members of Chips’s platoon peeked from their own cover to return fire, it would leave them vulnerable to the machine gunners’ onslaught.

But no one could have anticipated what would happen next during the intense combat situation. It might have been a product of Chips’s protective instincts, divine intervention, or a mixture of both, but the war dog broke away from his handler, Pvt. John P. Rowell, and raced through the chaos of the battlefield toward the machine gunners’ nest.

Miraculously, he made it inside the pillbox and attacked the gunners, wounding some and driving them outside the safety of their cover. This was enough to give the members of Chips’s platoon the upper hand, allowing them to capture the four Italian soldiers that had been driven out of the nest by the courageous dog.

Unfortunately, Chips’s heroic act did come at a price: when platoon members found Chips in the pillbox, they noticed that he had sustained injuries to his scalp and suffered gunpowder burns during his exchange with the Italian troops. But, not one to ignore his sense of duty, Chips went on to take an additional ten soldiers prisoner that same day. 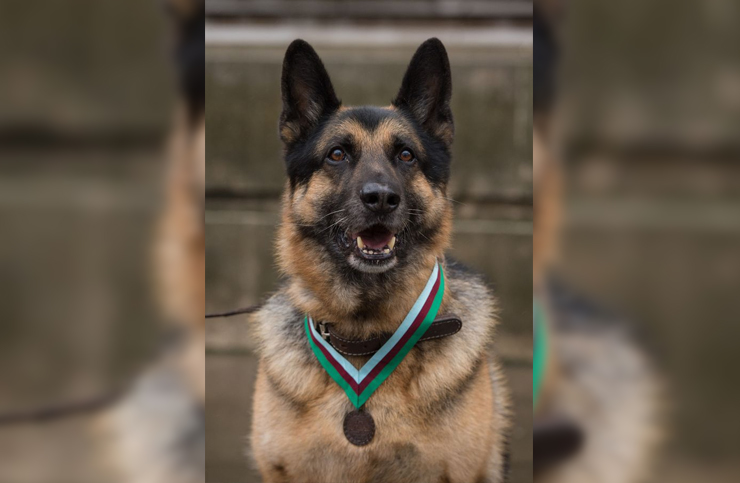 In an Italian churchyard on November 13th, 1943, Chips was awarded the Distinguished Service Cross, the Silver Star, and a Purple Heart for his heroic actions on the battlefield. He would go on to serve in eight campaigns, including his role as a sentry during the Casablanca Conference of 1943, at which Winston Churchill and President Franklin D. Roosevelt met to plan their next actions in Europe.

Unfortunately, even though they were well deserved, Chips’s medals were eventually taken away due to a military policy that barred animals from receiving official commendations. But when they heard the news, Chips’s human brothers in arms came together to give the gallant dog a number of awards themselves, including a Theater Ribbon with an Arrowhead for his successful assault landing and Battlestars for each campaign he had served in.

Chips returned home in 1945 to be reunited with the Wrens after three years of separation. But, sadly, their time together would be brief. Chips died only a year later due to complications from the wounds he had sustained on the battlefield.

Accolades for a Job Well Done

Thankfully, after 71 years, Chips is finally getting the official recognition he deserves. On January 15th, Chips was posthumously awarded the Dickin Medal for his service in World War II, which is said to be the animal equivalent of the Victoria Cross—the United Kingdom's highest award for a member of the armed services.

The ceremony took place at the Churchill War Rooms in London, and it was awarded on the 75th anniversary of the Casablanca Conference. U.S. Military Dog Ayron received the medal in Chips’s stead.

When he was asked about the award, 76-year-old John Wren, the son of Chips’s owner, Edward J. Wren, said that it “means a lot to his family,” adding, “If you look at what he did, it was pretty unbelievable.”