Home > Blog > 2022 > September > Great Pyrenees vs. Maremma Sheepdog: Can You Tell Them Apart? In the last blog, we discussed the English Cocker Spaniel and the Irish Setter. This time, we will look at two large guardian breeds and what makes them similar and different. It is the Great Pyrenees versus the Maremma Sheepdog.

The Great Pyrenees breed was developed from large Asian dogs initially used to guard nomads’ horses, sheep, and goats. When nomadic bands moved from Central Asia to the West, they brought many of their large dogs along and traded some of them with the locals. The nomads eventually made their way to the Pyrenees Mountains, a natural border between France and Spain. Their dogs were used to guard livestock against thieves and natural predators. The breed was still heavily utilized in the Pyrenees to protect the flocks from predators through the 1800s. By then, most of the large predators of the mountains were nearly wiped out. Today, the Great Pyrenees is one of the most well-known and widely spread flock-guardian breeds. Not only are they still utilized for their original purpose, but they also participate in obedience trials, search and rescue, therapy work, and are an impressive favorite in the show ring.

Like the Great Pyrenees, the Maremma Sheepdog breed was also developed from large Asian dogs. They are sometimes known as the Maremmano-Abruzzese Sheepdog after the Italian regions where they were originally founded. These dogs worked alongside herders for thousands of years as livestock guardian dogs, prized for their independent and protective nature. The Maremma Sheepdog is known as a gentle giant unless they identify a threat. They are observant and discerning, capable of telling herd from predator and friend from foe. 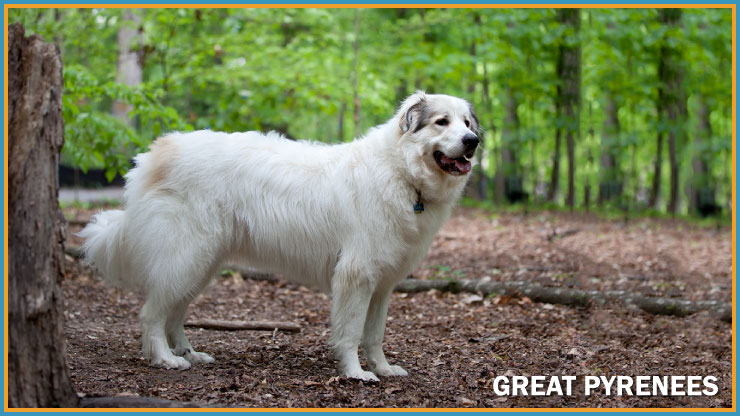 One fundamental similarity between these breeds is their appearance. Both typically have large, fluffy white coats. The Great Pyrenees has a rough and flat coat type, while the Maremma Sheepdog only has a long, supple outer coat. However, both have thick undercoats and shed yearly. Since they generally spend much time outside in harsh conditions, their coats fare better with regular grooming.

Another similarity is their temperament. Both breeds are independent but bond strongly with their intended herd and people. Being even-tempered, they are family-friendly and get along well with other pets and animals they are socialized with early in life.

Another difference is the ears of these dog breeds. Both breeds' ears are considered small to medium in size, but the placement differs. For the Great Pyrenees, their ears are set relatively low on the skull at eye level when in repose. The ears may raise slightly when the dog is excited or alert. The Maremma Sheepdog’s ears are set high on the skull, above the level of the zygomatic arches. Also, in terms of ear shape, the Great Pyrenees will have triangular V-shaped ears with rounded tips, whereas the Maremma Sheepdog will have triangular V-shaped ears with pointed tips. Neither of these dogs’ ears will be long, fly-away, or overly large. 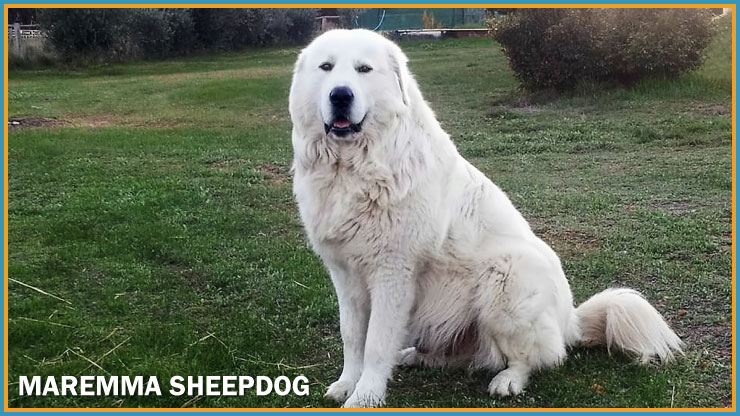 These remarkable dogs remain true to their ancestral roots as long-time guardian breeds. Highly trainable while also being independent thinkers, they will watch over any livestock with vigilance and authority. Toward their people, they are loyal, protective, and affectionate. Both breeds are at their best when a job needs to be done!