In the last comparison blog, we discussed the Alaskan Malamute versus the Siberian Husky. This time, we will consider the similarities and differences between the English Cocker Spaniel and the Irish Setter. Let’s take a look!

The English Cocker Spaniel has a long history with roots in Spain and England. Like many modern-day Spaniels, the English Cocker Spaniel descended from the original old Spaniel dogs of England, whose heritages can be traced back to the famous Spanish bird dogs of old. Before the 1600s, a Spaniel performed the function of flushing fowl into a net. After the invention of the gun, a Spaniel could flush fowl into the line of fire. In 1882, the Kennel Club of England officially separated the Spaniels into three varieties based on size and usage: the Field Spaniel, the Springer Spaniel, and the Cocker Spaniel.

Irish Setters are also known as the Irish Red Setter. Bred to hunt game birds, they were trained for netting, a process where the dog seeks game, crouches before the quarry, and waits for the hunter to cast a net, covering the prey and the dog. As the sporting gun was added to the field, the Irish Setter’s purpose transformed into pointing game by quartering (where the dog zigzags across an area in front of the hunter).

Some estimates mark the Irish Setter’s appearance in early to mid-1700s Ireland, according to written records. However, at its first conception, the Irish Setter resembled the Irish Red and White Setter with a mainly white coat bearing red areas. In the nineteenth century, selective breeding created the modern Irish Setter’s striking solid red coat ranging from chestnut red to mahogany. 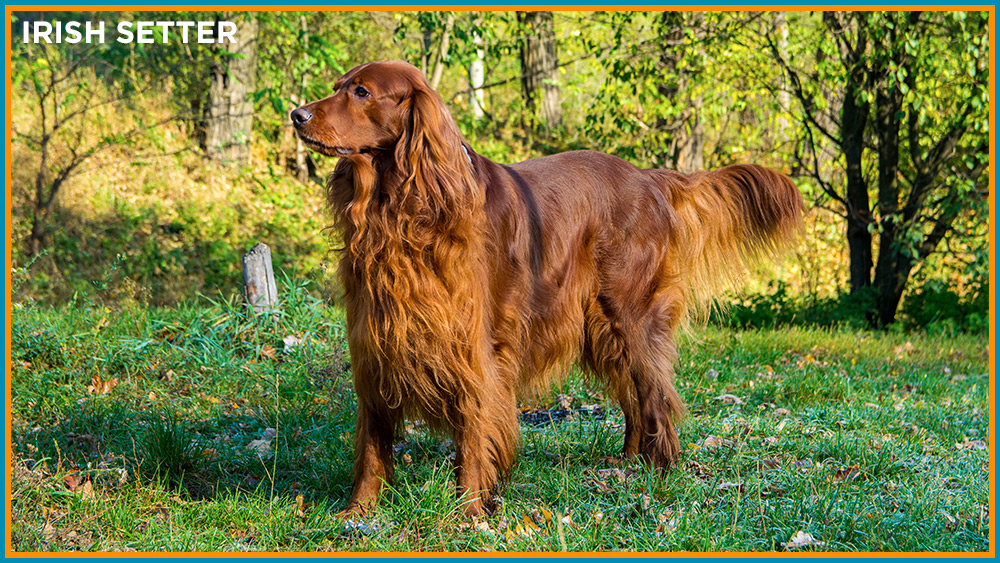 Both have good temperaments and were made to work and hunt. Proper training should begin as soon as possible to keep these dogs out of trouble and from developing destructive habits out of boredom.

One difference between these breeds is in coat colors. English Cocker Spaniels can be the solid colors of black, liver, and any shade of cream to red, including yellow, lemon, golden, and tan to dark mahogany. They can also be black or liver with tan points, or sable, or any of the above-listed colors or patterns with white, ticked, or roan markings. They can also be parti-color which is any of the above-listed colors and patterns with approximately equal parts of white, ticked, or roan coat markings. 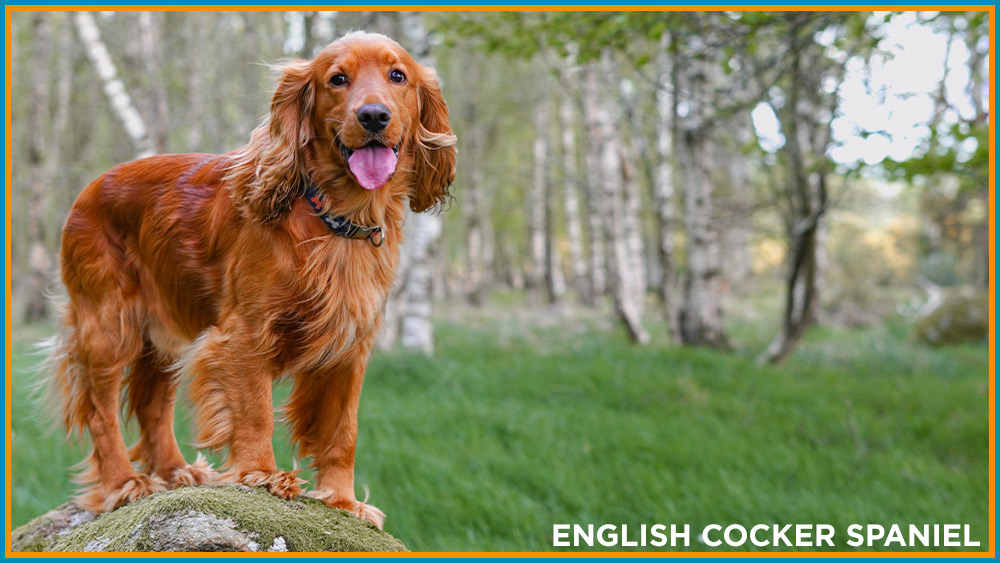 Both of these breeds make for great hunting companions. English Cocker Spaniels are affectionate and energetic, ready to get a job done! Irish Setters are a beauty in the dog world and, even though loyal and devoted to family, these dogs can be stubborn. Training and keeping these dogs busy – especially working their senses for what they were bred for – will help them excel.