There is perhaps no greater example of a tried and true, hardworking sleddog breed than the Seppala Siberian. But, in order to understand why the breed is so revered, it is important to first understand its heroic beginnings.

In 1925, the city of Nome, Alaska, was gripped by an outbreak of diphtheria, a dangerous and deadly bacterial disease that targets the respiratory system. Unfortunately, the city had no viable diphtheria antitoxin to combat the disease, and the closing of Nome’s only port for the winter meant that the medicine could not arrive by boat until the season had passed (this predated the use of snowmobiles and dependable air delivery in harsh climates), leaving the city’s population of 2,000 completely at the mercy of the highly contagious disease.

Thus began the 1925 Serum Run to Nome, also known as the Great Race of Mercy, in which 20 mushers traveled with their teams of dogs across a total of nearly 700 miles of unforgiving Alaskan ice and snow to deliver the medicine that the town desperately needed. This is where the legend of the Seppala Siberian sleddog was born.

Two teams of mushers engaged in what was essentially a relay race, with one team starting at Nenana in the east and the other at Nome in the west. The eastern team took the serum to Nulato in the middle, where it was then transferred to the western team who raced to bring it back to Nome as quickly as possible. Leonhard Seppala, a man who had previously won the All-Alaska Sweepstakes annual dog sled race three times and made the run from Nome to Nulato in a record-breaking four days’ time, was tasked with carrying the serum across the most dangerous leg of the relay, traveling from Nome to Shaktoolik, and then to Golovin.

Arctic storms ushered in gale-force winds and record-low temperatures that sprawled across the Alaskan frontier, slowly lurching into the contiguous United States. The change in weather made the path remarkably treacherous, reaching temperatures lower than −60 °F and claiming the lives of multiple dogs from the teams carrying the serum from Nenana to Nulato. 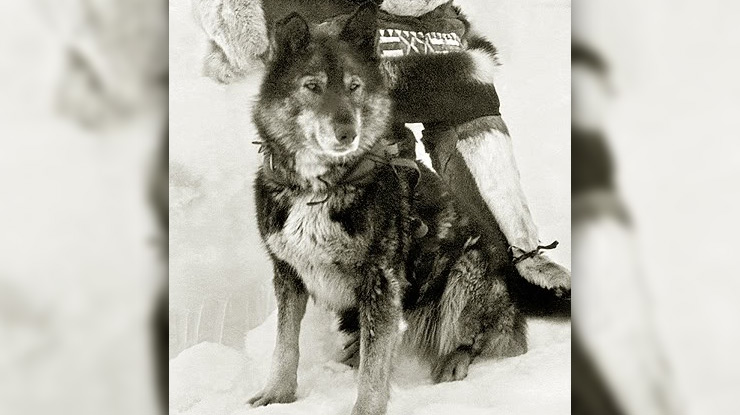 After receiving the serum, in an effort to keep time and ensure that the medicine arrived unspoiled, Leonhard Seppala relied on his lead dog, Togo, and the rest of the team to make it through whiteout conditions straight into the heart of the furious blizzard.

Seppala decided to take a shortcut across the frozen waters of the Norton Sound. If everything went as planned, alternate route would cut an entire day’s time out of the journey, but it was a risky strategy. The wind caused the ice that covered the Norton Sound to become exceptionally slippery for the dogs, and the ice itself was unstable and full of cracks, making the threat of falling into the hazardous waters or floating off on a dislodged chunk of ice very real. But, among the thousands of Nome residents whose lives were at stake was Seppala’s eight-year-old daughter, Sigrid, and that was more than enough motivation for him to do whatever it took to get that serum to town on time.

Unfortunately, Seppala’s concerns about taking the shortcut became reality when the journey across the Norton Sound halted abruptly after Togo made an unexpected, immediate stop. Seppala, irritated by the sudden delay, left his sled and walked toward his lead dog to get him back on track, but he soon understood what had caused the intrepid Togo to brake without warning.

Visibility was low, but as Seppala made his way forward, he saw it—the end of the ice. He and his team were floating helplessly through the Norton Sound. They were now completely at the mercy of Mother Nature, and the weather of the previous days made it clear that mercy was in short supply.

Seppala and his dogs continued drifting through the bitter cold for hours until Togo noticed that the winds had begun to direct the floe nearer toward the shore. Understanding how limited his options were, Seppala made the difficult and extremely risky decision to tie a line to Togo’s harness, toss him into the freezing waters of the sound, and hope that he would be able to cross the gap between the two sheets of ice with the rope and pull them together, allowing Seppala and the rest of the dogs to cross over. 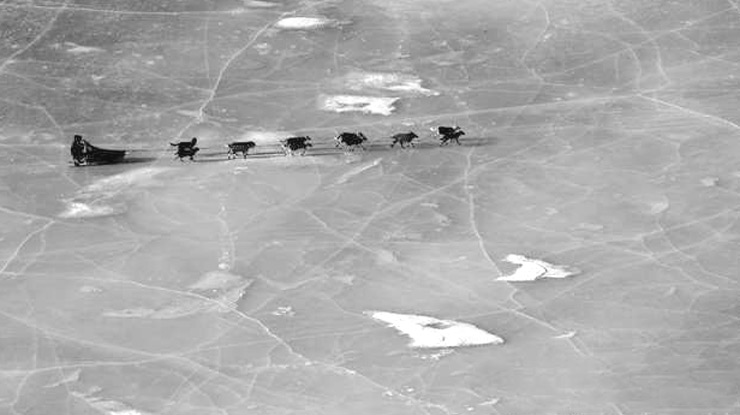 Although he had not been trained to do so, Togo seemed to instinctively understand what needed to be done after he made it into the water. However, to Seppala’s horror, the line Togo carried broke just before he made it onto the ice at the other side. According to The Cruelest Miles, Gay Salisbury and Laney Salisbury’s 2003 account of the Great Race of Mercy, what happened next would stun Leonhard Seppala and ensure that Togo’s legend would live on for generations. Despite having no training for the situation and a clear motivation not to do so, Togo jumped back into the water, grabbed the torn line with his mouth, and carried it back to the top of the floe before pulling Seppala and the rest of the dogs to safety.

After finally being freed from their icy prison, Seppala and his dogs continued to push through more dangerous terrain until they at last reached Charlie Olson and his team in Golovin to pass along the serum. Because of Togo’s uncanny instincts, he didn’t just save his master and the rest of his sled team—he likely saved the lives of hundreds, if not thousands, of Nome’s residents. Exhausted but alive, Leonhard Seppala and his dogs could finally take a well-deserved rest,  having traveled nearly 270 miles at a breakneck pace in nightmarish conditions to get the serum to its destination. Together, they had beaten the odds and reduced the time of the serum’s estimated arrival by an entire day.