Kia Ora! If you’re thinking of taking a trip, why not go somewhere where you can take your dog along for the adventure? After all, there’s nothing quite as satisfying as seeing new places with your best friend by your side.

And as for the best place to visit? You may want to consider heading to the island paradise of New Zealand. The island nation has a colorful canine history and can be the perfect place to travel with your tail-wagging companion. From the origin of certain breeds to the tale of a beloved wandering pup, let’s take a look at some of the top dog-related facts from New Zealand, as well as a few tips to help a trip there go as smoothly as possible. 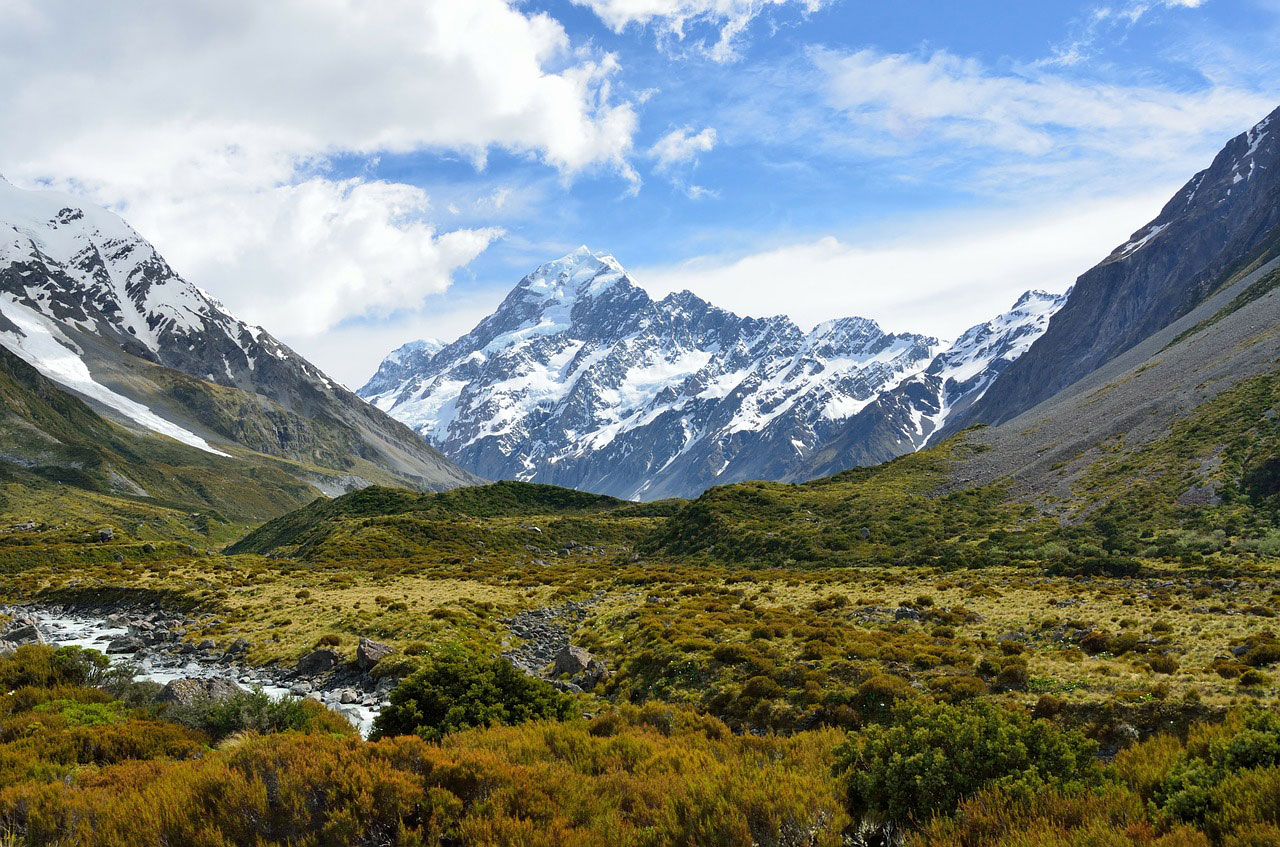 Here are a few of the dog breeds that have actually originated in New Zealand.

The quick-eyed, lightning-fast New Zealand heading dogs were bred with shorter fur in order to allow them to survive and work in the hot island climate. The breed has excelled at sheep-herding ever since it first appeared on the island in 1867. In fact, New Zealand Heading Dogs are loaded with energy and are extremely agile, making them excellent not just for the average sheep herding gig but also for sheep herding competitions, as well.

Unfortunately, one New Zealand dog breed that you won’t be able to see very easily on your travels is the extinct kurī. The breed historically served as companions, hunting dogs, and even a form of sustenance to the early Maori natives of the island. The short-legged, bushy-tailed, fox-like creatures were plentiful when the explorer James Cook visited the island in 1769—the famous European captain even reportedly sampled the indigenous canine delicacy.

However, after the arrival of European settlers, the dog gradually became extinct. If you decide that you really do want to see a kurī at all costs, you can still see the remains of the last female and her puppies at the Museum of New Zealand Te Papa Tongarewa in Wellington, NZ.

A newer, still very much alive native New Zealand dog is the huntaway. Developed by combining several breeds, including the border collie and Doberman, the huntaway is a medium- to large-sized dog with a loud, powerful bark that comes in very handy for its primary career choice, which also happens to be that famous New Zealand past time, sheep herding.

Bred to keep sheep together in the hilly New Zealand countryside, huntaways first appeared on record in 1870, although they actually weren’t formally acknowledged by the New Zealand Kennel Club until as late as 2013.

While dog breeds are interesting, sometimes it’s the individual dogs themselves that have the best stories. Paddy the Wanderer was New Zealand’s version of Greyfriars Bobby. The Airedale terrier’s storied beginning was as “Dash,” the pet of a young girl whose father was a seaman. Dash visited the wharves of Wellington, NZ, on a regular basis with his family until his girl passed away in 1928.

At that point, Dash took to the wharves as his new home, where he became known by the new moniker “Paddy the Wanderer.” Paddy was recognized by all of the local personnel, from those living by the water to the workers, seamen, and even taxi drivers. Their love of the community pet was shown in the fact that they would band together to pay for his annual dog license. Over the years, Paddy fulfilled his “wandering” title as he took trips to other New Zealand and Australian locations by road, sea, and even air.

When Paddy finally slowed down and ended his wandering days, he retired to a wharf shed and continued to be visited by his avid fans on a regular basis. When he died, the legendary dog’s passing was reported in both the local newspapers and radio, and a drinking fountain was dedicated to the beloved canine. 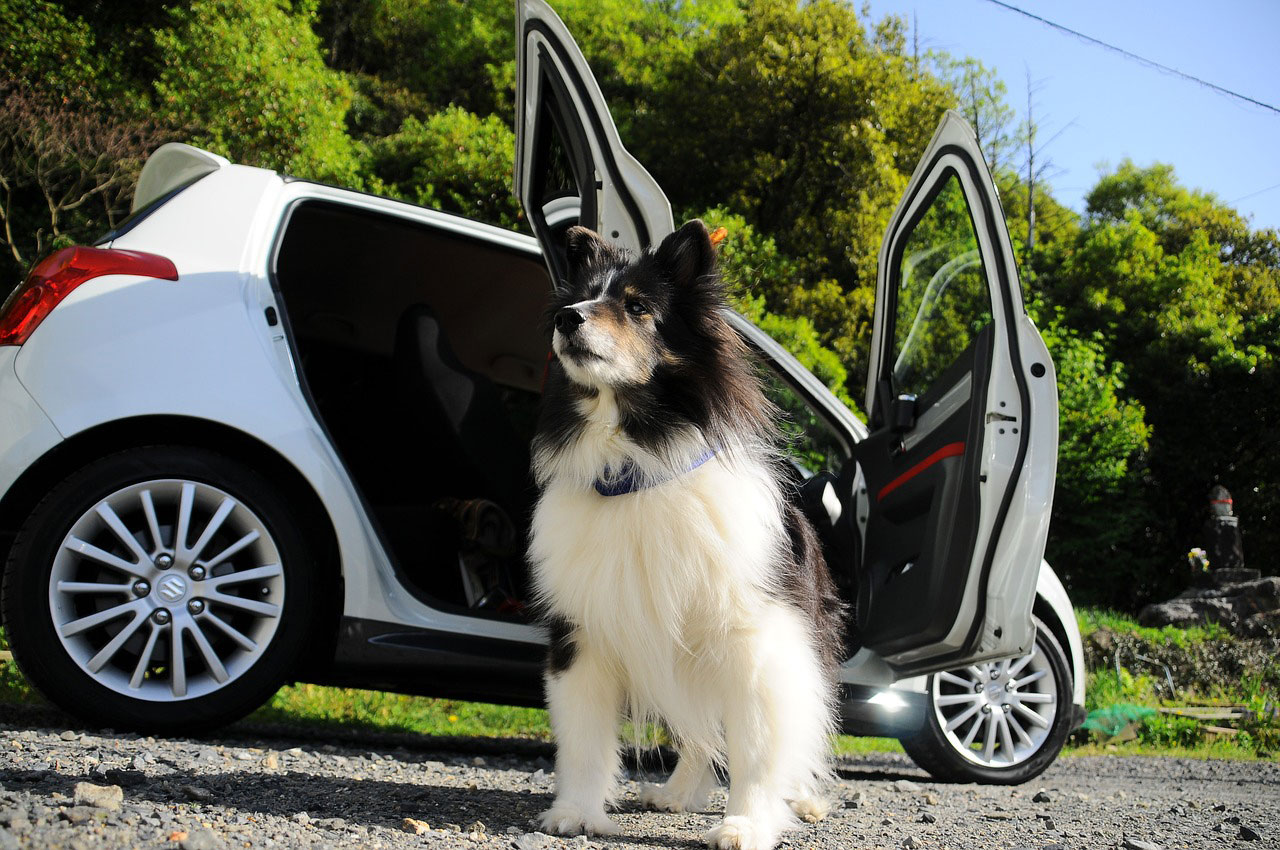 Tips for Your Trip

While New Zealand is filled with all sorts of dog-infused history, you’re still going to want to be thoughtful about how you plan your visit to see all of the tail-wagging sites. Here are a few travel tips to help you and your pup have the most fun possible as you travel through the land of the Kiwis.

Preparing Fido to Travel: The Basics

Whether you have a mammoth Great Dane or a lap-sized Chihuahua, international travel can be tricky business for a dog owner. Here are a few travel-oriented things to keep in mind.

A Special Note for Island Travel. If you’re making plans to travel to any island nation, there are quite a few extra steps involved that you’ll want to attend to before you get yourself into trouble. It’s a process that begins long before you get on a plane. You’ll want to make sure that your animal is chipped, vaccinated, and has all of the proper documents. In addition, you’ll also want to make sure that you’re visiting for a long enough period of time, as there is typically a 10-day quarantine before you can travel with your pet. Here is the official documentation from the government of New Zealand regarding getting a permit to bring a cat or dog onto the island.

Take Care of Yourself, Too!

Don’t forget to take care of your own needs, too! For example, when traveling internationally it’s always important to consider things like whether you should use cash or a credit card. Also make sure to pack as lightly as possible, since you’ll be carrying your own equipment and your dog’s.

As a few final suggestions for places to visit apart from the doggy sites, remember that New Zealand is where blockbuster movies like The Lord of the Rings have been filmed. The colorful and exciting metropolis of Auckland is worth a visit as well. And, of course, you’re also going to want to consider bringing or renting a wetsuit (as well as one for your pup) and hitting up those pristine New Zealand beaches. Happy travels!