Statues have been around for centuries, capturing many historical events and people in time! Did you know that there are several famous dog statues around the world too? So if you like to travel or just happen to find yourself near one of these locations, this might be a good next stop on your road trip! We are listing out the Top 10 Dog Statues Around the World. 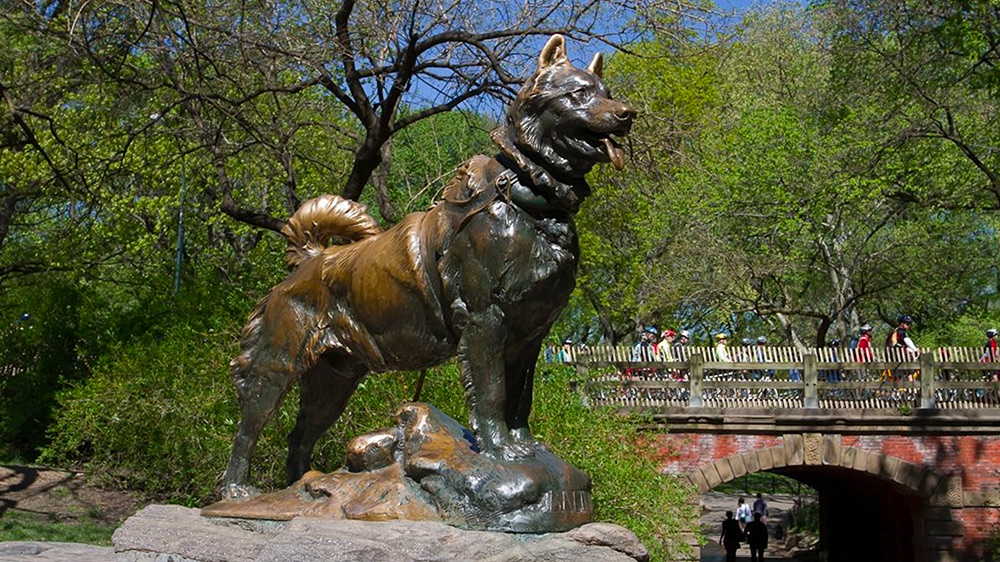 In 1925, there was an outbreak of diphtheria in Nome, Alaska. Balto was one of Gunnar Kaasen's sled dogs that made the challenging journey from Anchorage to bring much-needed medicine to them. The sculpture was commissioned by Frederick Roth and stands in Central Park. 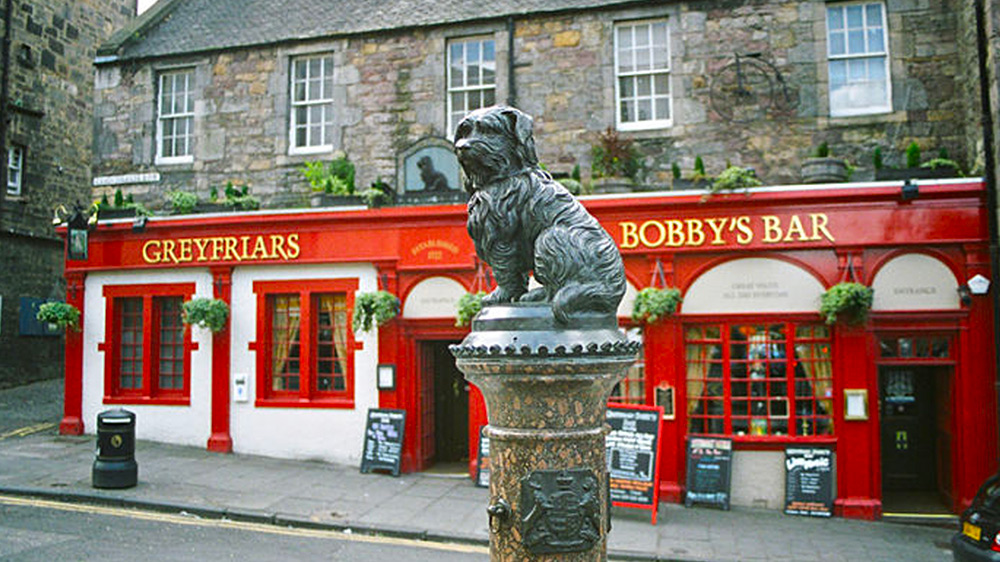 This little dog was a Skye Terrier in Scotland and the pet of a man named John Gray. Gray was a gardener in Edinburgh. Bobby would normally follow him around while he worked. Gray died in 1858 of tuberculosis and his dog remained at his graveside for fourteen years. 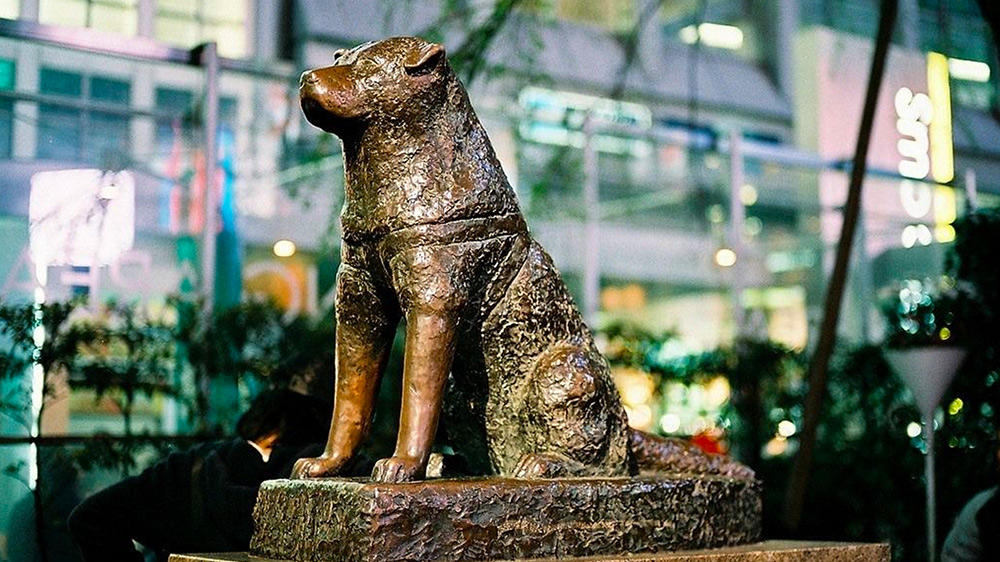 His bronze statue stands by the Shibuya Train Station in Tokyo. He was the beloved pet of Eizaburo Ueno and would accompany him to the train station in the morning and afternoon. One day, Eizaburo suffered from a cerebral hemorrhage while at work and died. Yet, Hachiko continued to go to the station every day for the rest of his life. A reporter wrote the story of Hachiko in 1932, which made him famous as a faithful dog. 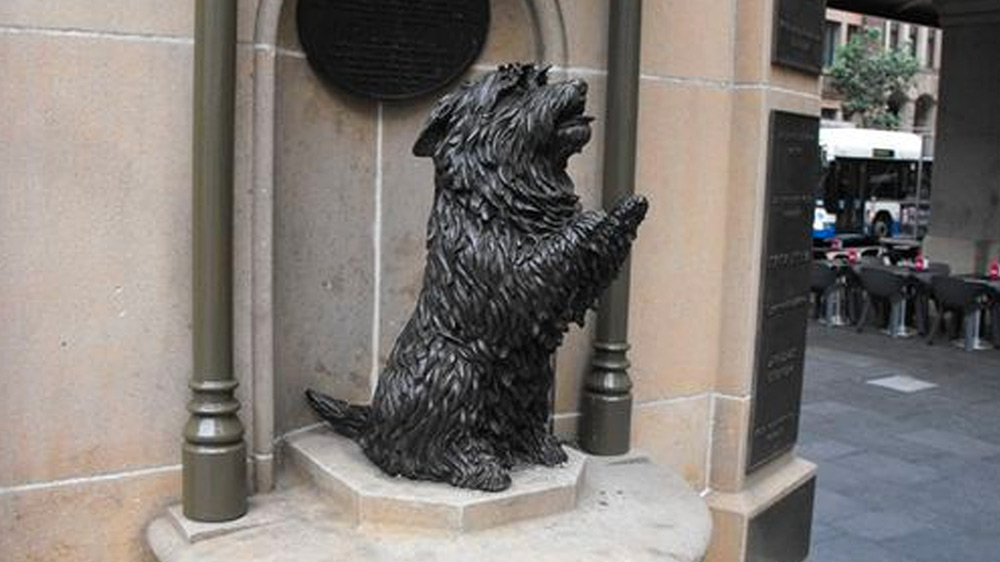 Islay was a Cairn Terrier and known as Queen Victoria’s favorite pet. His statue is placed outside the Queen Victoria Building on George Street in Sydney. He was only alive for five years, but his statue will forever memorialize him. 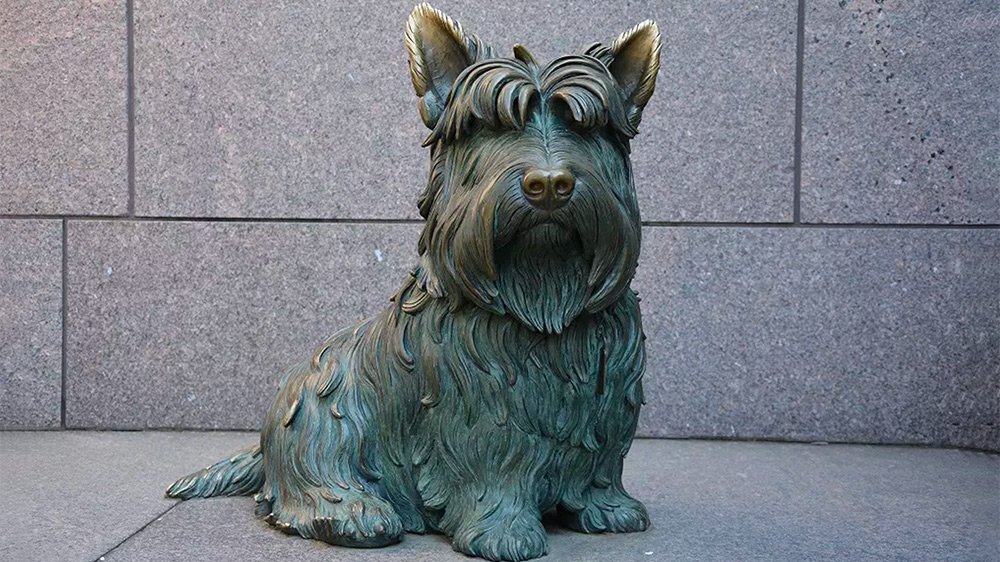 This Scottish Terrier led an interesting life as the pet of President Franklin D. Roosevelt. Fala traveled around the world with the president and became very well known. His bronze sculpture was created by Neil, Estern besides the president in Room Three of the Franklin Delano Roosevelt Memorial in Washington, D.C. 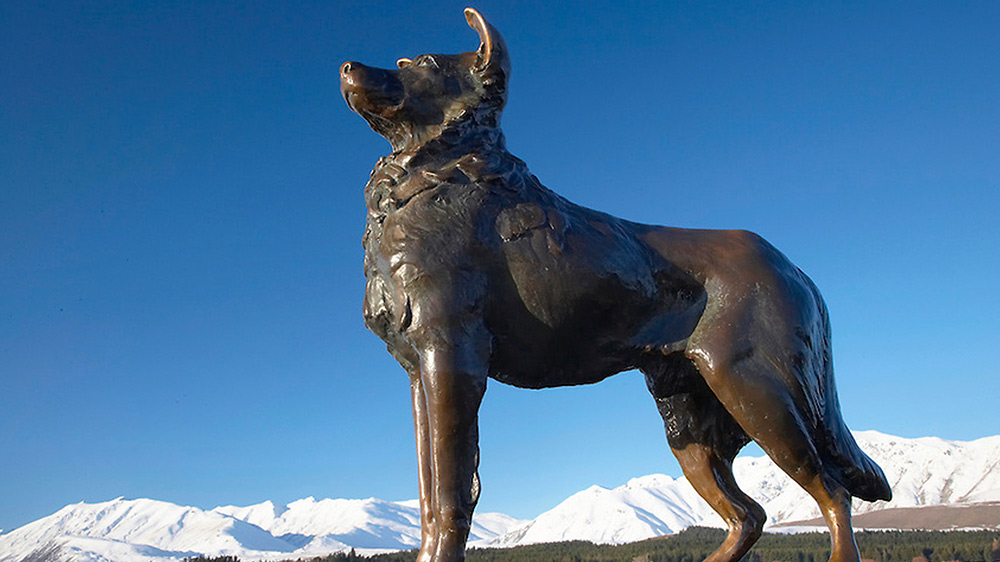 New Zealand has multiple dog statues, but the most prominent is the Border Collie statue. Dogs were used greatly for tasks such as hunting and farming that helped establish the country. Border Collie’s were brought from Scotland by nineteenth-century settlers and the statue itself has stood since 1968. It was created by sculptor Innes Elliott. 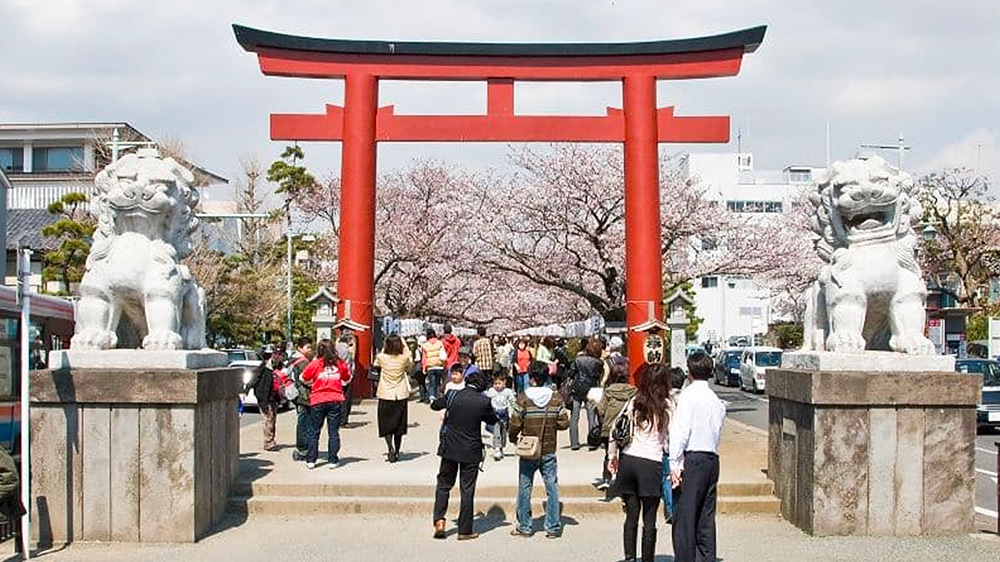 The Guardian Lion Dogs of China are also called Foo Dogs, but they look more like lions than dogs and resemble Chow Chows and Shih Tzus which were seen as sacred. The statues can be found across China. They stand as signs of protection and are normally set up in pairs, a male and female. 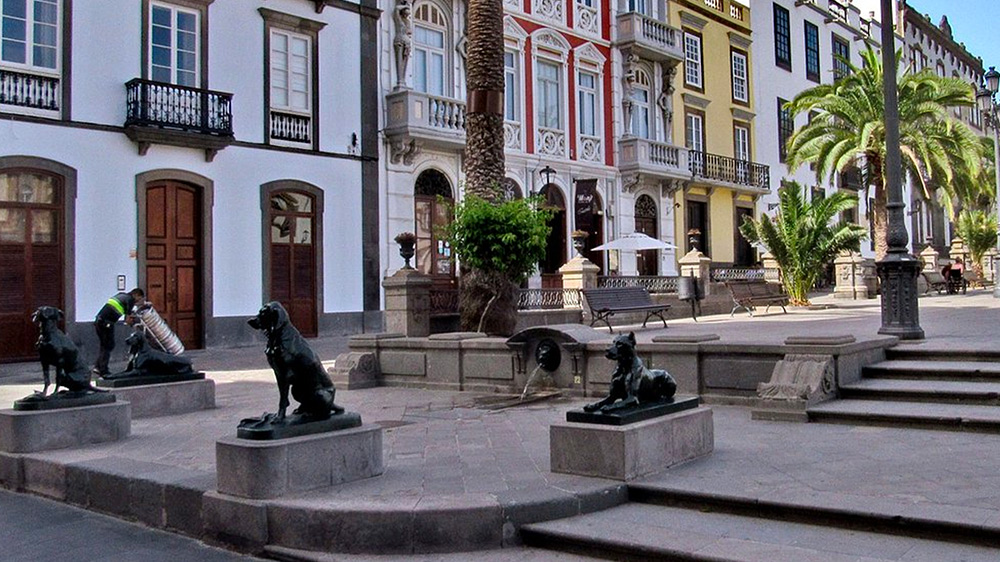 Like many of the other statues on our list, this is also not just one statue. There are multiple statues on the Canary Islands that represent a breed of dog known as canem or Canarian Hounds used for hunting. Eight statues stand in front of the Cathedral de Santa Ana. 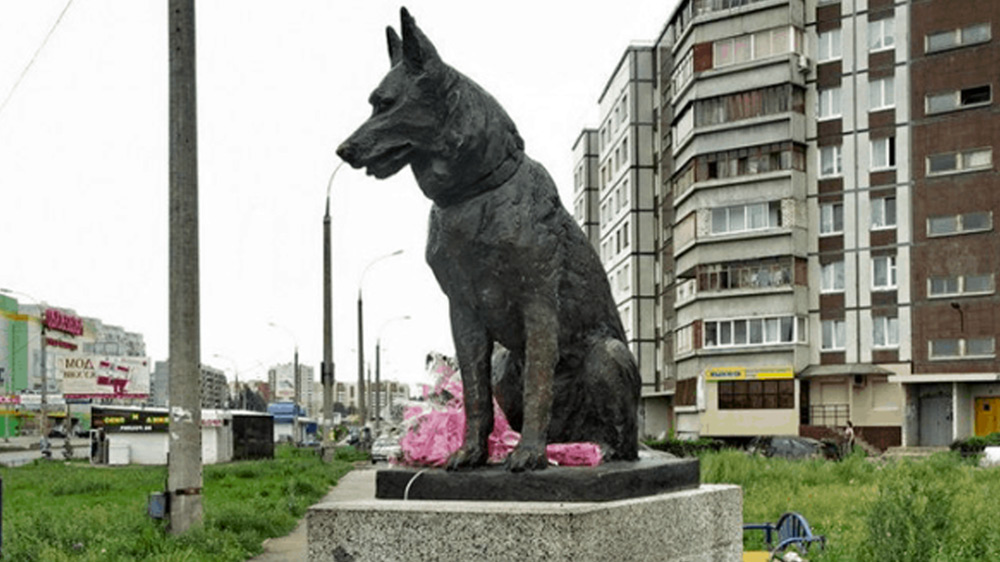 This monument is another set up for the remembrance of the loyalty of dogs. Every day, a German Shepherd would appear at the edge of the South Highway in Tolyatti, Russia. His owners had been in a car accident and died, and this was the spot where the dog would appear over and over. He was given the name of Kostya, which means faithful. 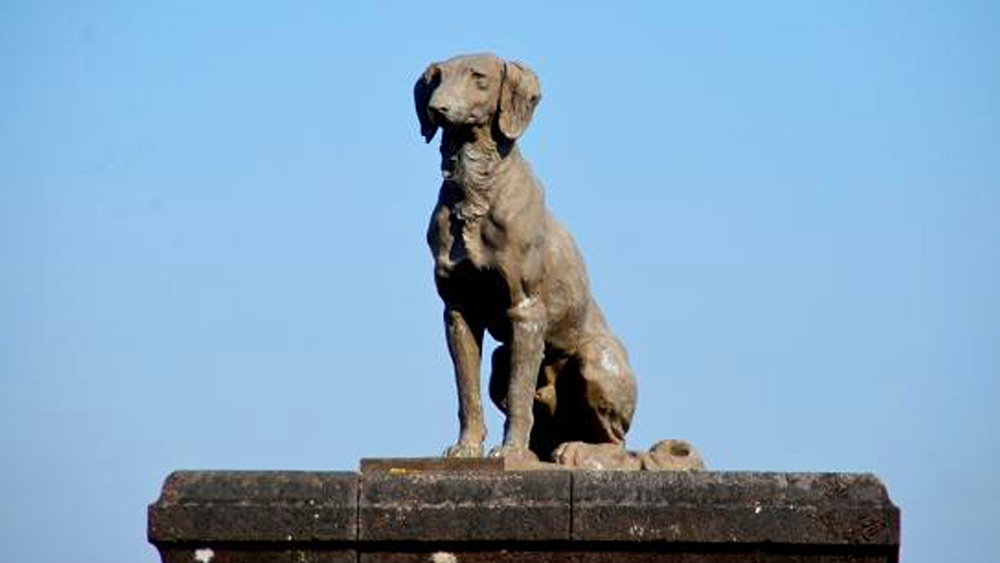 This dog was so loyal to his master, Maratha king Shivaji, that after the master’s death in 1680, the dog is said to have jumped into the funeral pyre with him. Waghya was a mixed breed dog and another renowned for his fierce loyalty.

It is amazing that dogs have done so much and have left such a mark on mankind. And this isn’t just the ones that are remembered in stone. Dogs do great things every day. They can be our greatest companions and are definitely worthy of remembrance. If you’re a dog lover, these statues and stories are worth looking into and visiting!