Recently, Stafford High School graduating senior Diana Bloom opened her yearbook with the rest of the seniors and found a heartwarming surprise on page 20. “They put his service dog in the yearbook I’m CRYING” she tweeted, along with a picture of 16-year-old junior Andrew “AJ” Schalk sitting next to his service dog, Alpha Schalk, at the bottom of the class photos page. Since the senior class gets the opportunity to read their yearbooks before the rest of the school, many of the other students didn’t know that Alpha would be appearing in their yearbooks until they saw Diana’s tweet, which has since gained over 3.6 thousand retweets and 9.5 thousand likes. 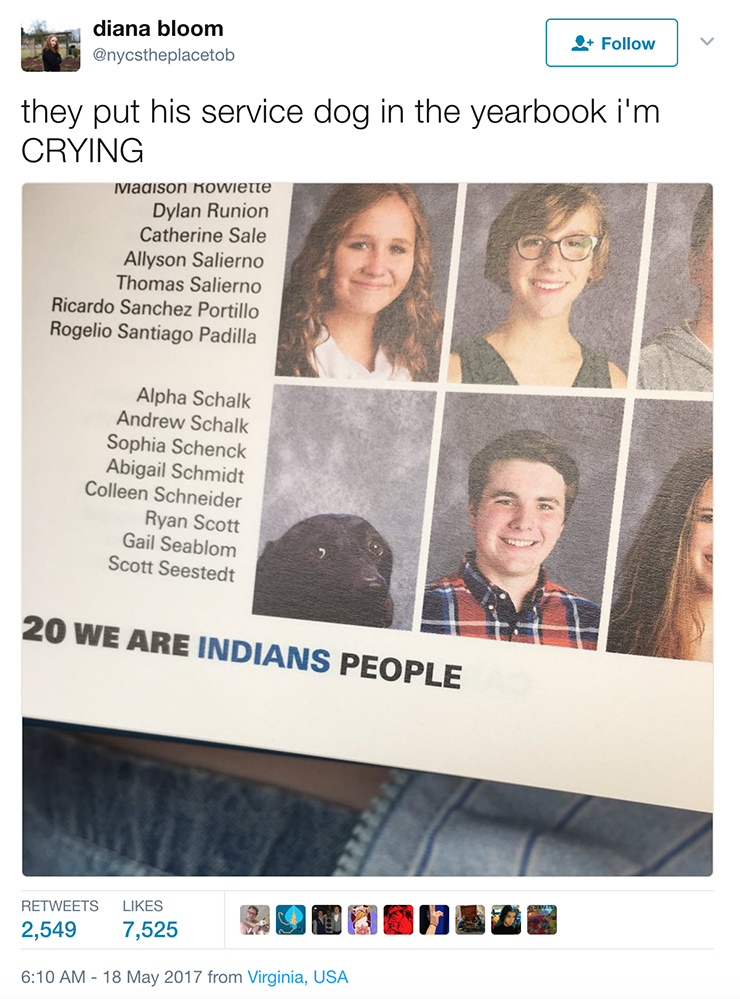 Alpha started coming to school with AJ last year to help him manage his type 1 diabetes. According to AJ, Alpha can actually let him know when his blood sugar levels have become either too high or too low 40 minutes before AJ would begin to notice that something was wrong. While Alpha’s ability to notice these changes may seem superhuman (and in a way, it is), there’s really nothing otherworldly about it.

As a service dog, Alpha was trained from puppyhood to use his impeccable canine sense of smell to detect seemingly small changes in the odor of his handler’s breath that would indicate unbalanced blood sugar levels. Since dogs have a whopping 220 million olfactory receptors in their noses compared to the relatively puny five million found in human noses, they are able to notice minute changes in breath composition long before they develop into something strong enough for a human to pick up on. If Alpha notices an irregularity in AJ’s blood sugar levels, he’ll give the young man his paw to indicate that something is wrong.

AJ’s condition cannot be taken lightly, and he says that the ever-vigilant dog has already saved his life a number of times. But AJ can say that as scary as living with type 1 diabetes can be, his experience hasn’t been all bad. “Being diabetic and having a disability, you wouldn’t think that’d be something positive, but taking [Alpha] to school every day and having everyone react so positively to him has had a positive effect on my life," Schalk told Inside Edition. "It’s changed it into something for me where I am excited to take him to school." 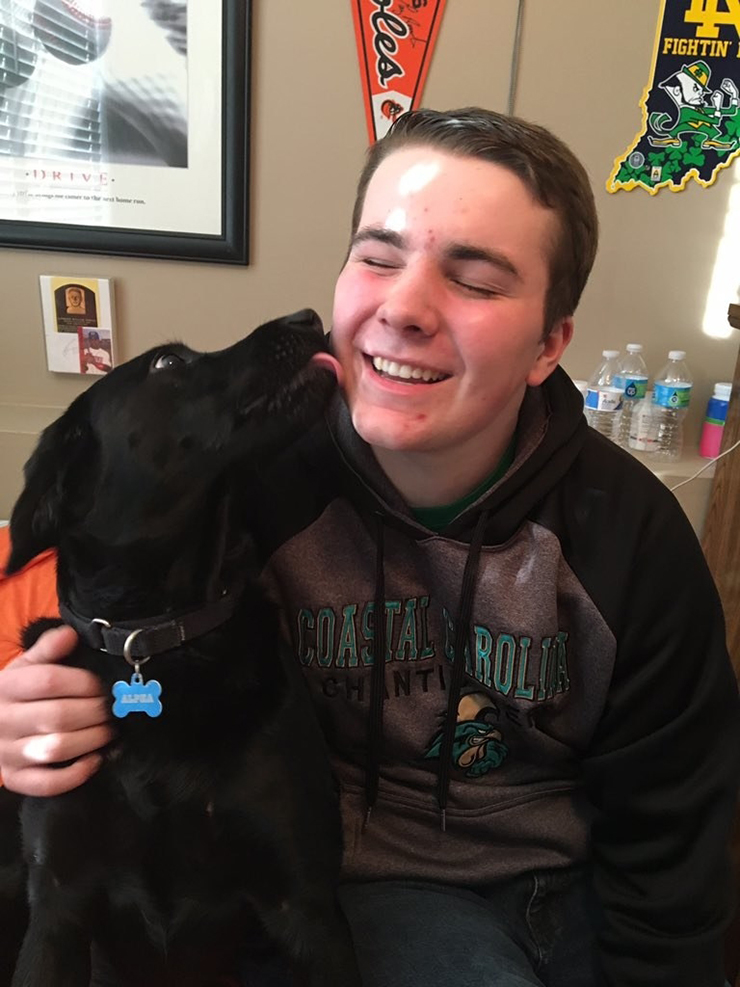 Indeed, both the students and teachers at Stafford High like seeing Alpha walking around the school with AJ, and having the cute pup around seems to make the experience more enjoyable for everyone. So, since both AJ and Alpha attend all the same classes and interact with all the same students and faculty on a daily basis, it only makes sense that Alpha would have a spot right next to AJ in the school yearbook. Alpha may appear a little camera shy for his close-up, but now he’ll always be remembered as the loveable, lifesaving dog that made Stafford High’s 2016-2017 junior class all the better.