Home > Blog > 2017 > March > Colorado Dog Seized by Authorities for Being Part Wolf Is Actually All Dog, According to Family’s DNA Test

Sure, we know that wolves and dogs are closely related—in fact, they are so similar that their mitochondrial DNA is 99.8 percent identical, and wolves and dogs can interbreed to produce viable pups. However, while the genetic differences between the two may be minor, when it comes to their relationship to us, the two could not be any further apart—dogs are considered man’s best friend, while wolves are often feared because of their wild, predatory nature.

While it makes sense for humans would be distrustful or fearful of wolves (since they are wild predators, after all), in the case of Capone, a dog that was adopted from a Colorado animal shelter nearly 10 years ago, it would seem that the fear became irrational. 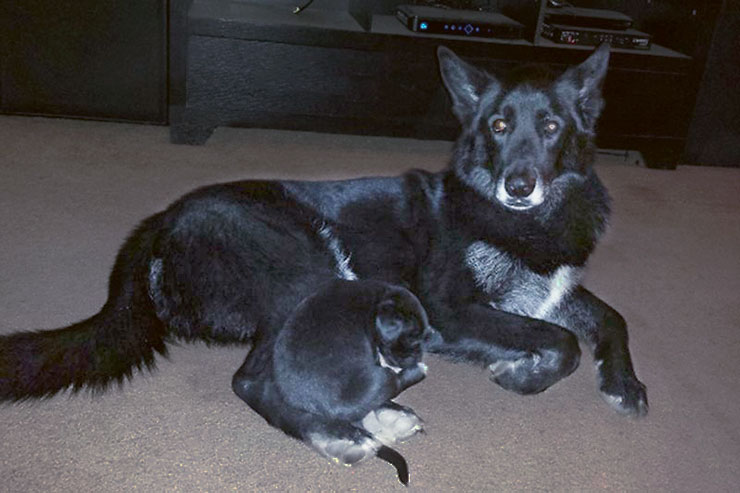 When Capone was adopted by the Abbatos, family members were told at the shelter that the dog was a German shepherd mix.

Fast-forward to last February when Capone managed to leap over the fence surrounding the Abbato property for an impromptu stroll around the neighborhood. Aurora Animal Control found Capone wandering around and caught him, but when the Abbatos showed up to retrieve their dog, officials refused to return him.

The reason? Animal control officials believed that Capone wasn’t actually a dog, but was instead a wolf-dog hybrid. They based the assumption primarily on his looks and mannerisms appearing more wolf-like than dog-like. Even though Capone’s own vet claimed that he was simply a dog, it wasn’t enough to sway authorities.

"They say he is a hybrid-wolf now and don't want to release [Capone] back to us because he is an exotic animal,” Capone’s owner, Tracy Abbato, told FOX31 after having her request to bring the dog home rejected by animal control. To make matters worse, if officials determined that Capone was in fact a wolf-hybrid, he would have to be euthanized.

The Abbatos strongly held their belief that Capone was a German shepherd mix and a beloved family member, nothing more and nothing less. However, as much as the family believed that Capone was 100 percent dog, there was plenty of tension to go around between the time it took to test Capone and the days it took to receive his results—and by that point, the whole world had become invested in his story.

Thankfully, Capone and his family finally caught a break this week with the arrival of his DNA test results.

"We got some good news last night," Tracy Abbato said in a recent interview with FOX31. "Capone is not [a] wolf at all. He doesn't have an ounce of wolf in him."

So, while Capone hasn’t been released yet, the Abbato family now has solid evidence that will hopefully lead to the dog’s exoneration during his court hearing this week.

Capone has been officially released by Aurora Animal Control under the condition that his family will keep him indoors or on-leash until a six-foot-tall privacy fence can be built around the yard area. Thankfully, court and shelter fees have been waived for the Abbato family, so that money can go towards building a more secure environment to keep Capone safe and happy at home.