Let’s face it: most people don’t get as much exercise as they should. Wouldn’t it be nice if there was a surefire motivator for getting off the couch?

Well actually, there is. In addition to being loyal and incredibly cute, a dog can also help you become a happier, healthier person—and there’s a lot of research to back it up! We’re going to show you how owning a dog can lower your risk of disease in eight different ways.

If you have high levels of LDL (low-density lipoprotein) cholesterol, then you’re at an increased risk of dying from a heart attack. Wouldn’t it be nice if you could lower your cholesterol without having to take medication? Well, according to The Waltham Book of Human-Animal Interactions: Benefits and Responsibilities, it may be possible. The book shows that dog owners tend to have lower cholesterol than people without dogs.

Allergies are no fun. They clog you up and make you constantly sneeze. Did you know that children who grow up around dogs are often better protected against pet allergens later in life than those who don’t? In fact, they are up to 77 percent more protected when compared with children who didn’t grow up with dogs.

Arthritis is a condition that affects millions of people around the world. It manifests as chronic pain, particularly in the hands and joints. Doctors recommend doing daily aerobic exercise to lessen the severity of the pain. Whenever you run or play fetch with your dog, you’re doing just that. Owning a dog can be a great way to reduce your pain and relieve the symptoms of arthritis. 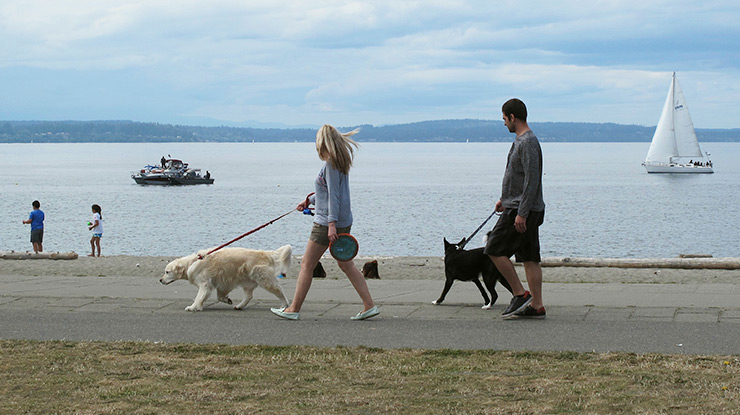 Finding the motivation to exercise isn’t always easy. As a result, most people end up not exercising at all. A great way to break this pattern is to get a dog. According to the Journal of Physical Activity and Health, dog owners exercise about 2.5 hours longer than the average person. Not only that, but they also walk about 28 percent faster than people without dogs.

Do you suffer from chronic headaches? If so, you’re not alone. Millions of people around the world are affected by this painful condition, but owning a dog can help, according to Dr. Dawn Marcus. She says that dog ownership is associated with reduced headache severity and frequency. Keep in mind that dogs probably get their own headaches too, so exercise may help them as well.

Unromantic as it seems, the emotion that we consider happiness is largely controlled by chemicals in the brain like serotonin, dopamine, and oxytocin. If your brain stops producing these, then you’re susceptible to depression. Dog owners tend to produce more of these hormones. As a result, they tend to be happier than people without dogs. Spending as little as 20 minutes a day with your pooch can help to fight depression.

High blood pressure is linked to a higher risk of cardiovascular disease. Some people take prescription drugs to lower their blood pressure. If you’re like most people, you may want to lower your BP naturally. Is it possible? Yes! It’s been shown that owning a dog can result in lower blood pressure.

The heart is a muscle. And like any muscle in your body, the more you exercise it, the stronger it gets. Unfortunately, most people don’t get nearly as much exercise as they should. If you want a stronger heart, a dog may be able to help. A report by the American Heart Association shows that dog owners tend to have stronger hearts and are less likely to die from heart disease.

If you want to live a longer, healthier, and happier life, dog ownership seems to provide those perks. If you know of any other benefits of owning a dog that we didn’t mention, then leave us a comment below. Thanks for reading!