Sadly, it’s common for people not to hold a positive view of pit bulls these days. Many believe that pit bulls are naturally aggressive and vicious animals that should be avoided. In fact, some countries such as the United Kingdom and New Zealand have banned them!

But are they really that bad? Or have they gotten a bad reputation that they do not deserve?

Where Do Pit Bulls Come From?

Pit bulls are believed to be linked to an ancient dog breed called the molossus, which is now extinct. This breed was used by Greeks as guard and shepherd dogs that also accompanied the Greek warriors into battle. It is speculated that the molossus travelled to Britain and became known as the Mastiff. From there the breed spread across the Roman Empire. They were mainly used as war dogs and intermixed with other local dog breeds and so the pit bull breed was born.

Another theory suggests the pit bull origin was in England, during the Norman Conquest in 1066. Butchers used them as “bullenbeissers,” or “bull biters”. They were trained to latch onto a bull’s nose when it became agitated to give the humans enough time to subdue the bull. Unfortunately, this practice led to the rise of the sport of bull-baiting in the thirteenth century.

A bull would be riled up on purpose, and pit bulls would be put in the pit with the bull. Spectators would place bets on the dogs, speculating which dog would be able to hang onto the bull’s nose the longest. This is also the origin of the breed’s name. 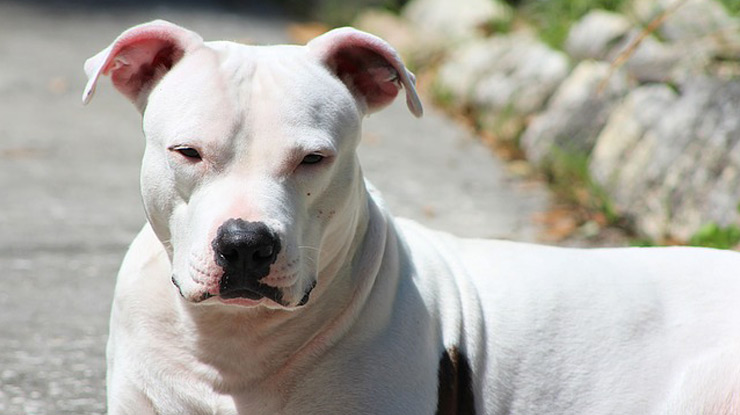 To show how awesome pit bulls actually are, I want to tell you about some interesting pit bull facts about pit bulls which show that they are not the terrible monsters as some people might believe.

Fact #1 – Historically, Pit Bulls Have Been Known for Their Great Temperaments

Recently, the breed has mistakenly received the reputation of being vicious and dangerous. But in reality they are loving companions that are eager to please their owners. If you socialize a pit bull properly, it will have a similar temperament to that of a golden retriever.

I know what you are thinking as you read that statement, but there are tests that support it. The American Temperament Test Society tested a wide range of dog breeds, and the both the American pit bull terrier and the American Staffordshire terrier scored extremely well on the tests. From the test results here you can see just how well they scored. You can compare that score to the score of the golden retriever here.

As dog owners, we need take responsibility for how we raise our dogs, as we largely influence their behavior. If we socialize them well, keep them in good physical shape, and feed the right dog food, they should be healthy and happy animals.

Fact #2 – Pit Bulls Are Not the Best Guard Dogs

If you have a pit bull in your yard no one will dare come inside, right? Actually, experts say that pit bulls are terrible guard dogs!

Simply put, it is because properly socialized pit bulls are too nice! Pit bulls are very trusting of humans and will likely want to make friends intruders rather than give them a bite.

Fact #3 – They Are Known As Nanny Dogs

This used to be the pit bull’s nickname in the ‘50s because of their good temperament towards children. Looking at photos from that era, you will find many showing pit bulls and kids playing together. In the end it’s all about how you train your dog. Pit bulls can have aggressiveness bred into them because of their history as fighting dogs, but these impulses can be tamed with the right training methods.

A cute example of how sweet these dogs are with kids is this video of Hulk the pit bull (the biggest pit bull in the world) that absolutely adores the newborn baby of the family.

If this does not melt your heart, you are dead inside!

An urban legend arose that said that pit bulls can hang on for so long with their bite because they can lock their jaws. Pit bulls do have strong jaws, with the capacity to reach pressure of 1,800 pounds per-square-inch, but they can’t lock their jaws into place. Studies have shown that their jaws are not formed differently from other dog breeds. 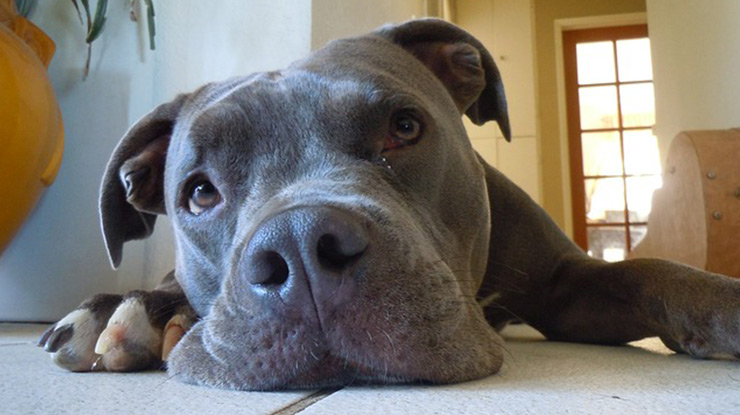 There have been a number of famous pit bulls throughout history, likely due in part to their intense loyalty towards their owners. They have also been used in movies for years, depicting the positive characteristics of the breed.

Bud hitched a ride on the first official road trip across America. Dr. Horatio Nelson Jackson made history in 1903 by driving all the way from San Francisco to New York City in his car, a Winston Vermont. On the trip he was joined by Sewall K. Crocker and his beloved pet, Bud. The famous pit bull got to wear his own set of goggles to protect his eyes from the wind while driving. Today, Bud’s goggles can be viewed at the Smithsonian Institution.

This is a typical depiction of a pit bull as a “nanny dog”. An honorary member of the Little Rascals gang, Petey appeared in plenty of episodes of this 1920s show. His real name was Pal, owned and trained by Harry Lucenary. The cute black ring around his eye was added by the makeup team. They sometimes swopped the ring around from the left eye to the right.

Grunt (real name: Jumbo Red) appeared in the 1983 movie Flashdance. He played Alex’s faithful four-footed friend and held down the fort while she tried to make her dream of becoming a ballerina come true.

Featured in the NBC sitcom Parks and Recreation, this pit bull got adopted from the pound. But she wasn’t just any pit bull—this dog only had three legs. In the show, April Ludgate and Andy Dwyer adopted Champion. The role was played by Lucy, found at the pit bull rescue organization in 2004. No one really knows the story of how she lost her leg, but it was probably at a very young age because she adapted so well, moving with ease and agility.

Love Them - Don’t Hate Them!

In the end, like any dog, it all boils down to how you train and treat a pit bull. Training can literally make or break a dog’s temperament, so you have to be committed to investing time and energy into training your pit bull properly—otherwise you may have to deal with an unpredictable dog.

I hope this article has shown that pit bulls can be friendly dogs, and they do not deserve the negative reputation that they have recently received.

This article was written and provided by Andy from theeverythingdogsite.com, which is a blog dedicated to promoting responsible dog ownership and helping to spread the word about how awesome dogs are!