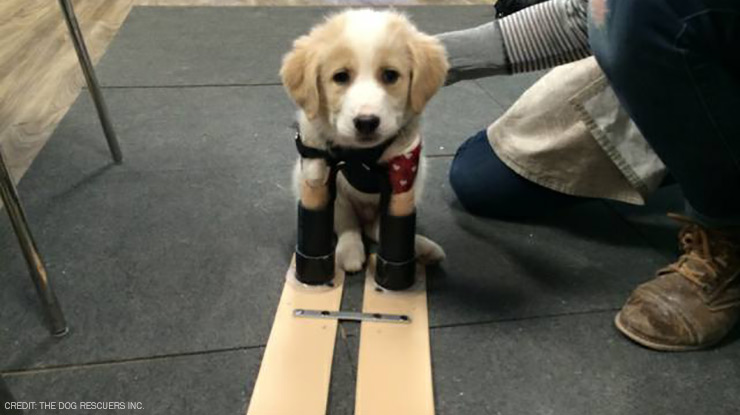 Let’s face it: it’s tough being a puppy. But if you’re a puppy named Cupid, it’s kind of like you started out playing the game on the highest difficulty setting. This poor little guy was born with a genetic defect that essentially left him with nubs in the place of his two front legs. To make matters worse, his initial owner seemed to be an absolutely heartless individual, with Cupid’s tail showing signs that someone tried to remove it with a pair of scissors.

While Cupid did manage to keep his injured (and mangled) tail, it didn’t make things much easier for him. At the time that he was rescued, seven-week-old Cupid was found crying in a tied up plastic bag inside of a garbage bin in Toronto, Canada. Thankfully, it was at that point when Cupid’s story finally began to turn around.

"His name is so appropriate in so many ways," Joan Znidarec, president of The Dog Rescuers Inc., told The Dodo. "Not only does he have a heart-shaped nose, but he captures everybody's hearts in seconds."

And it really is incredible to see just how happy and loving the Pyrenees mix remains despite all that’s happened to him. The little fellow needs help doing a number of tasks that most puppies his age don’t need to think twice about—he even needs assistance when doing his business. But, thankfully, he is now surrounded by kindhearted people who are willing to provide him with the extra care he requires—which leads to the next great part of Cupid’s underdog story.

Just last Friday, Cupid donned a pair of prosthetic limbs and took his very first steps. The “legs,” which look a bit like two pipes attached to a set of skis, were provided by Canadian animal prosthetic maker PawsAbility.

But, even though Cupid just got a new set of legs, it doesn’t mean he’s a pro at using them yet. After all, he never even learned how to walk before receiving his prosthetics (he would basically wiggle on his tummy like a seal), which means that he will have to learn how to walk while also learning how to use his skis simultaneously.

The skis are designed to function more or less like a set of training limbs that will help Cupid build up the muscles he’ll need before walking without the skis’ support. Once that happens, he’ll be in better shape to handle prosthetics that will allow him to walk around more naturally. 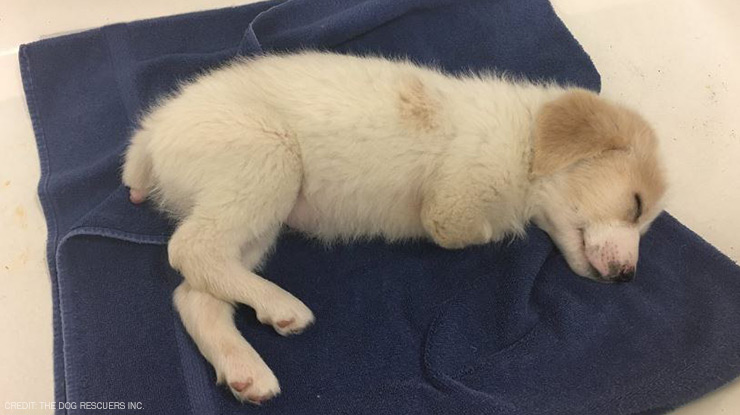 Cupid is currently living in a foster environment, but that is likely to change soon. Responding to a Facebook user’s question of whether the happy pup had found a forever home yet, Dog Rescuers Inc. said, “He has not been made available for adoption yet - it will be another few weeks but we have had a lot of interest in him.”

We can certainly understand where all that interest is coming from. One look at this Pyrenees pupster’s heart-shaped nose and adorable face is enough to make anyone fall in love.

In ancient China, people kept warm by using small dogs in their sleeves. These small versions of Pekingese were referred to as "sleeve dogs", because they could be concealed in the large sleeves of their owners.