They may look like stunt doubles fresh off the set of Blue’s Clues or The Huckleberry Hound Show, but the problem of the blue dogs of Mumbai is actually quite serious for locals.

Recently, residents living near the Taloja Industrial area of Mumbai started seeing a number of wild dogs with Smurf-blue fur showing up around the city.

Concerned citizens contacted the authorities, who then investigated and found that the source of the color change was coming from the nearby Kasadi River. Maharashtra Pollution Control Board (MPCB) officials concluded that the strange hue of the dogs could be traced back to industrial chemical runoff that had found its way into the water. 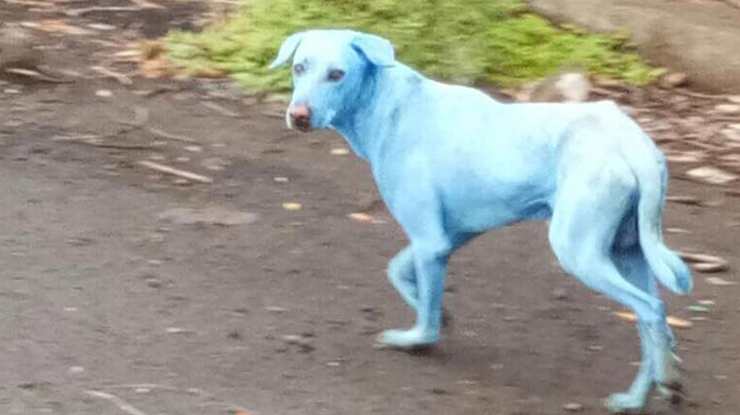 A total of 11 chemically dyed dogs were found in the area. The blue coloring faded from most of them without human intervention, and the dogs seemed otherwise unaffected.

It turned out that the dogs’ blue-colored fur was the product of a water-soluble dye they likely came into contact with while swimming in the Kasadi River.

According to the MPCB’s findings, local factory Ducol Organics Pvt Ltd. had failed to properly dispose of its industrial waste. Officials then had the Maharashtra Industrial Development Corporation shut off the factory’s water.

After issuing a show-cause order for the factory, the board found that the firm hadn’t been following any pollution abatement procedures, and they were promptly shut down. 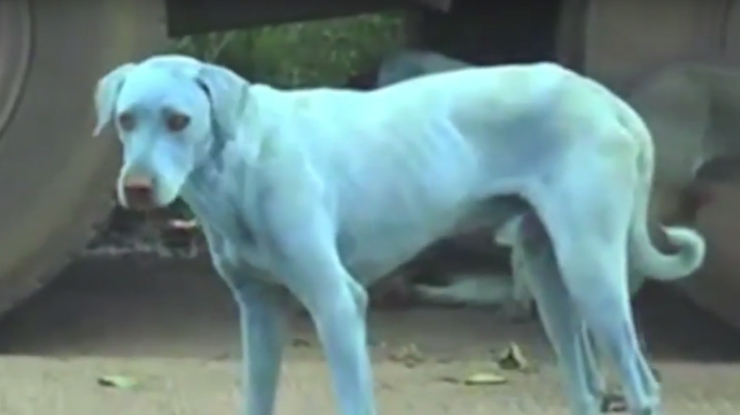 So, with the mystery of the blue dogs solved and concerns about the effects on their health seemingly answered, locals were left wondering what the next step would be. After all, while punishing the factory does send a strong message, there will also be repercussions for those who depend on it for employment.

“Shutting down one industry, as MPCB has done, only results in daily wage laborers losing their bread and butter. There are many other industries in the area that pose a threat to the flora [and] fauna, and a threat of more such cases is a possibility,” Arati Chauhan, head of the Navi Mumbai Animal Protection Cell, said in an interview with the Hindustan Times. “There is a need for pollution monitoring of all plants and development of adequate green cover around industrial sites.”

Let’s hope he Arati Chauhan’s advice is heeded, because the blue dogs of Mumbai are just a symptom of a much larger problem. While shutting down a factory that neglects its pollution abatement duties makes sense, there are nearly a thousand processing and manufacturing plants in Taloja, so it will take a great effort on behalf of both the local government and local industry to join together and take a level-headed approach to this serious ecological threat.