Have you ever seen a pregnant pit bull wearing a tutu? Well, if you haven’t you will soon enough, since a frilly skirt-wearing canine momma-to-be named Winter has been popping up across social media and news sites this week.

The story began when Winter’s owner, Gisselle O. Suarez, posted pictures of the party to her twitter account. The reaction was massive, with the original post gaining over 150,000 likes and over 50,000 retweets. 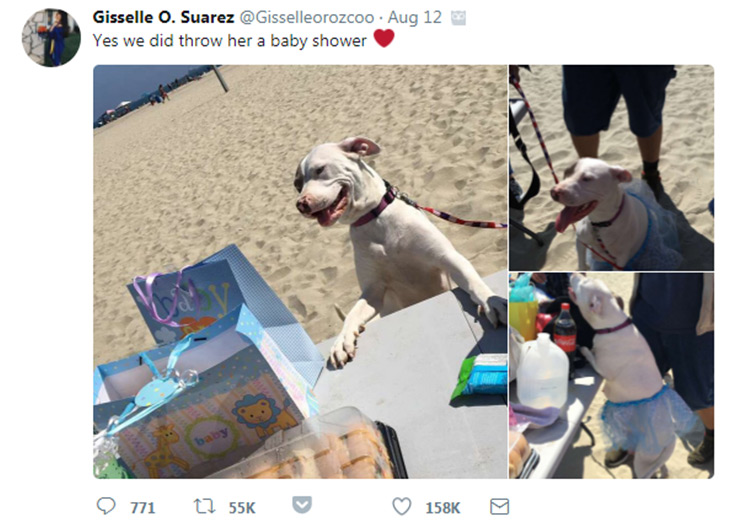 “Yes we did throw her a baby shower” Suarez tweeted, along with a handful of pictures showing Winter enjoying the festivities. Well-wishers and admirers alike sent plenty of comments to let Suarez know just how precious the whole scene was.

“Mini winters are coming” tweeted one person, while singer Chrissy Costanza wrote “THIS IS SO PURE” in response to the images. Plenty of others joined in to explain their tears after checking out Winter’s pictures by either saying that their allergies were acting up or that they had something in their eyes (sure, guys).

It’s hard not to fall in love with Winter after looking at the pictures. A day out on the beach would be enough to make any dog’s day, but her friends showed up to the shower with plenty of gifts (in adorable baby shower bags) and food as well.

It’s easy to see the sheer joy on Winter’s face in each picture, and the blue tutu, coupled with her big belly full of puppies, is too cute to believe. Thankfully, she gave birth to her puppies last week.

Of course, Winter isn’t the only pregnant pooch to have enjoyed some time in the social media spotlight this year. Back in July, Daquan Collins posted maternity pictures starring his then-pregnant dachshund, Heidi. According to Collins, Heidi was a natural in front of the camera. 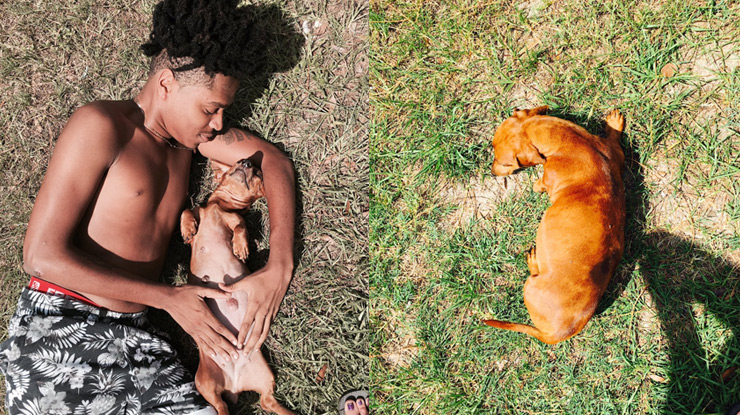 “I was in the yard with my sister and when she opened the door, Heidi got outside and was running, and she just laid there and started posing in the sun,” Collins said in an interview with Inside Edition. “I told my sister to start taking pictures, and I just laid on the ground with her.” 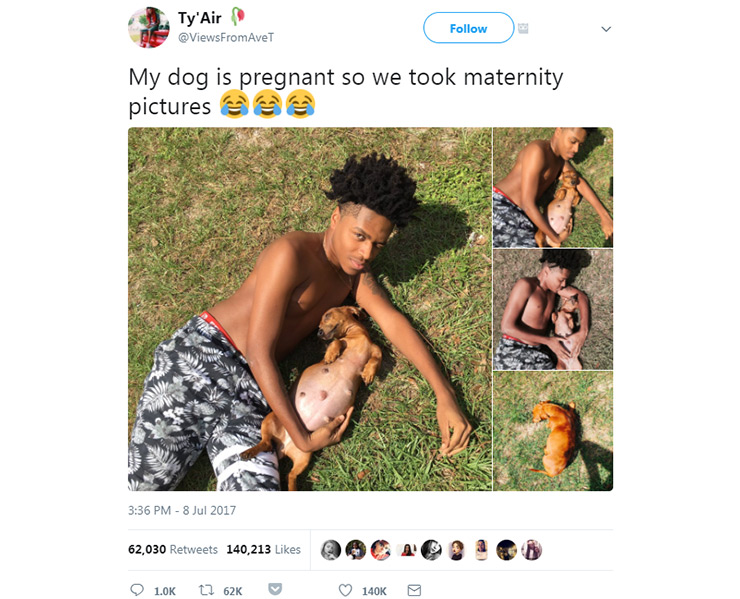 While it’s hard to guess who the next pregnant-pooch star of social media will be, if she’s half as cute as Winter or Heidi, we’ll all be aww-ing over her adorable pictures soon enough.