When we think of all the joy, laughter, and cherished memories our pets provide for us, it’s hard to imagine a suitable way to repay them for everything they do. But, recently a proud pet owner tried to do exactly that when he built a private room for his dog in their new home.

Not long ago, David Maceo and his wife had been living together in David’s mother’s house along with Hennessey, the couple’s six-year-old French bulldog. Hennessey was actually a gift from Maceo’s brother-in-law, who had to leave the dog with the couple because he was moving to Columbia and feared for the dog’s safety (Hennessey has a heart murmur).

However, as great as it was that the Maceo’s had a place to stay, the living situation was not exactly ideal. David and his wife shared a single room both with each other and with Hennessey, which made the living quarters quite cramped between the couple and their Frenchie.

Undoubtedly, Hennessy loves his family and loves being around them, but even the most devoted dog needs his own space every now and then, and that just wasn’t possible living in a single bedroom. 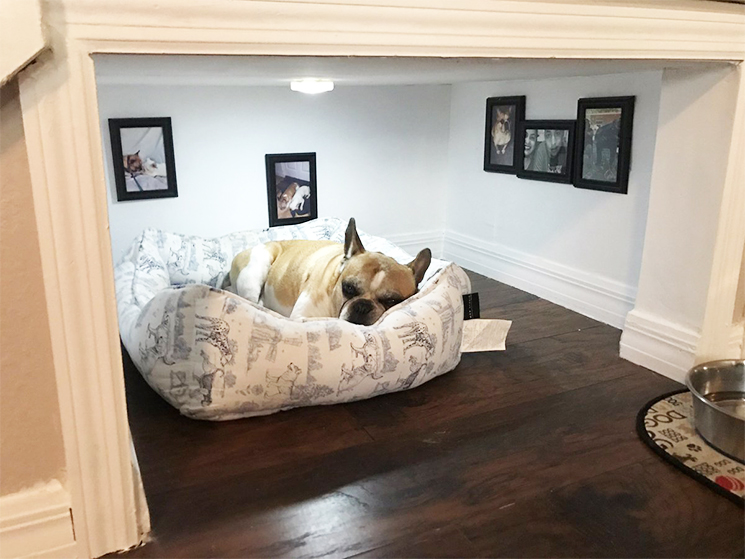 However, flash forward to last month when the Maceos purchased their first home, and things took a definite turn for the better.

“I felt kind of bad that we didn’t have a lot of space [at the previous house],” David said in an interview with The Dodo. “So, when we moved I decided to give Hennessy his own room.”

After doing a little searching around his new home, David found a small spot underneath the stairs that had the potential to become Hennessey’s new room.

He cut a tiny hole into wall and stuck a small camera through to see if the area would be adequate, and sure enough, there was enough space to create a cozy little room to house a cozy little dog. 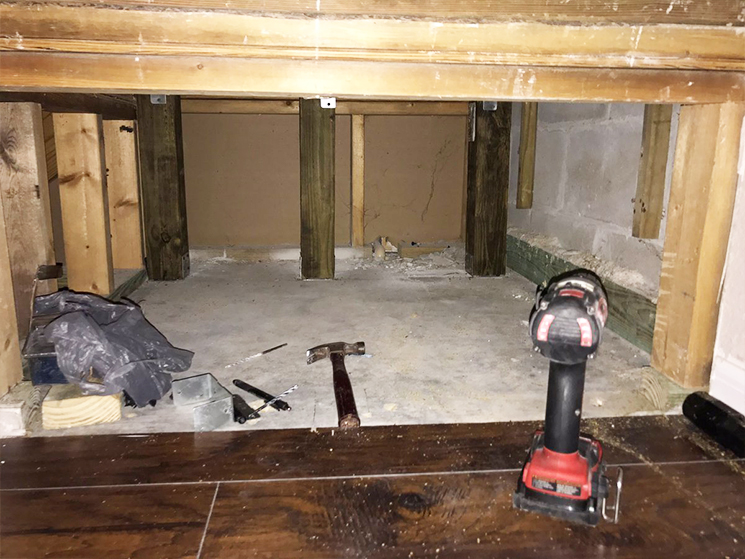 David then cut a larger hole in the wall underneath the staircase and started his work. According to David, the project took around 16 hours to complete, and since Sundays are his only day off from work, the entire project took about a month to complete.

The end result was a thing of beauty: a little nook beneath stairs that held Hennessey’s bed, surrounded by walls that held pictures of himself and his family (including a canine sibling who passed away a year ago).

He even included motion-detecting sensors that turn the lights on when Hennessey enters the room, but shut off when the pampered Frenchie settles down in his bed for a nap.

“When it comes to projects I want to always give it my own taste and do my own details,” Maceo told ABC News. “I planned it out, drew it, I went over it and over it to make sure that’s what I wanted to do. Those touches were the reason it went viral.” 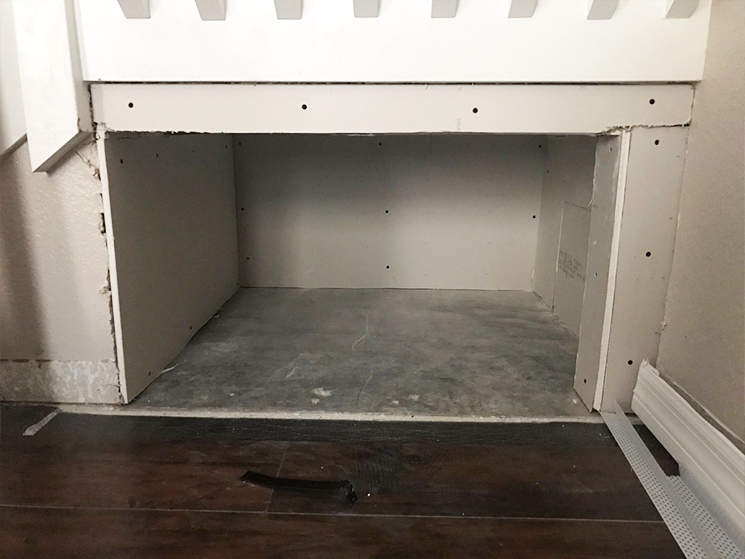 Pictures of the renovation were originally posted to twitter by Algenis Maceo (David’s younger brother), and since then the tweet has gained over 350,000 likes and over 125,000 retweets.

“I don’t have kids, so I have to spoil someone other than my wife,” Maceo said. “He means everything.”

Judging by the pictures, Hennessey is definitely loving his new living space. Maceo’s wife even has plans to snazz it up with decorations for holidays, and we can’t to see them!

Dogs can sense changes in barometric pressure and static electric fields. They learn to associate that with changes in the weather.