For some people, there’s no better sign of appreciation from a loyal, loveable dog than a few slobbery licks to the face. Sure, it’s kind of gross, but it’s also one of the quirky little ways our dogs show us affection. However, a number of researchers are now speaking up to ask dog owners to reconsider this practice due to increasing evidence that shows dogs can transmit deadly microorganisms to humans through licking.

As obvious as it should seem, dogs house plenty of bacteria and other unwanted microorganisms in and around their mouths. So, despite the common belief that an average dog’s mouth holds fewer bacteria than a human’s, the truth is that dogs may have fewer instances of certain strains of harmful bacteria in their mouths (such as E. coli), but their mouths are still home to other dangerous bacteria types and microorganisms.

Any dog owner who has had the misfortune of catching a strong whiff of dog breath knows that it doesn’t exactly smell like potpourri, which is a dead giveaway that teams of bacteria have taken up residence in there. The fact is that humans, for all their faults, still tend to have much better-smelling breath than the average dog, and that’s no mere coincidence. 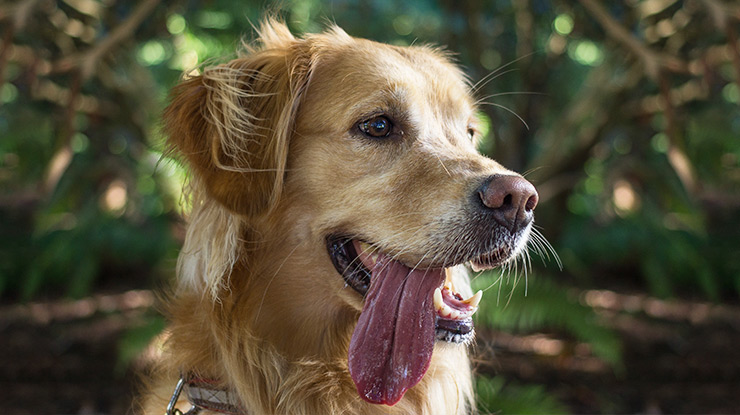 So, dogs are constantly picking up microorganisms on dirty surfaces humans tend to avoid, and even though their saliva does seem resistant to some bacteria, such as E. coli, it isn’t resistant other harmful bacteria, like Methicillin-Resistant Staphylococcus Aureus (MRSA).

MRSA is an especially nasty strain of bacteria because it is resistant to a lot of the antibiotics that are typically used to treat Staph infections today, and unfortunately it’s a zoonotic disease, which means that it can be passed from animals to humans.

So, if you contract MRSA after having direct contact with a dog’s muzzle (one of the more common areas where the disease manifests in dogs), then treatment can become exceptionally difficult, and the disease can be deadly.

There are also other concerns with licking, such as the possibility of spreading life-threatening bacteria from a dog’s saliva into an open wound. A former soldier from the UK named David Money (WARNING: graphic imagery) nearly died after the saliva of a dog carrying a deadly bacteria called Capnocytophaga canimorsus made contact with a nick in his skin.

Money’s skin developed terrible sores all along his body, and his renal system remained badly damaged after the six-week-long ordeal, requiring regular dialysis.

Money’s case is indeed a rare one, and it’s not incredibly common for dog owners to catch diseases from their pets, but it is definitely something owners should bear in mind when allowing themselves or their children (who still have underdeveloped immune systems) to play with dogs.

To be safe, make sure you or any children who may be playing with dogs do not have exposed wounds or broken skin. Also, if your dog is behaving peculiarly and/or appears ill, it may be a sign of infection, which means a trip to the vet is in order to find and treat the underlying cause.

Remember, while cases of zoonotic transmission of diseases are rare, and puppy licks are adorable, it’s often best to err on the side of caution—especially when it comes to the health of those we love.

The oldest dog ever recorded was Max, a beagle-terrier mix. He lived to be 29 years and 282 days old.