If you're like most puppy parents, you want to do everything in your power to make sure your little one isn't crying in their crate. It's a frustrating experience for both you and your puppy!

In this post, we'll discuss 5 ways to keep your puppy from crying in its crate. We'll also explore the main reasons why puppies cry in their crates so that you can better understand your pup.

Main Reasons Why Puppies Cry in Their Crate

There are two core reasons why puppies cry in their crate. One is that they're not yet used to being isolated or separated from their family/pack, and the other is being put in their crate without receiving adequate stimulation beforehand.

If you haven't spent the time to get your puppy familiar with their crate, they're going to cry when inside it more often than not. Puppies don't like being alone. Ever since they were born, they've been surrounded by their mother and littermates.

So when they join your family and are starting their crate training, it's a completely new experience for them. One that will take time for them to get used to and require special care and training by you (more on that below).

The other reason is that they haven't been given enough physical or mental stimulation and have too much energy. Puppies are little bundles of energy. When they aren't tired and ready for a nap, they want to be moving around and exploring.

If you haven't made it a point to give your puppy enough stimulation before putting them in their crate, whether that's through playing or training, this is another big reason for their excessive crying.

Now that you have an idea behind why your pup is crying in their crate, let's discuss the 5 simple ways to keep them from continuing to cry. 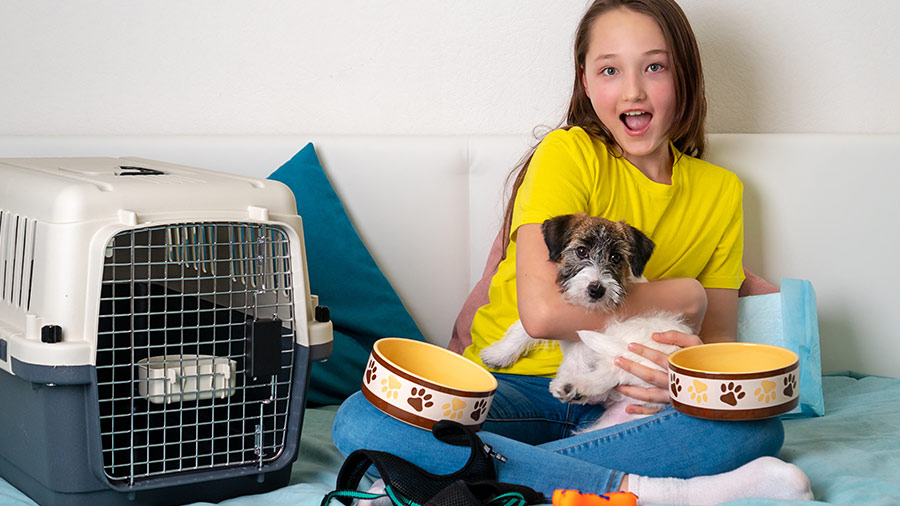 1. Help Them Build a Positive Relationship

The first and most important thing you can do is help your puppy build a positive relationship with their crate. They need to be gradually introduced to their crate.

Since this is a new experience for them, you don't want to force it upon them in the beginning. Instead, start by feeding them their meals in their crate with the door open or putting treats inside for them to eat.

It's also a good idea to have fun, safe toys for them to play with in their crate, as well as making it as comfortable as possible, which could mean adding a bed to their crate or a blanket.

Helping your puppy build a positive relationship with their crate is one of the best ways to help them acclimate to the crate. 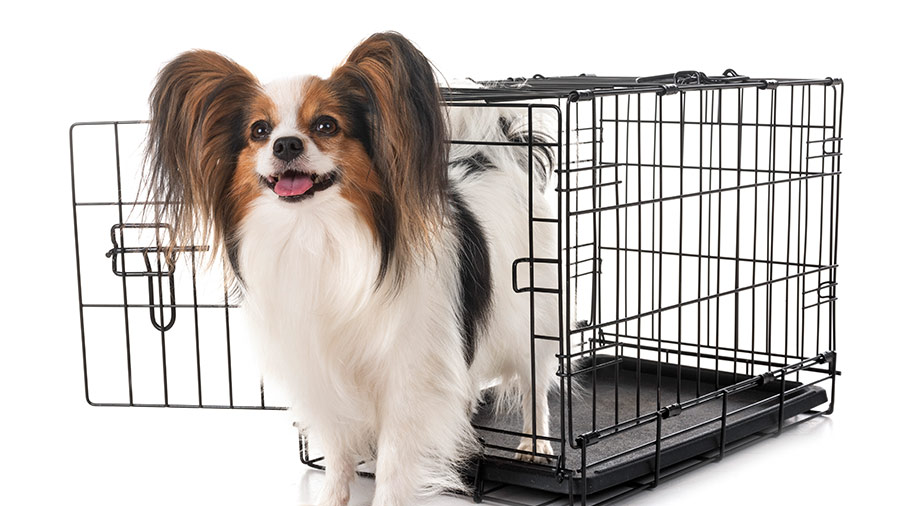 2. Ensure They're Getting Enough Stimulation

Another way to keep your puppy from crying excessively in their crate is by making sure they're getting enough physical and mental stimulation.

As we discussed earlier, another main reason puppies cry in their crate is because they have a lot of energy. Most puppies are hyperactive and need plenty of physical as well as mental stimulation to help them calm down. Ensuring your puppy gets a good amount of stimulation before going in their crate will make them less likely to whine and cry.

There are a few different ways you can do this. One is by playing games with them like tug-of-war or fetch in your backyard. Another is simply playing with them and their toys inside. Or, you could also make time for training to help tire out their mind and body.

All in all, making sure your puppy gets enough physical and mental stimulation is crucial to keep them from crying in their crate.

The next thing you'll want to consider is their crate placement. You don't want your puppy to feel excluded, so having their crate in a spot where they can see their family can help settle them.

This can help them avoid feeling lonely while in their crate. If their crate is in a completely other room, they'll be able to hear things going on and want to be a part of it. However, for some puppies, this can create a teasing effect as they want to interact with their family. If you do try this type of crate placement and your puppy isn't able to settle, it's best to try another location.

This means another option to try out is to have their crate in a quieter part of the house. This way, they aren't able to see something they'd like to be a part of, which helps them settle.

If your puppy is tired and looks like they're about to fall asleep, it's generally a good idea to put them in their crate at this time. This way, they get used to sleeping in their crate and generally spending more time inside it and aren't going to be as upset when it comes time to being crated. 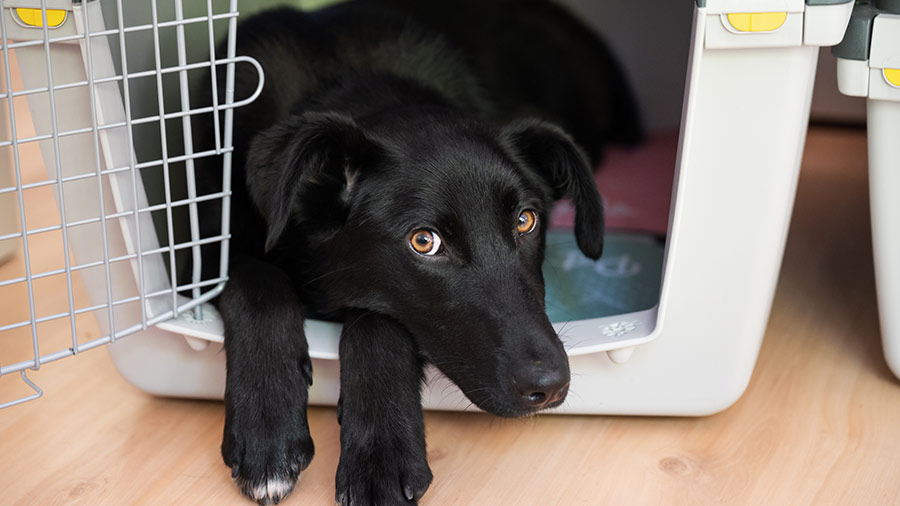 One of the more challenging ways to keep your puppy from crying in their crate is to ignore them. This is much easier said than done, especially when they're looking at you with their big puppy eyes while they cry. But if you give in and let them out every time they cry, they'll think that's what they're supposed to do when they want out.

Unintentionally you're teaching them that crying gets them what they want. It's important to only let your puppy out of their crate when it's appropriate. This means when they're quiet or when it's time for them to come out for meal time or a bathroom break.

If you let them out every time they cry, they'll continue to do it, simple as that.

Last but not least, frequent potty breaks are essential to keeping your puppy from crying in their crate. Puppies have small bladders and can't hold it for very long, so if they've been in their crate for a while and haven't had a chance to go to the bathroom, they'll start to cry.

To avoid this, make sure you're taking them out to go potty every couple of hours. It's important to note that how much time between potty breaks depends on your puppy's age. The general rule of thumb is your puppy's age in months + 1 is equal to how many hours they should be able to hold their pee. For example, a 2-month-old puppy should be able to hold it for approximately 3 hours (2 months in age + 1 = 3 hours). If they haven't been in their crate for very long and start crying, they may need to go to the bathroom.

It's important to make sure you stick to the purpose of taking them out of their crate here. They're being allowed out to go to the bathroom, which means no playing or paying special attention to them.

If they get to play outside after crying and being let out, this is teaching them the wrong message.

By doing these things, you're setting yourself and your puppy up for success. It definitely takes a bit of time as well as patience, but these things are key to ensuring your puppy doesn't cry in its crate.

Author Bio: Alec Littjohn grew up in a family of vets where pet care & training were discussed on a daily basis. He's also a member of the Association of Professional Dog Trainers and now the lead editor at Pawscessories.