Unless you're in a group of meddling kids that drives around solving mysteries, understanding what your dog is thinking may seem impossible. Luckily for us, dogs have many tells into what's going on in their minds; we just need to pay attention to their body language.

First things first, context is critical. All canine behavior has to be viewed in context, as isolating behaviors is a sure-fire way to misinterpret the signs our dogs are giving us.

So, it is essential to keep in mind that some behaviors, when paired with others, could change what we read the mood of the dog to be. 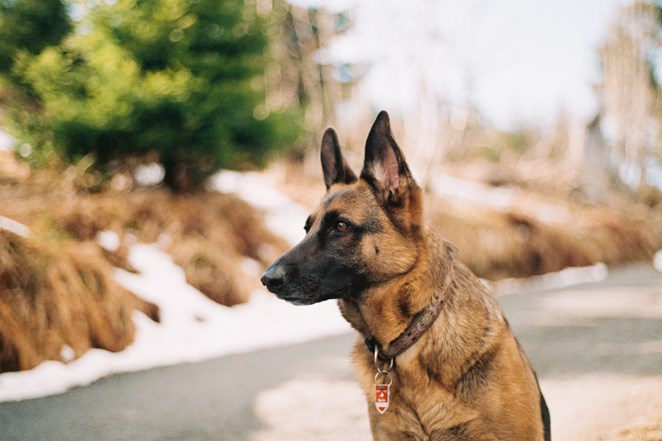 Let's take a look at the body language that is commonly referred to as "distance increasing signals." Dogs use these behaviors to tell another dog or person that they want to increase the social distance between them. Learning to spot these signals can prevent bites, whether those are to you or another dog. The ability to detect these behaviors also plays a vital role in modifying and "unlearning" aggressive behavior.

A few basic behaviors you can look out for are: 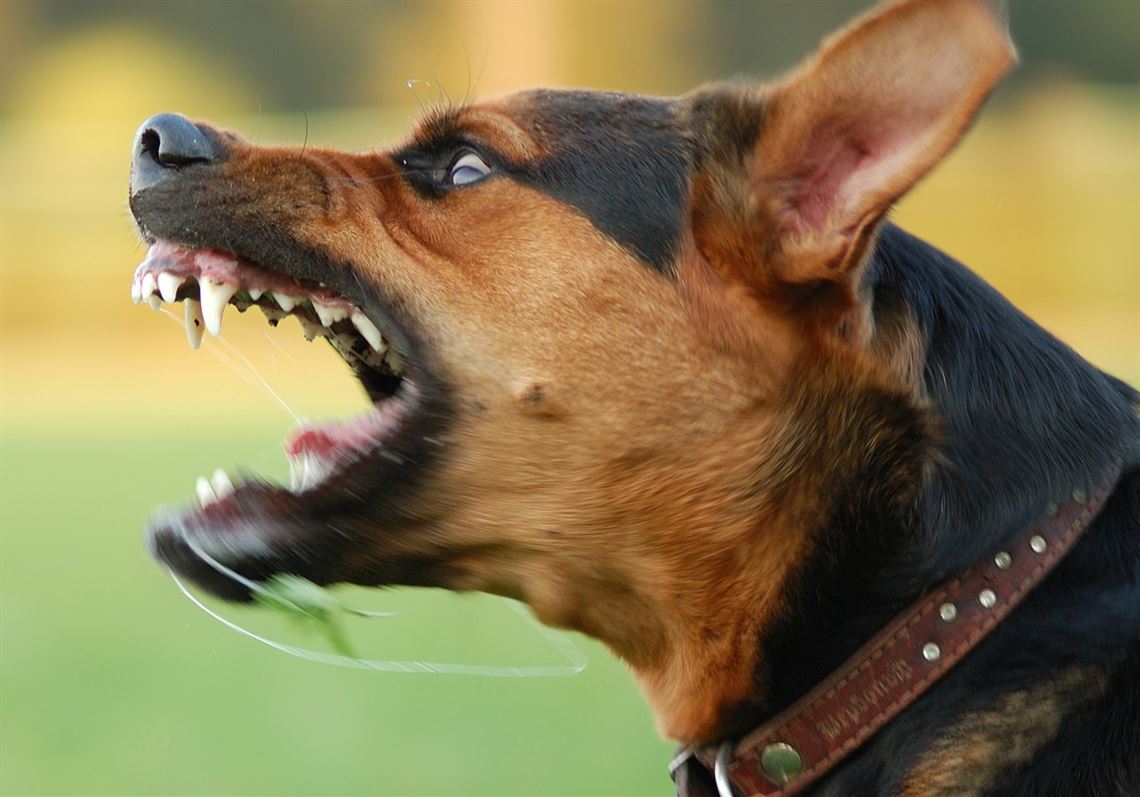 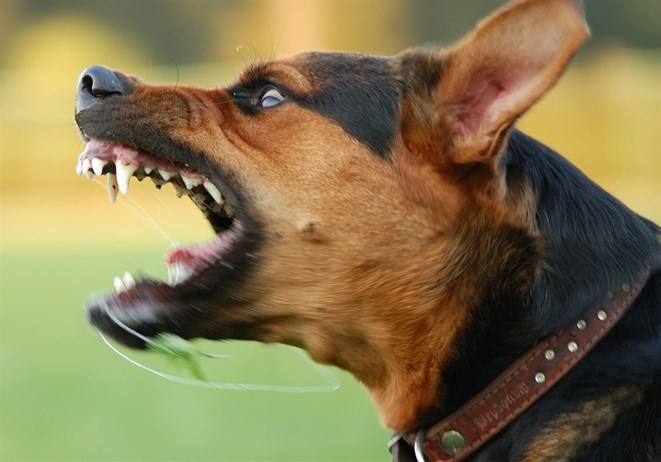 The most apparent distance increasing signal that people catch on to is the showing of the teeth. A dog showing teeth in a "C" shape, as shown in the picture above, is a sign of aggression. Typically when a dog does this, they also lower their head and curl their lips up drastically.

It is crucial to learn the difference between this aggressive distancing behavior and the "submissive grin." This is where context comes into play heavily. A submissive grin will always have other passive or relaxed signifiers along with it. Big circular tail wags or relaxed body posture will accompany a submissive grin. But, unless you're experienced with handling dogs, it's probably best to avoid approaching a new dog unless the owner is present.

Another behavior that tells us the dog is uncomfortable with us in their space is height seeking. Height seeking may appear to be play to most, but it is an entirely different behavior. The differences in an excited play jump and a distance increasing jump are very subtle. You, once again, must pay attention to the context. If the dog has a closed mouth, tense face, and is a little more forceful with the way they ricochet off your body, it is a clear indication that they need more space. You can also look out muzzle punches. These are exactly how they sound, a quick jab with their closed muzzle. A muzzle punch is sort of a dog's way of pushing you back and saying, "Hey, give me some room."

Thinking about where to sprawl out or how much they should bark when someone knocks on the door can put a lot of stress on a dog.

Well, now that we got the jokes out of the way, let's take a look at some stress signals our dogs will give us.

Some easy ones to pick out are:

Along with the signals mentioned above, a stressed dog will sometimes yawn or chatter their teeth. These two signs indicate a low level of stress, but could both also mean different things. Yawning also acts as a calming signal, and teeth chattering can also be excitement to play.

Some dogs will produce vocalizations when they are stressed. These can be:

The eyes also tell us what the dog thinks about the stressful situation. A dog with dilated pupils and soft eyes may still be receptive to the situation and could be considered friendly. Meanwhile, a dog displaying hard eyes with the whites of their eyes showing, commonly called whale eye, is not friendly. Whale eye is usually paired with muscle stiffness and a freeze. Freezes are easy to miss, as they can last for only a fraction of a second. A bite almost always follows these signals. 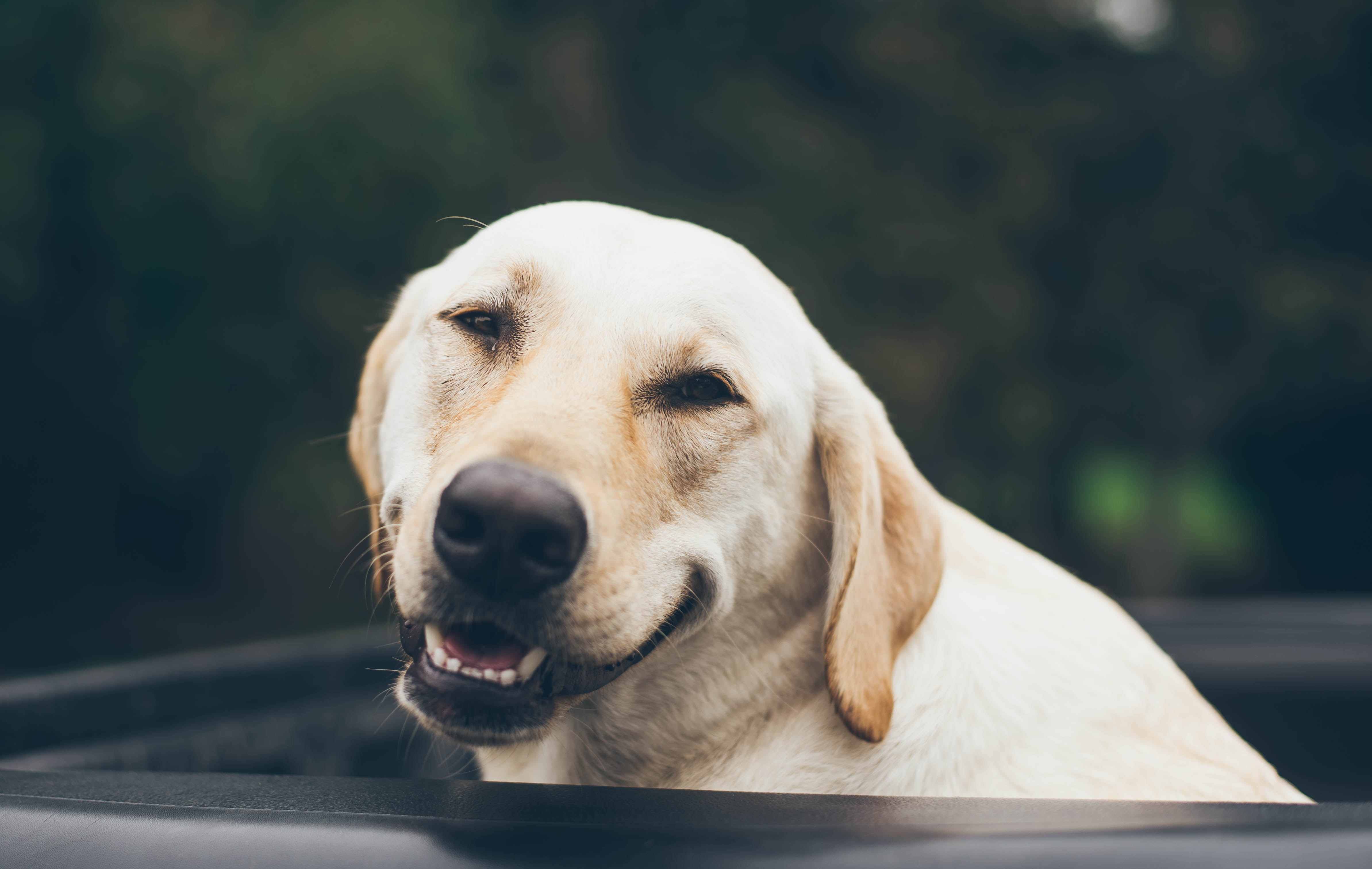 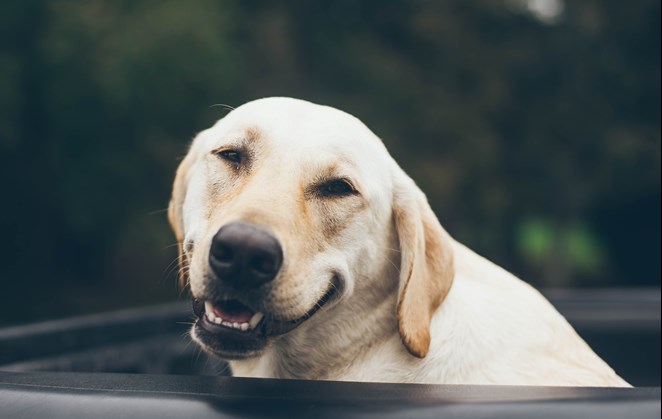 These next indicators are used when a dog is attempting to calm an aggressor or even calm themselves. These calming signals are usually seen being offered and returned.

Many dog trainers or canine behaviorists offer these signals as a way to show a stressed dog they are working with that the situation is under control and that they mean no harm.

We've already discussed that yawning can be a calming signal, specifically when a dog is in a stressful situation (like going to the vet or groomer).

Look-aways are another calming behavior dogs will use. Turning the head slightly away from someone or something approaching them is how a dog tells whatever is approaching that they mean no harm. Look-aways are often mistaken for a dog ignoring a new dog or person.

Some other calming signals are:

Some dogs are very social and are eager to meet and greet new dogs. While it's a good thing that your dog is accepting of new dogs, an overly excited dog can be off-putting to strangers and new dogs. It's important to recognize these behaviors and signals so that you can easily differentiate between an aggressive dog or an eager dog.

Things like lunging or vocalizations may often be confused for aggressive behaviors. Usually, these signs are just a dog's way of communicating that it wants to get close to a new dog, but it can't because of a leash, fence, or some other barrier.

Not all distance decreasing behaviors are problematic. These are some that a dog that is well mannered and not overly excitable may display:

Learning how to read our dogs' body language will help us understand what our dogs are thinking. Understanding what they are feeling is a sure-fire way to increase the bond between owner and pup.