It may look like something out of The Jetsons, but this new kennel is very real and may be helping dogs sooner than you think. Ford Europe recently unveiled a fully functioning hi-tech dog house that has, among other features, noise-canceling properties that can give a dog a safe, quiet space through even the loudest celebrations and disruptions.

The prototype, which has been dubbed the Quiet Kennel, features the same noise-canceling technology currently used in the Ford Edge SUV to block outside noise. The Quiet Kennel was developed as part of a move by Ford to explore additional uses for some of the technology that goes into their automobiles, and now there are plenty of dog owners who want to know when this kennel prototype will be hitting store shelves as an official product.

The tech works primarily thanks to an audio system inside the kennel that is designed to emit frequencies in opposition to those of outside noises, essentially canceling them out. Of course, while this tech was already impressive when it was used in vehicles to eliminate many of the irritating sounds associated with driving, its implementation in the Quiet Kennel is even more impressive due to the greater frequency range and the greater distance that dogs can detect sounds from.

“Many animals find fireworks scary—and compared to people, dogs can hear things that are four times further away, and across a much wider range of frequencies, said Graeme Hall, a renowned UK trainer who has helped thousands of dogs overcome their behavioral issues. “Preparing in advance of firework displays is the key—and part of that is to identify a place where your pets feel safe and happy.” 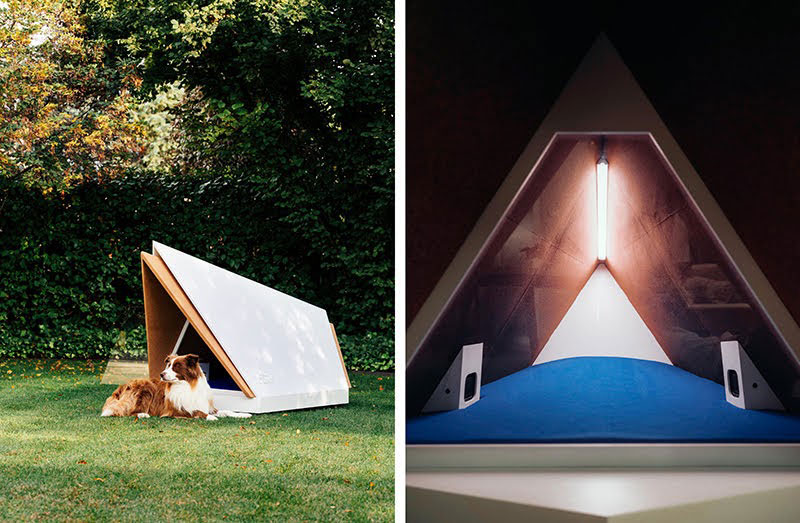 Of course, if your dog knows that his kennel will be secure and free of noise, it can help him (and his owner) avoid a lot of stress and hassle. Noisy holidays like New Year’s Eve and July 4th, and even common occurrences like thunderstorms, are known to cause anxiety in large numbers of dogs, causing some to tremble in fear, become destructive, or even break out of their enclosures and run away.

The Quiet Kennel, with its noise-canceling speakers and noise-dampening soft cork walls, seems like a more palatable and sleek solution than giving a dog medicine or just doing nothing and hoping for the best.

Naturally, the reaction of many dog owners after first learning about the kennel was to ask how much it would cost and when it would become available, but Ford Europe has said there are no immediate plans to bring the product to retail. Here’s hoping they change their minds before the next big fireworks extravaganza, because this is one of the few dog accessories that isn’t just practical—it’s also downright stylish.