What’s It All About?

Anyone remotely interested in a doodle breed has almost certainly seen the mysterious F1, F2, F3, and multi-generational designations associated with some dogs or litters. What exactly do these terms mean, and what do they have to do with goldendoodles, Labradoodles, and cockadoodles? (Okay, that last one is not a designer breed, but cockapoo people should really consider switching to this one.)

In the world of designer dog breeding, especially in those doodle breeds where it’s all about the low-shedding coat, you will often see the F1, F2, or F3. In dog breeding, these “F” designations refer to the specific generation of cross-bred offspring that an individual dog or litter belongs to. Why does this matter, you ask?

In animal breeding, a pure breed includes animals that are all similar in appearance, behavior, function, origin, and genetics. These animals produce offspring that appear similar to the parent animals. This is referred to as “breeding true,” or a “true-breeding” animal. As most people know, designer dog breeds, such as the doodles, are not pure breeds, but they are instead the offspring of two or more different breeds of dog.

There are almost 800 known dog breeds today and hundreds of millions of dogs in the world. All of them belong to the same species: Canis familiaris domesticus. A species is defined as a group of plants or animals that is similar in appearance and behavior, and capable of interbreeding and producing viable and fertile offspring. This means that all dogs, regardless of breed or size, can interbreed with any other breed and produce fertile and viable offspring. Because of this, we get the wonderful “designer dog breeds” that we see today.

Now, due to the different appearances found in different breeds, we can easily distinguish between a Labrador and a standard poodle. Each breed looks unique and has its own characteristics. This is because dog breeders have worked for countless generations breeding dogs with the same traits to other dogs with the same desirable traits, which led to the creation of even more dogs with the same traits. This process is the reason why we have Labradors and poodles with their own distinct traits today—Labradors with their characteristic short, thick, water-resistant double coats, and poodles with their tightly curled coats, prominent furnishings (also known as the brows, moustache, and beard, only observed when the face is left untrimmed), and . . . poofs. 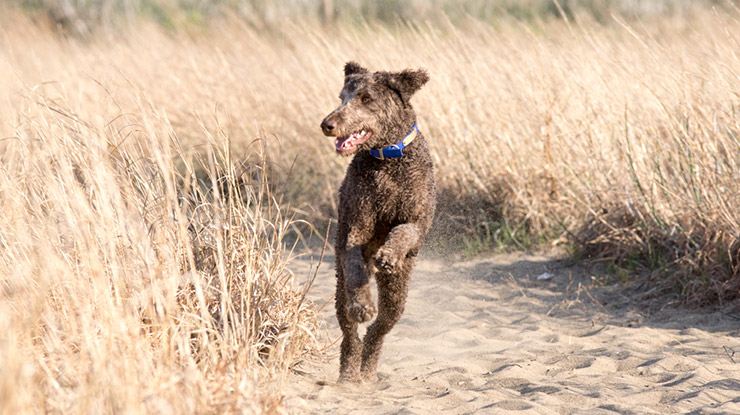 Purebred dogs “breed true,” or produce offspring that resembles the parents, because the offspring inherits the same varieties of a gene from both parents. All mammals have two copies of every gene (unless there is an abnormal genetic issue going on). Genes can have many different varieties (blue eyes, brown eyes, short coat, long coat . . . you get the picture). One gene comes from mom, and the other gene comes from dad. When two parent animals, such as dog parents, each pass on the same variety of a gene to their offspring (such as tight curly coats), the offspring (puppies) inherit one copy of the curly coated gene from each of their parents. The offspring now has two copies of the curly coated gene.

Having two copies of a gene ensures that the gene is both expressed (e.g., the pup’s coat is in fact curly) and the gene is likely to be passed on to future generations. When an animal carries two of the same varieties of a gene, that gene is considered homozygous (homo- meaning “same,” as in having two of the same varieties of a certain gene). All poodles have (or should have) curly coats because they all carry and exhibit the curly coat gene. But what happens when the parents have two different varieties of a gene, such as the short straight coat of the Labrador retriever and the curly coat of the poodle?

This is where all of that F generation business comes into play. You may remember reading about Gregor Mendel and his experiments in your high school biology class. He was the friar who is now recognized as the founder of modern-day genetics. He is most noted for his pea plant experiments in which he crossed pea plants of differently colored flowers and pea colors. He was also known for his scrupulous note taking and devised a method for keeping track of his pea mating scheme using a system of designations we now refer to as the Mendelian Genetics Filial Chart.

When Mendel crossed pea plants of two different types—i.e., a purple-flowered pea plant to a white-flowered pea plant—he referred to the specimens used to produce the first cross, or the  “parents,” of the initial cross as the “parent generation,” or p-generation. When the offspring inherits one variety of a gene from one parent (purple flower, or short straight coat), and a different variety of a gene from the other (white flower, or curly, long coat), the resultant plant or animal is known to be heterozygous for that gene (“hetero-” meaning having different varieties of a gene).

In animal breeding, when animals of two separate varieties, types, or breeds are crossed (such as the Labrador retriever and the standard poodle), we call it outcrossing. The resulting and subsequent generations of offspring of the two separate types (or breeds) are known as the filial generations, which now have two varieties of one gene, each contributed from mom and dad. The variety of the gene that gets passed on or expressed is ultimately determined by the gene’s heritability.

The term “filial” comes from the Latin word filialis, meaning “son,” or “offspring.” (Note: the information contained in this write-up on the filial designations pertains to dog breeding, and specifically “doodle” designer breeds. Filial designations are slightly different in plant mating and other animals’ breeding schemes). 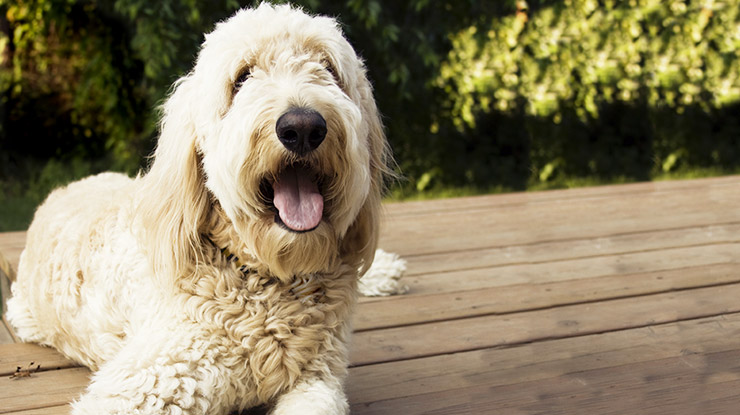 This “generation” is the foundation of the breeding program. It includes Pure Breed A and Pure Breed B, which will be mated to make the subsequent generations of crossbreeds.

Using our Labrador retriever and Poodle example, this generation would include a purebred Labrador Retriever parent and a purebred standard poodle parent, which will be bred to produce the first generation.

Offspring that results from the P-generation are known as the first filial generation.

In our example, this would be a first-generation Labradoodle that is half Labrador retriever and half poodle.

Now, the subsequent generations can be tricky. Naturally, it would make sense that if you bred and F1 Labradoodle to another F1 Labradoodle, you would end up with an F2 Labradoodle—and that is correct. However, this is rarely done in doodle breeding.

Because the parents are so drastically different in coat types, the resulting F1 generation exhibits a variety of coat types that are all over the spectrum, ranging from short, sleek, and shedding (like that of a Labrador retriever) to long, low-shedding, and furnished characteristics (like those of the poodle), and everything in between. Most breeders and prospective puppy parents prefer the iconic doodle “floof” that is low-shedding, feather soft, comically fluffy, and well-furnished. The problem is that when F1s are bred to other F1s, the resulting F2s are still a mish-mash of variable coat types.

However, when F1s and subsequent generations are crossed back to a poodle (p-generation), breeders can produce a higher percentage of the coveted soft, fluffy, loosely curled, flowing locks and furnishings found in the poodle breed, but with a hint of Labrador genetics to straighten out the curl a bit, resulting in a more fluffy, wavy, or straight coat. When a filial generation offspring is bred back to a p-generation purebred, it is known as backcrossing.

In most instances, this is a catch-all for anything beyond the F2 generation. It can be the result of an F2 x F2 breeding, F3 x P-generation (F3b), or any other complex generational designation.

The filial generations can become quite complex, especially in other animal species’ breeding schemes, such as producing certain strains of laboratory animals (which also includes multiple generations, as well as numbering the outcrosses, backcrosses, linebreedings, and inbreedings). However, the information contained here serves as a great start into understanding how to map out most doodle crosses encountered.