It’s summertime! The sun is shining, family vacations await, and you can finally catch up on your reading list that has undoubtedly been piling up. In this blog, we have compiled a great list of ten books with furry main characters that you won’t want to miss. And we promise: none of the dogs die in these picks!

This is a true story based on events that happened to a blind man named Michael and his guide dog Roselle during 9/11 when the World Trade Center was attacked. The reader gets an insight into Michael’s backstory and his dealings with being blind that lead up to the day of the attack. When it happens, Michael trusts Roselle to get him and others down from the 78th floor of the building - and she does!

This story follows Dion Leonard, a seasoned ultramarathon runner, who finds the little Gobi when running a race in the Gobi Desert. She kept up with him for over 80 miles, and they became companions on the long journey. Before Leonard can take her home with him, she gets lost briefly. Their story ends up in the news, and he is helped by many Chinese strangers to return her to him. 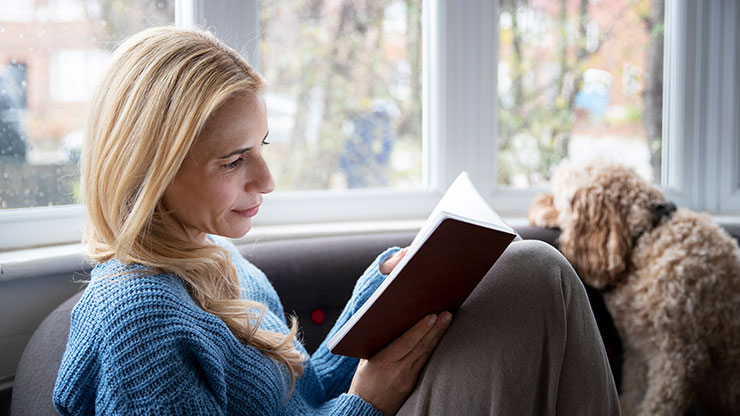 This classic tale sparked a love for the collie known as Lassie. In this first book, Lassie’s owner is a young boy named Joe, whose father loses his job. The family must then get rid of Lassie. She returns each time she is given away, so she is taken to a remote part of Scotland in a final attempt. Yet, she perseveres to find her way home!

4. Call of the Wild by Jack London

The story is set during the 1890s Klondike Gold Rush. The audience follows the journey of a dog named Buck, who is stolen and sold into service as a sled dog. Buck lived a comfortable life in California but must learn to adapt and survive in harsh climates and conditions. This story is based on the author's own experiences in cold wildernesses.

A boy named Marty Preston finds and befriends a dog he names Shiloh. The only problem is that Shiloh belongs to someone else. A neighbor named Judd drinks too much and abuses his dogs, but he is not happy having something of his “stolen.” Marty tries to hide Shiloh, but it will take more than that to free the dog from his previous master.

6. The Incredible Journey by Shelia Burnford

The audience doesn’t just follow one faithful pet on a journey in this story, but three! A Labrador Retriever, a Bull Terrier, and a Siamese cat are separated from their beloved family and determined to find them. Set in the Canadian wilderness, these three must work together to get through the many trials and tribulations between them and home.

7. Because of Winn-Dixie by Kate DiCamillo

A girl named Opal and her father move a lot. This story’s move takes place in Florida, and Opal has difficulty making friends. Then she meets Winn-Dixie, rightfully named because he was found in the store itself! He helps her get to know the townsfolk and connect with the community in this heartfelt tale.

8. The Original Adventures of Hank the Cowdog by John R. Erickson

This children’s series of fun stories revolve around a country dog named Hank and his buddy, Drover. Hank is self-declared as Head of Security of the family ranch and takes his job seriously. Sometimes too seriously. They solve many mysterious crimes around the ranch with laugh-out-loud moments from this great dog duo. 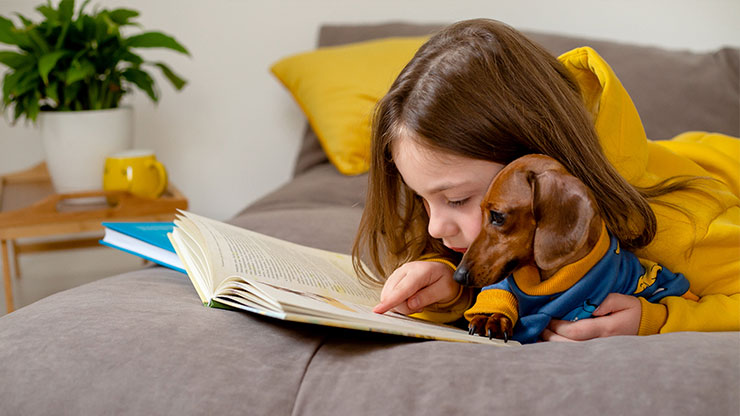 Charlie is a dog on a ranch that works hard to help his family. Or, at least, he claims to work hard, but he is always there for those that matter most. This is a fun series of short stories that kids and adults can enjoy reading together.

Originally published in 1963, these books continue to entertain, inspire, and bring joy to young beginning readers. They follow the adventures of Clifford, Emily Elizabeth, and their family and friends in their hometown as they help out and learn valuable lessons along the way.