Home > Blog > 2019 > August > A Deadly Dip: Why You MUST Protect Your Dog from Toxic Blue-Green Algae Dogs have been dying mysteriously across the United States this summer after interacting with water contaminated with toxic algae. The deaths began in the Southeast, but they have since spread elsewhere in the U.S., including Ohio, Indiana, and even Colorado. And, while lakes and ponds are seen as some of the most contaminated areas, even swimming pools can pose a risk.

The Heavy Toll of Toxic Algae

Earlier this month, Melissa Martin and J. Denise Mintz took their three dogs, Harpo, Izzy, and Abby, out for some playtime near a North Carolina pond.  Melissa posted photos of her dogs frolicking around the area that day to her Facebook account, but she was sadly unaware that the water they were playing in contained toxic algae. Within hours, all three dogs succumbed to the toxins that had rapidly attacked their vital organs. After losing all of her dogs in a single day, a grief-stricken Martin has pledged to post signs wherever needed to alert dog owners to the hidden dangers that may be lurking in the water, hoping that others won’t experience the same tragedy that her family did.

Unfortunately, stories like Martin’s have been all too common this summer. Late last month, an Ohio couple let their dogs out to play in the yard, just like any other morning. But over the next two days, four of their dogs became severely ill, and only one remained healthy.

The healthy dog, Daisy, was afraid of water and stayed away from the pond out in front of the family’s yard, while the others would occasionally play near the area and drink the water. After 48 hours, Daisy was the only dog to survive, and another family quickly lost their dogs to an illness that is both untreatable and often difficult to diagnose. 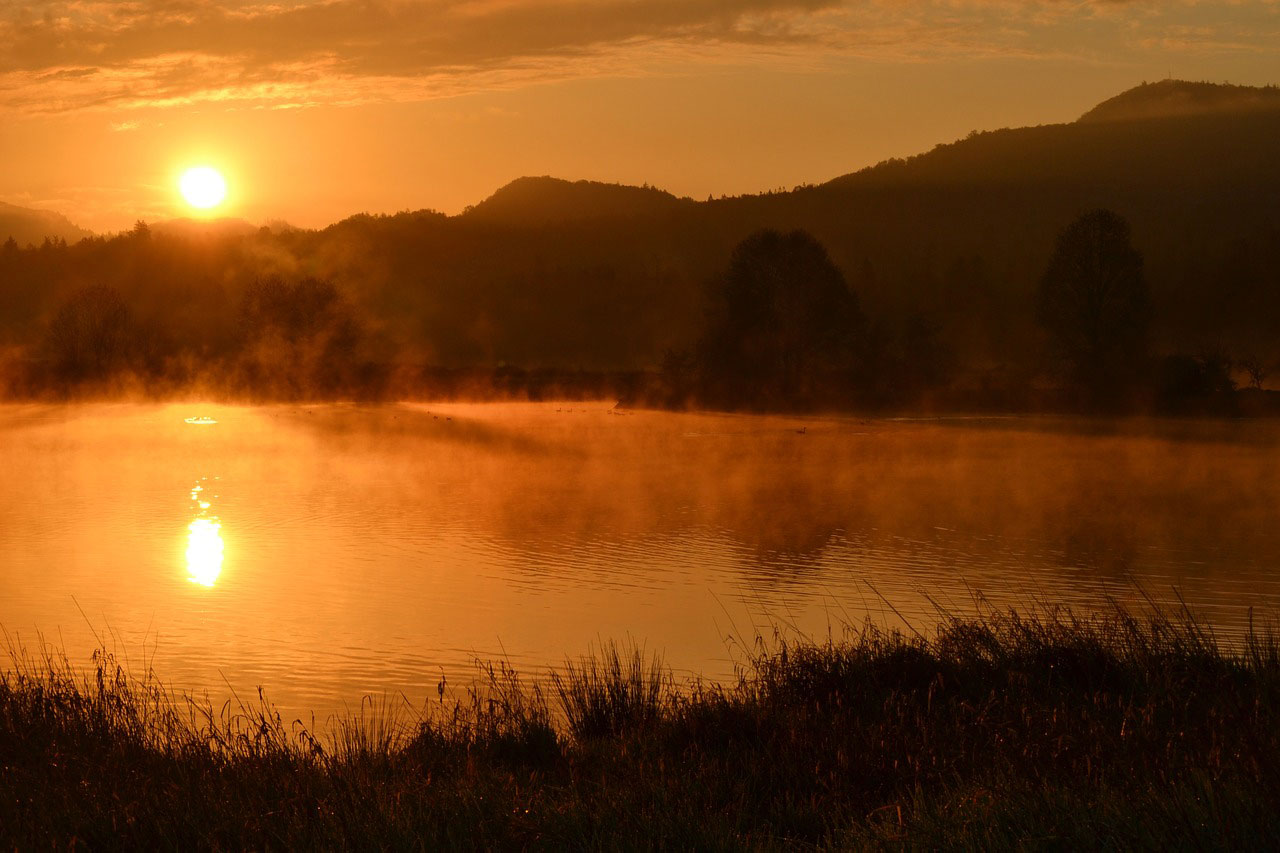 What Is Toxic Algae?

While many animals have already become victims of toxic algae this summer, there are things you can do to ensure that your dogs stay safe. But first, it’s important to understand what the algae are, how they thrive, and why they’re so dangerous.

Blue-green algae are a type of bacteria that can release toxic substances during photosynthesis, which often prove to be especially deadly to animals. They live in the water and can appear in a variety of colors, such as green, brown, red, and blue. Some of the forms they take on include foam, scum, mats, or plants on the surface of water, and some dogs may be attracted to certain varieties due to their pungent odor.

Blue-green algae thrive in stagnant water under warm conditions. For these reasons, dog owners should be especially cautious when visiting lakes, ponds, and even swimming pools during warm weather. While pools would normally be considered safe, those that are not cleaned and treated regularly can make the perfect breeding ground for harmful algal blooms.

What to Do If You Encounter Toxic Algae

If you believe that your dog may have come into contact with toxic algae, the EPA recommends immediately rinsing her off in fresh, clean water while watching for signs of infection. The symptoms can range from vomiting and/or diarrhea to trouble walking or standing, as well as abnormal drooling, breathing difficulty, and convulsions. Unfortunately, the symptoms may manifest anywhere from 15 minutes to days after the initial exposure, so an owner will need to remain vigilant when watching for signs.

Of course, if you come across a source of water that you believe may contain harmful algae, you can report it to local officials. Here you can resources and find contact information for the proper authorities within your state. It may seem like a small act, but such a tip could potentially save a dog’s life, and it could also save a family from the incredible heartache of suddenly losing a beloved pet.