Have you heard of Ricochet? If you haven’t, get ready because she’s hitting the big, big screen in IMAX theaters around the world in the new documentary Superpower Dogs. Ricochet appears with other special dogs tasked with important jobs ranging from search and rescue to wildlife conservation assistance, and moviegoers get a chance to see the amazing work they do up close and personal in IMAX 3D. 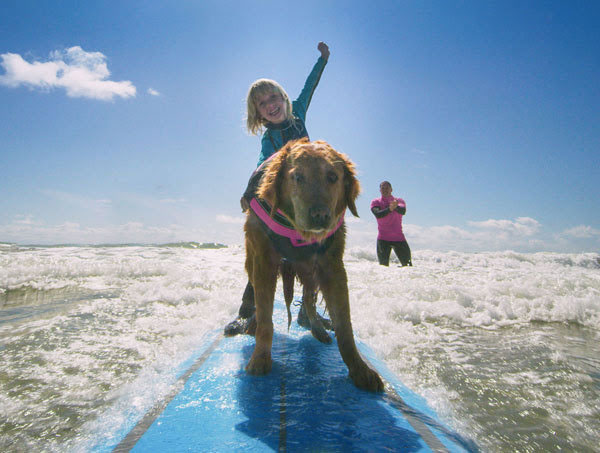 In the film, therapy dog Ricochet helps a retired U.S. Marine living with PTSD and a seven-year-old boy coping with a sensory-processing disorder heal and bond while surfing West Coast waves. The story is told by the Marine, Staff Sergeant Persons B. Griffith IV, and the boy’s mother, Jodi Powell. Both the boy and Griffith learn that they share similar challenges in their lives, but they are able to draw strength and confidence from the indomitable spirit of the wave-riding golden retriever.

Of course, Ricochet isn’t the only furry hero in Superpower Dogs. The film also follows the stories of five other incredible canines that are making a difference across the world. Halo, for instance, is a Dutch shepherd puppy training to join one the U.S.’s most elite disaster-response groups, and Superpower Dogs follows her journey through the process and puppyhood itself. There’s also Henry, a lifesaving avalanche rescue expert working in the snow-capped mountains of British Columbia. And then there is a Newfoundland named Reef that assists the Italian coastguard, as well as a pair of bloodhound brothers, Tipper and Tony, that are helping to save some of Africa’s most vulnerable species.

Superpower Dogs gives viewers a dog’s-eye view of some of the world’s most fearless and dutiful canines doing what they do best: working hard and saving lives. The documentary made its cinema debut last month, and it was a hit with audiences and critics. And, of course, the stories gain an extra boost of superhero gravitas thanks to narration performed by Captain America himself: Chris Evans.  Reviews are still coming in, but early impressions are very positive for the documentary. And, with its special cast and beautiful IMAX visuals, it’s not hard to see why. 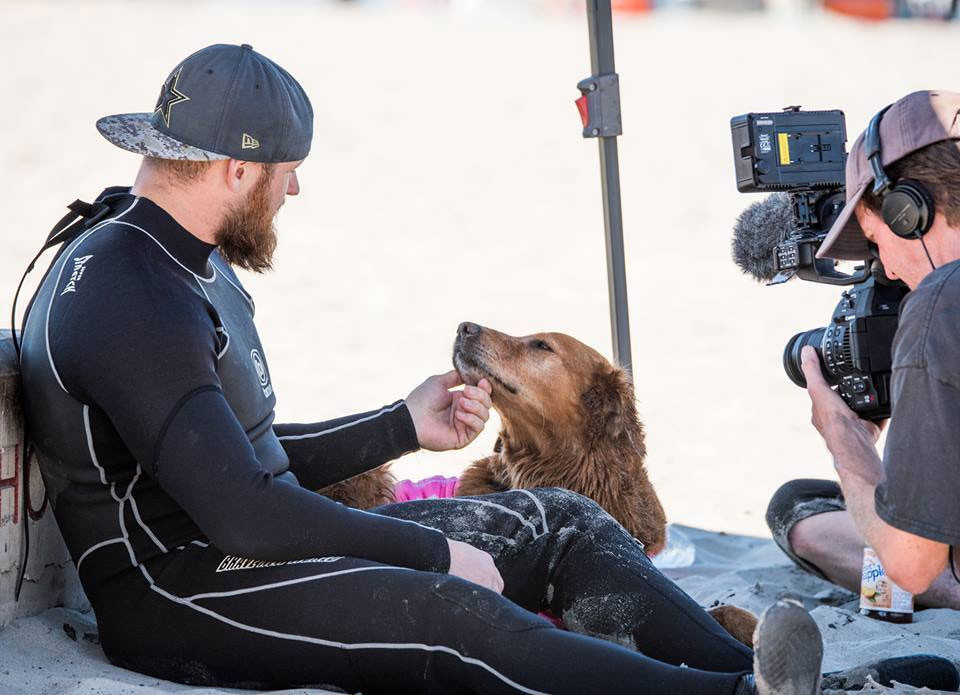 So, if you live near an IMAX theater and you’ve been looking for a family-friendly film with heart, you can’t go wrong with Ricochet and the rest of the super-powered canine crew. Just be ready to be inspired (And it may not hurt to bring some tissues along. You know, just in case you happen to notice something in your eye).