Home > About > Our Staff 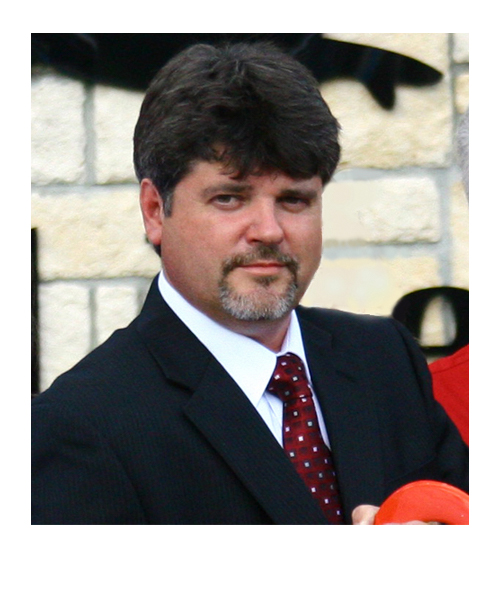 Mike spent most of his youth in Marksville, a small city located in the northernmost part of Avoyelles Parish. He eventually left Marksville to become a student at Louisiana State University, where he earned a Bachelor of Science degree in 1986. As one of the original founders of CKC, Mike became the club’s president in 2002, and he has been tirelessly overseeing and guiding the growth of the organization ever since.

Mike has been happily married to his wife, Kathy, for nearly 30 years, and the couple shares three wonderful children: Jennifer, Josh, and Nathan. As a true outdoorsman, Mike enjoys working with dogs, fishing, and duck hunting in his free time. 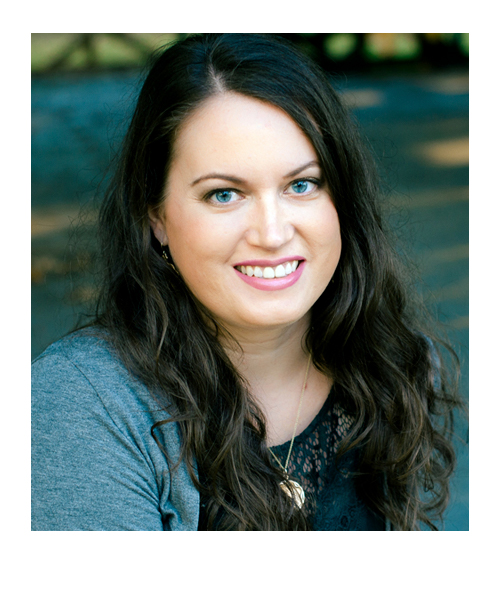 A lifelong resident of Denham Springs, Brandy graduated Southeastern Louisiana University with an accounting degree and a management minor. After earning her CPA and working in public accounting for 15 years, Brandy came to CKC in 2010 to broaden her skill set.

Although only felines call her place home today (3 of them), Brandy was raised with dogs (Sheltie-collie, Yorkshire terrier, and lots of loving mutts) and is looking forward to spending time with a canine once she and her husband install a fence!

Attracted to CKC's local roots and short commute, Jessica graduated from Louisiana State University in accounting and obtained her master's from Southeastern Louisiana University with a concentration in accounting.  She thrives on seeking out opportunities to increase efficiency and add value within the organization.

Jessica has two dogs, Sam (cocker spaniel) and Lucy (Catahoula cur). Working with Lucy, the newest addition who is deaf, is teaching Jessica how intelligent dogs are and the importance of training. Jessica loves bringing her dogs to the office since it always makes the day more interesting! 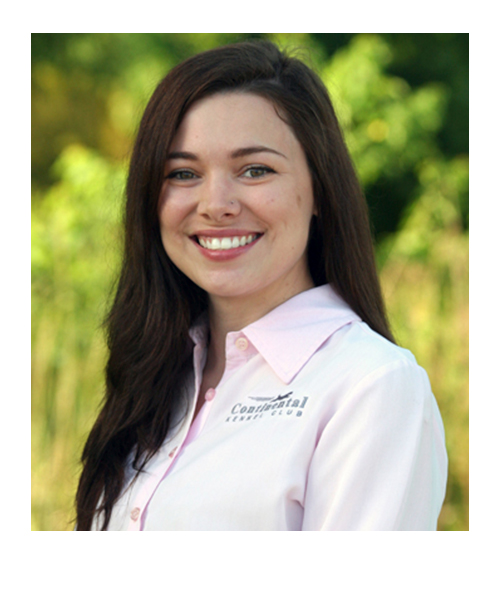 Throughout her 13-year tenure at CKC, Crystal has worn many hats (production, publications, events, training, branding) and has always liked working with dogs. She enjoys not only meeting people with a similar passion and admiration for dogs, but being a part of a company whose mission is to bring people and dogs together.

Raelynn was born in Akron, Ohio, and raised in Herrin, Illinois. She is the middle child of three siblings. In her free time, Raelynn enjoys reading and baking desserts. She also likes to knit, craft, and explore her new surroundings as a Louisianian.

Raelynn hopes to get her master's degree in communications soon. She loves Mexican food and just about anything that comes in the color purple. One of her favorite quotes comes from Dolly Parton: "Find out who you are; do it on purpose." 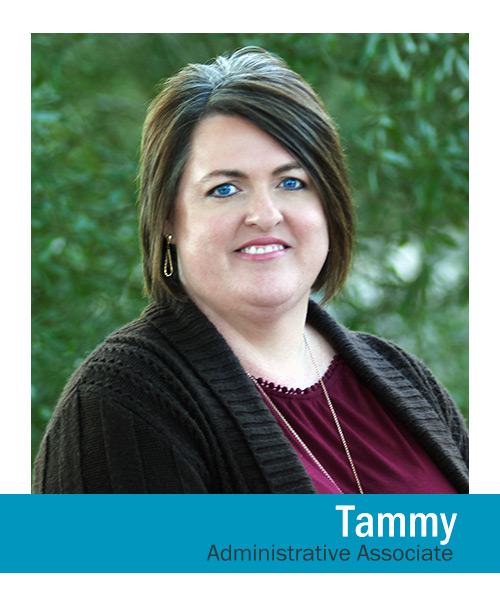 Tammy was born and raised in Central Florida and moved to Louisiana in 2005. She and her husband of 28 years have three adult children and two grandchildren.
After working part-time while raising three children, it was time to move on to a full-time position. Finding this position at CKC, which seemed to fit with her education and skill set perfectly, was a blessing.
When Tammy is not working, she enjoys spending time with her family, especially her two grandbabies. She also enjoys painting and various crafts and being actively involved at her church. 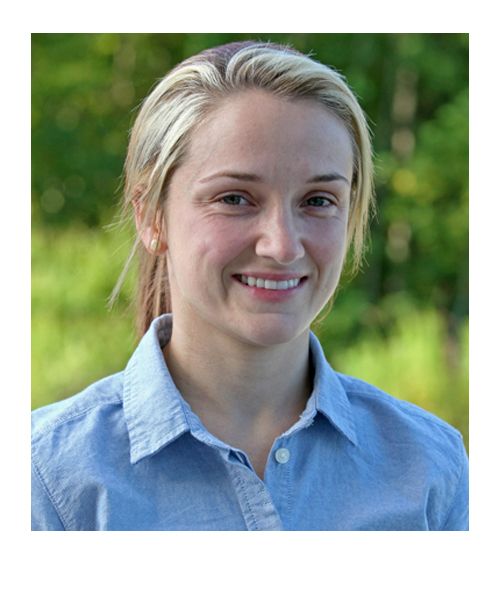 Chelsea, who started with CKC in 2008, loves her job and the people she works with! She likes spending time with friends and family.

Born in Baton Rouge, Chelsea spent much of her childhood in Plaquemine with a dog-loving family of five siblings (four brothers and one sister).  At home, she has two dogue de Bordeaux (French mastiffs) and a Chihuahua. Chelsea says, “The mastiffs can sometimes be a little too much to handle with their slobber, but they have the cutest faces!” She says her mom picks up every stray dog she finds on the road and has been successful in finding them owners or a new home. 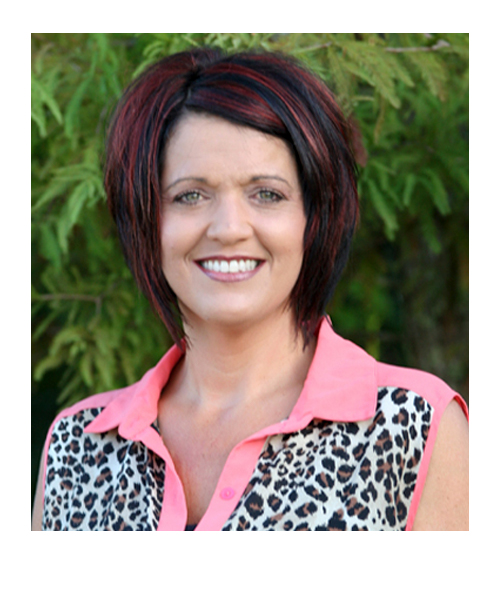 Jackie and her husband have a mini farm with cattle raised for show, hens raised for eggs (which she freely shares with the rest of the staff), three dogs and one cat! Spending time with her family and taking care of all the animals are constant sources of joy. Jackie was born and raised in Louisiana, and she is a mother of two boys. Her favorite motto is "Live each day as if it's your last!" 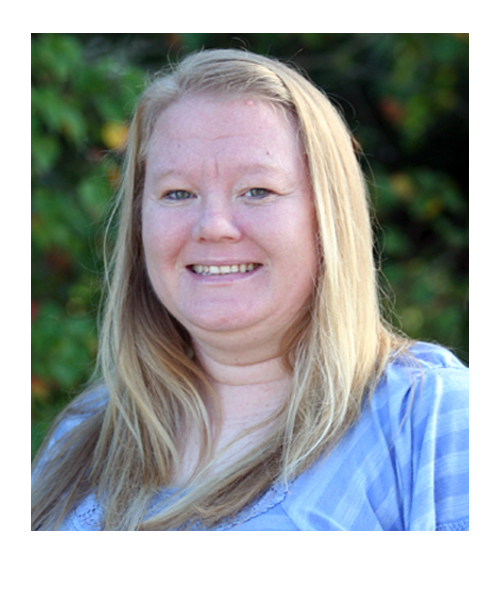 With a passion for dogs, Kim enjoys working at CKC, but admits she thought it was a dog kennel before coming to work here in 2007. Working in the mailroom, she likes seeing all the pictures that come through the mail. Kim is excited to have a new Catahoula cur puppy named Sable.

A lifelong resident of Walker, Louisiana, Kim is a happily married mother of four girls. She spends her free time with her family, going to the movies, shopping, playing board games, and having bonfires with roasted weenies and marshmallows. Kim enjoys country music, seafood, and fishing. Her favorite movie is Dirty Dancing. 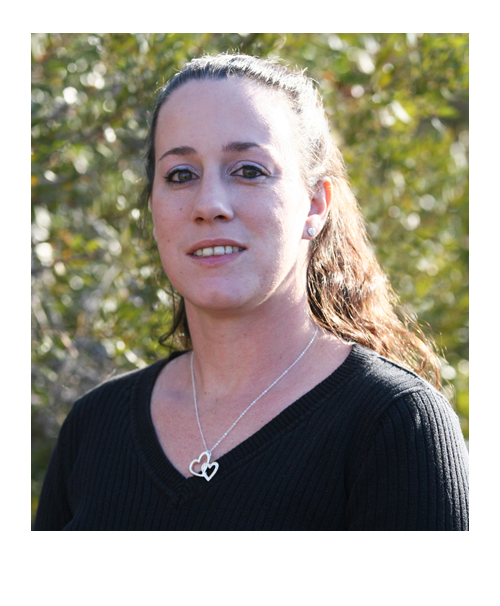 Born and raised in Walker, Louisiana, Patricia recently rejoined our team, but she has been a part of the CKC family for over 12 years. She is married with three children and has a dog, Rangeaux, who would lower himself to the ground so her youngest daughter (at the age of two) could climb on his back and ride.

When not working, Patricia enjoys practicing ball with her kids, watching LSU football and baseball, and spending time with family and friends. 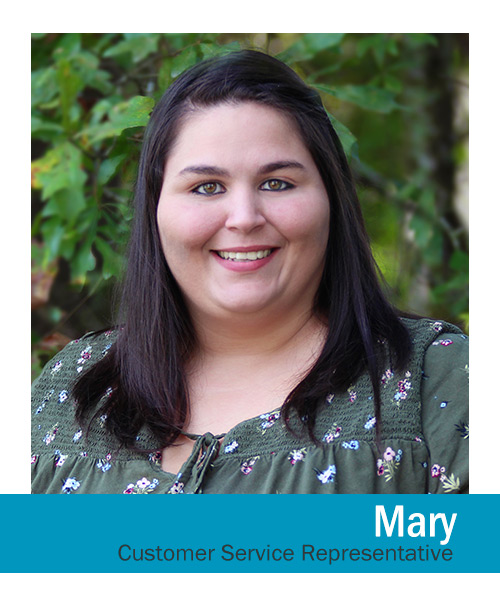 Mary was born in Hammond, LA, and has lived in Walker for about a year now. She has been married to her husband, Kasie, for six years and has two daughters.

Mary was drawn to CKC because of her love for dogs. She enjoys working in the customer service department and appreciates the friendly atmosphere.

She owns a miniature Australian shepherd and a German shepherd mix puppy, and when she is at home, Mary likes making memories with her family. 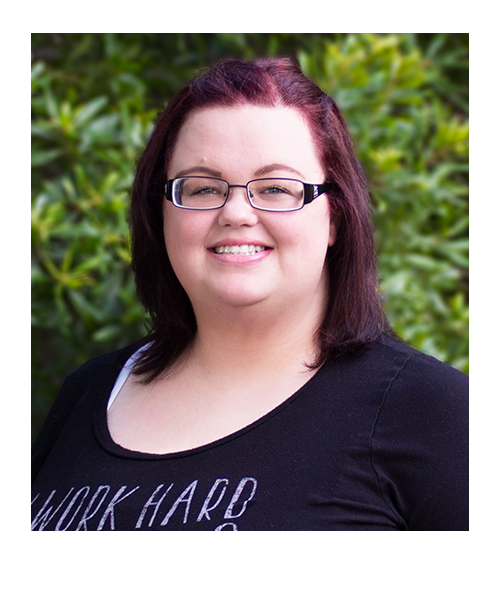 Chelsey was born in Baton Rouge, Louisiana, and raised in Orange, Texas. She has years of
experience in data entry and customer service, and she is excited to bring those skills to CKC.

Chelsey is the owner of three Chihuahuas, and she treats them as members of the family. She loves to read, camp, swim, and go shopping, and she hopes to travel to new places with her husband in the future. Already familiar with Continental Kennel Club after growing up with CKC-registered dogs, Chelsey is delighted to be able to work in a dog-friendly environment. 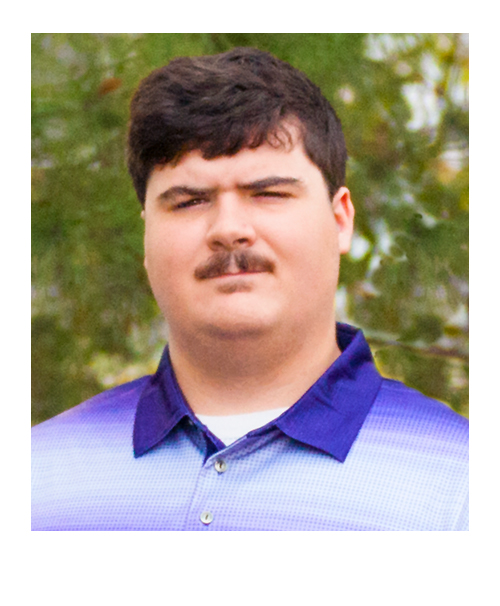 Steele Svara was born in Baton Rouge, Louisiana, and raised in Livingston Parish. He enjoys working in the CKC mail room and maintains the offices as needed.

Steele has had a number of dogs in the past, including a bullmastiff that would sometimes join him in games of basketball.

Steele enjoys gaming digitally and with board games, and he hopes to write a book or design a game of his own one day. His favorite motto is “even a stopped clock is right twice a day.” 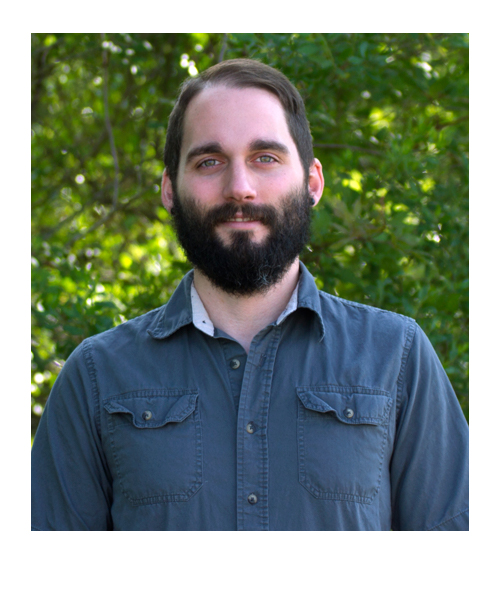 Krist has lived in the Greater Baton Rouge area for most of his life. For five years he lived in Texas, where he completed his degree and worked as a graphic designer. Krist’s family consists of his wife, their two kids, and their Terri-poo. He enjoys reading, painting, and family time. He is also involved in ministry at his church, including music, teaching, and media.

One quote that has guided Krist comes from artist Chuck Close, who said, "Inspiration is for amateurs; the rest of us just show up and get to work. If you wait around for the clouds to part and a bolt of lightning to strike you in the brain, you are not going to make an awful lot of work. All the best ideas come out of the process; they come out of the work itself." 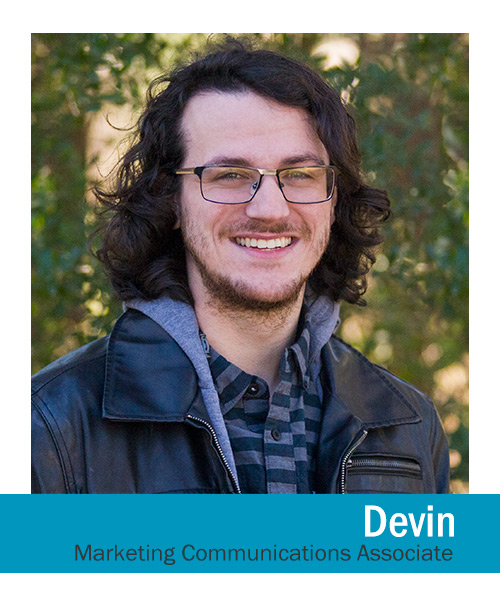 Devin Barnes was born in St. Bernard Parish and moved to St. Tammany Parish following Hurricane Katrina. Now, living in Hammond, LA, he brings his passion for dogs to the Continental Kennel Club.

Devin currently owns two dogs: Thor and Freyja. He says there’s never a dull moment in the house thanks to the playful nature of his pups. 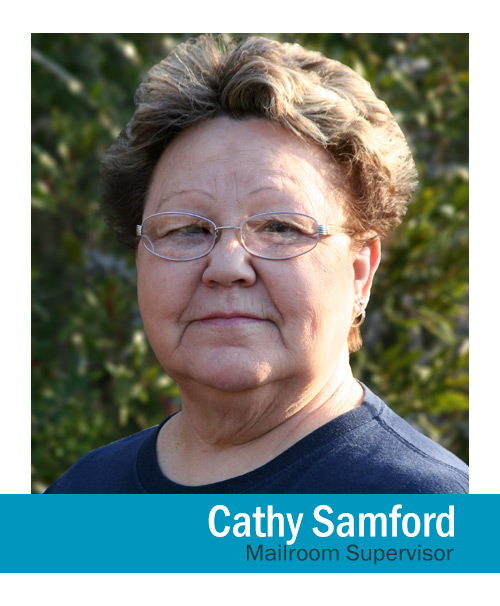 Born and raised in Weisner, Louisiana, Cathy and her husband of 40+ years raised three children. Through her friendship with CKC’s founder, George Fontenot, Cathy came to work in 2003 stuffing envelopes and delivering mail to the post office. Over time, she gained more responsibilities and earned her current title of production manager. Having always had a house full of poodles, Cathy was first excited to work for CKC. She truly loves the Christian values of the company and all that it stands for. She intends to retire from CKC many years in the future. 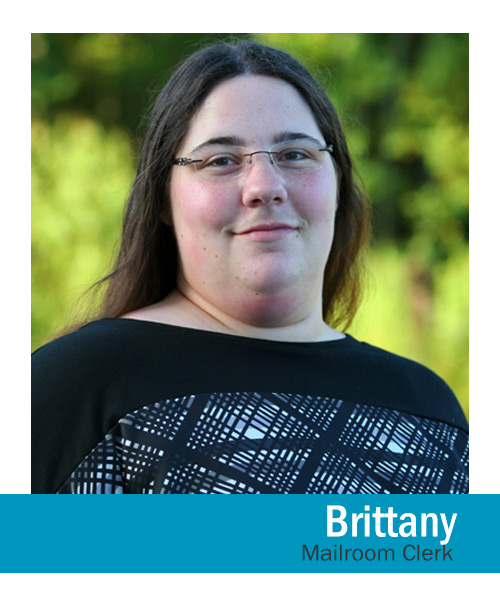 From fish to horses and dogs to cats, Brittany has always been an animal lover. She even had a rat, ferret, and skunk (sans scent glands) while growing up in Baton Rouge. Currently, her only pet is a spoiled basset hound, Rhett Pupler.

When not helping customers or handling the mail, Brittany is often at home enjoying time with her almost overly curious son, Xander, reading a book or video gaming. She also enjoys costuming for events like the local Renaissance festival and charity events.