Recently, the New Guinea Highland Wild Dog Foundation (NGHWDF) and dog lovers around the globe found cause for celebration: new evidence gathered by researchers confirmed beyond a shadow of a doubt that the New Guinea highland wild dog, which was thought to be extinct, is not only alive but thriving in the harsh, mountainous region of western New Guinea.

According to the NGHWDF, the New Guinea highland dog is both the rarest and oldest living canid in the world today. The organization actually refers to the breed as a “living fossil” due to its special position as a missing link species situated between the first early canids and the modern domestic dog. For this reason alone, living New Guinea highland dogs hold immense value to researchers who want to learn more about the relationship between today’s dogs and their wild ancestors of the past. 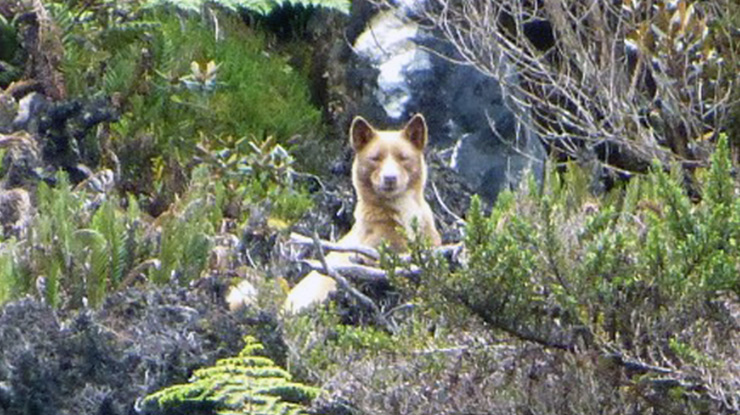 Although there were a handful of unconfirmed sightings and even a photograph captured of a canine that fit the description of the New Guinea highland dog in decades past, no hard evidence had emerged to prove that the dogs still existed in the wild—until recently, that is.

Zoologist James K. McIntyre, Director of the Southwest Pacific Research Project, was the leader of the expedition. In 2016, his team of researchers, which included geneticists, behaviorists, conservationists, and a genomicist, collaborated with researchers from the University of Papua to pinpoint the location of the dogs and collect much-needed information about their habits, numbers, biology, and behaviors. 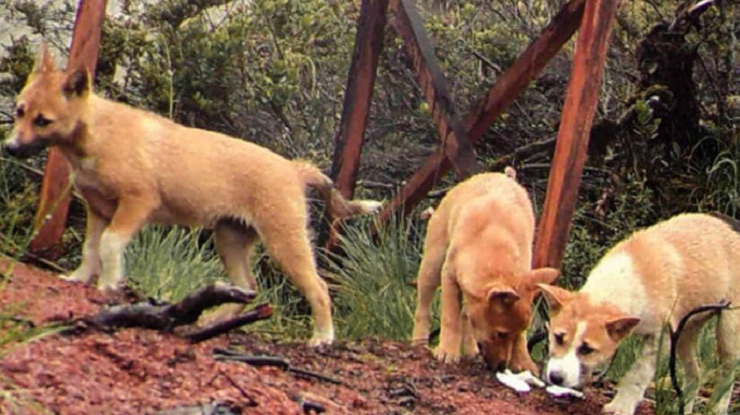 Ultimately, it was the discovery of a canid’s paw print in the forests of the ultra-remote New Guinea highlands that allowed team members to narrow their search. The highlands, which stand at 12,000 to 15,000 feet above sea level, provided the perfect environment in which the wild dogs could thrive as apex predators. According to NGHWD, the fossil records indicate that the dogs have lived on the island for over 6,000 years.

In the areas where researchers found evidence of the dogs—such as tracks, scat, dens, and a network of trails—they set up cameras to capture the first images in decades of the dogs in their natural habitat. 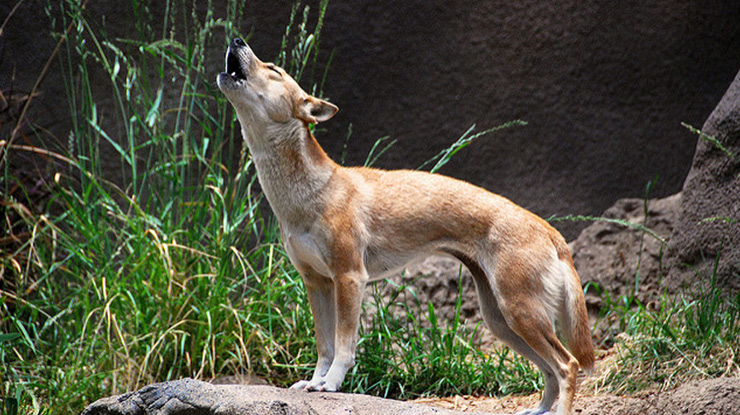 The operation was a huge success: the expedition team was able to gather important biological material and footage of the wild dogs living naturally with their habitat. The cameras captured over 100 images of the dogs, including pictures of a pregnant mother and pups.

A scientific paper detailing the findings of the expedition is expected in the coming months. The team hopes that their research will lead to new breakthroughs in our understanding of the relationship between humans and dogs, in addition to providing insight into the unique ecosystem that the New Guinea wild dogs inhabit.

Dogs have a third eyelid. It’s called the haw, and it removes debris from the eye, produces tears, and protects the cornea.