From detecting potentially devastating explosives to apprehending dangerous criminals, police dogs have so much to bring to the force. They offer the superhero-level powers of their incredible sniffers, not to mention unmatched speed, strength, and intuition. Good K9s make excellent officers and are always willing to lend a hand when it comes to protecting their partners and their communities. Here are some of the most heroic and memorable K9 cops to ever serve, all of whom made significant contributions to their units and helped put K9 work on the map. 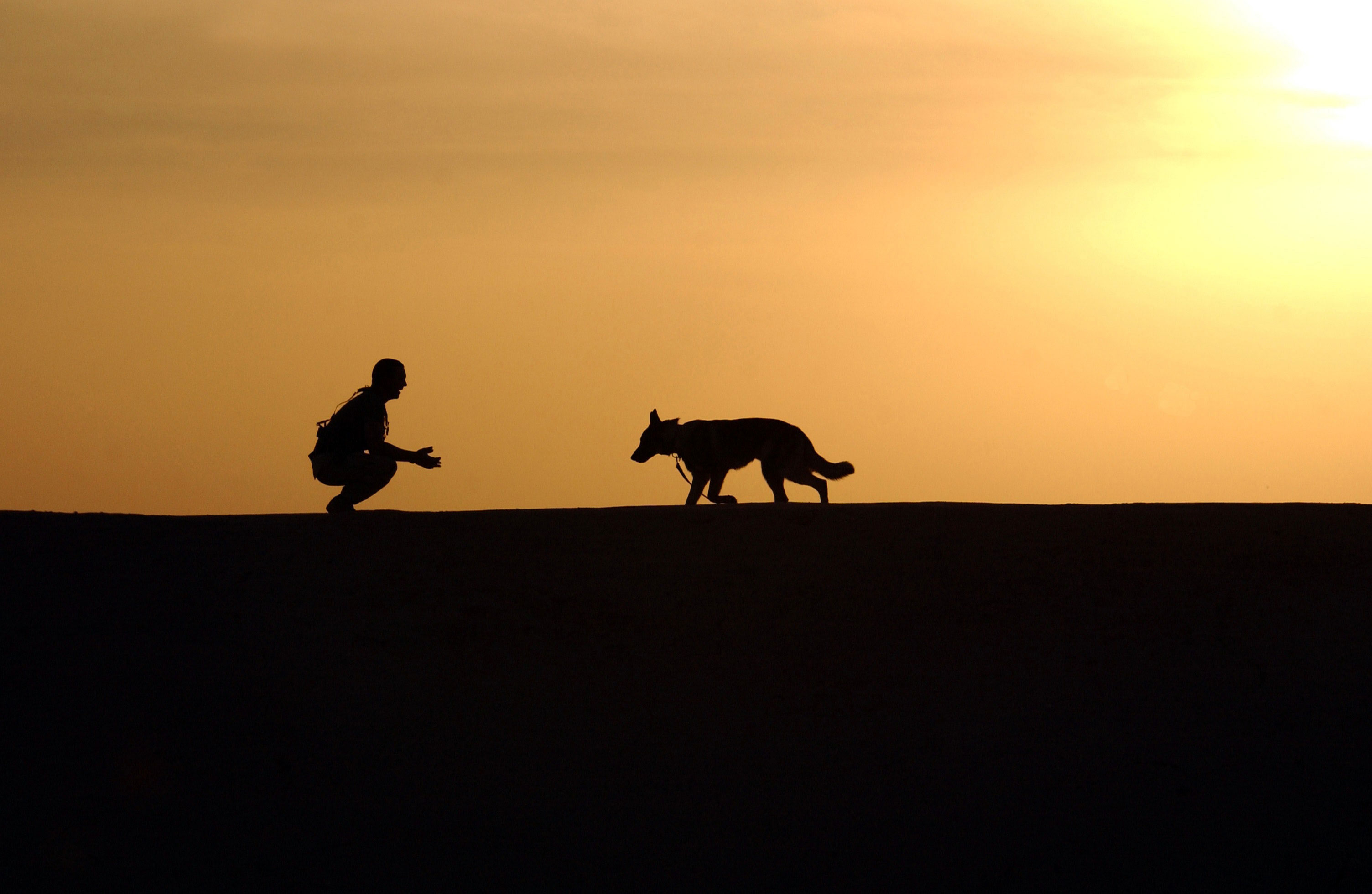 1. Rin Tin Tin
This super-famous German shepherd, nicknamed Rinty, was brought to the United States after serviceman Corporal Lee Duncan discovered five newborn war dogs in an abandoned kennel in Flirey, France. When Duncan returned to the U.S. with two of the puppies, he handed over Rin Tin Tin to a K9 breeder named Leo Wanner, who trained him for police work. Duncan later moved to California with his dogs and entered Rin Tin Tin into a dog show, where he attracted the attention of Hollywood. Rin Tin Tin went on to star in 27 Hollywood films and even received the most votes for Best Actor at the first-ever Academy Awards in 1929.

2. Koton
Best-known for playing drug-sniffing police dog Jerry Lee alongside James Belushi in the 1989 comedy “K9,” Koton was a Hollywood German shepherd with a background in real-life police work. Before he joined the cast of the movie and subsequent TV version of “K9,” Koton worked on the Kansas City Police Department as a K9 officer. When he worked on the force, Koton made waves when he found 10 kilograms of cocaine (worth an estimated $1.2 million) while on the job. Sadly, Koton lost his life in the line of duty when he was shot and killed while attempting to apprehend a suspect who murdered a police officer.

3. Cloud II
Dubbed one of the most famous police dogs in Canadian history, Cloud II was best-known for his prolific career capturing fugitives. In fact, he is said to have worked with his handler, Constable Ray Carson, to apprehend 123 fugitives and locate many more missing children and lost hunters. As a member of the North Bay detachment of the Ontario Provincial Police, Cloud II earned praise after he discovered a loaded rifle in the ice hut of two juvenile offenders and then forced another to drop his knife. To honor these heroic acts, Cloud II was inducted into the Purina Animal Hall of Fame. 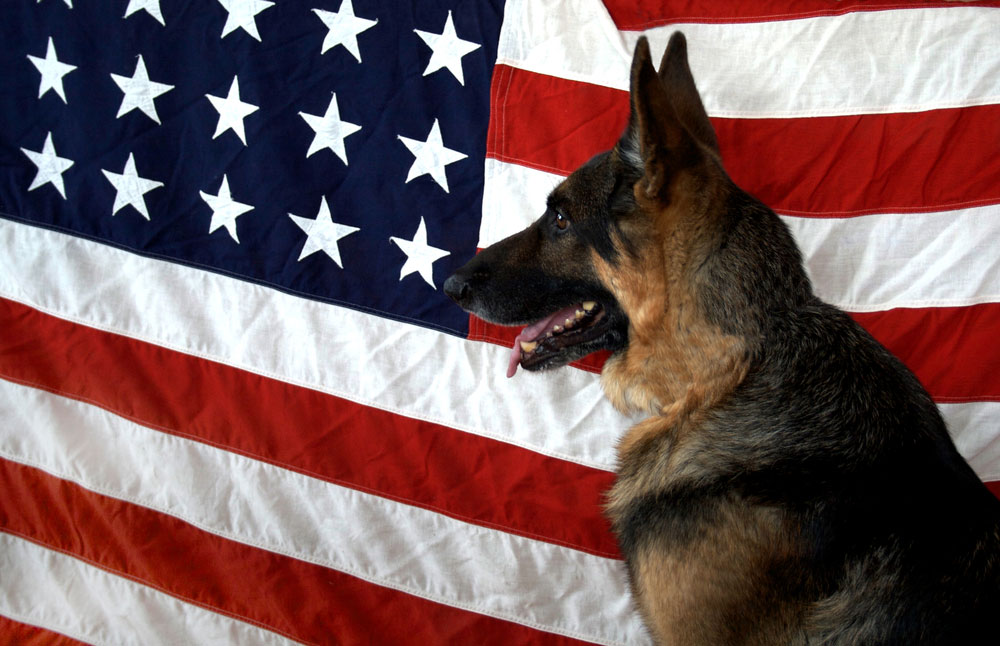 4. Apollo
Another highly decorated German shepherd, Apollo earned recognition after he and his handler, Peter Davis, worked at the World Trade Center after the September 11 attacks. As a member of the New York Police Department (NYPD) K9 unit, Apollo was one of the first dogs on the force to learn search and rescue, putting his skills to good use at Ground Zero in 2001, and then later during hurricane relief missions. Apollo was awarded the Dickin Medal, the animal equivalent of the Victoria Cross, on behalf of the search and rescue dogs who worked at the World Trade Center.

5. Mattie
A member of the Connecticut State Police, black Lab Mattie became the first operational accelerant detection dog in the country when she entered the force in 1986. She had the unique skill of being able to identify various chemical accelerants, allowing her to pick through charged and dangerous ruins of fires to identify small traces of accelerants, such as tiny drops of gasoline. The Connecticut State Police have used Mattie as a shining example of what K9s can do and have trained two more dogs, Rosie and Dolph, in this unique field of police work. 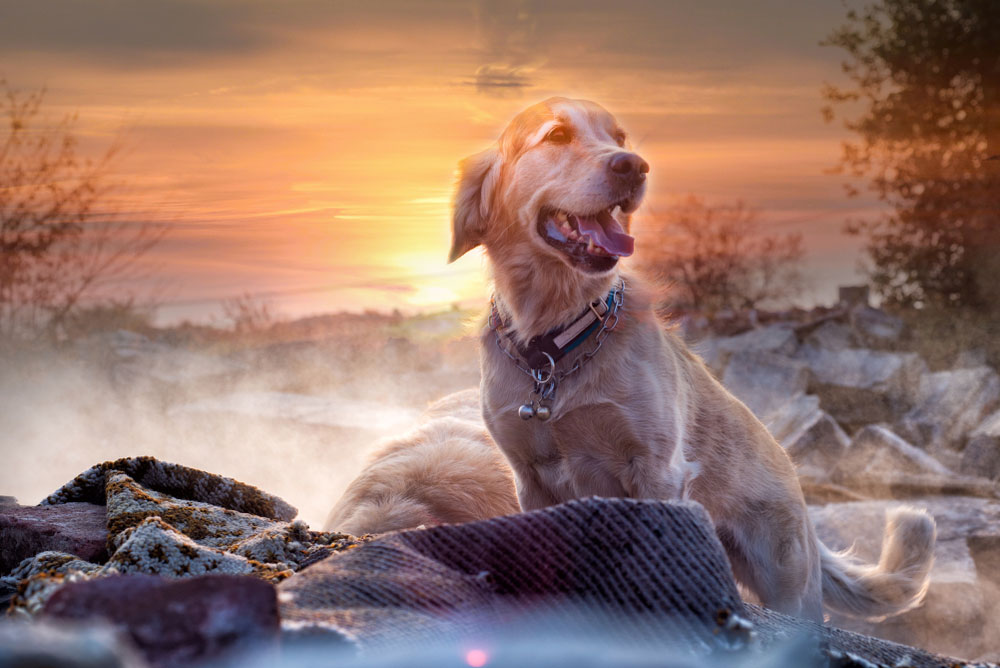 6. Strongheart
Police dog slash-film star Strongheart was born in 1917 in Poland. Originally named Etzel von Oeringen, this famed pup was trained in police work and spent much of his career working for the German Red Cross. He was then brought to the United States, where he became one of the earliest canine film stars. Strongheart starred in at least six Hollywood films and worked with notable silent film directors Laurence Trimble and Harry O. Hoyt, as well as director Paul Powell. In 1960, Strongheart earned a star on the Hollywood Walk of Fame. It is located at 1724 Vine Street.

7. Bruno
Another brave German shepherd, Bruno rose to fame after he was shot while chasing down a suspect in Anaheim, Calif. in March 2014. Alongside his handler, R.J. Young, Bruno was searching for a suspected parole violator when he was shot in the face by the suspect. Sadly, Bruno died about two months later due to complications from the shooting. His handler believes that, had it not been for Bruno’s bravery, he and the other officers involved in the mission would not be alive today.

The Joy of Working with K9 Officers

Like all kinds of police work, training K9 dogs requires serious commitment and patience. However, this line of work takes a little something extra in the form of love and affection. Although police dogs have very serious, often lifesaving tasks, they’re also beloved family pets and revered community members. We salute all the dedicated K9 trainers and police pups out there who work day in and day out to safeguard our towns, cities, and neighborhoods from danger!