In the last blog, we discussed similarities and differences between the Miniature Pinscher and the Manchester Terrier. This time, we will consider two dog breeds known to reside in frigid climates. It’s the Alaskan Malamute versus the Siberian Husky. Let’s take a look!

Alaskan Malamutes were said to be bred by a nomadic Inuit tribe, the Mahlemut tribe, and spread to the North and South around Kotzebue Sound in Alaska due to people traveling where food and resources were the most plentiful in the harsh environment. The Gold Rush of 1896 triggered a need for more sled dogs and teams compared to how previously these dogs were used more as protectors and polar bear hunters. Three different foundation lines contributed to the Malamute breed: the Kotzebue, the M’Loot, and the Hinman. And although this breed may act and look big and tough, they are considered gentle giants. 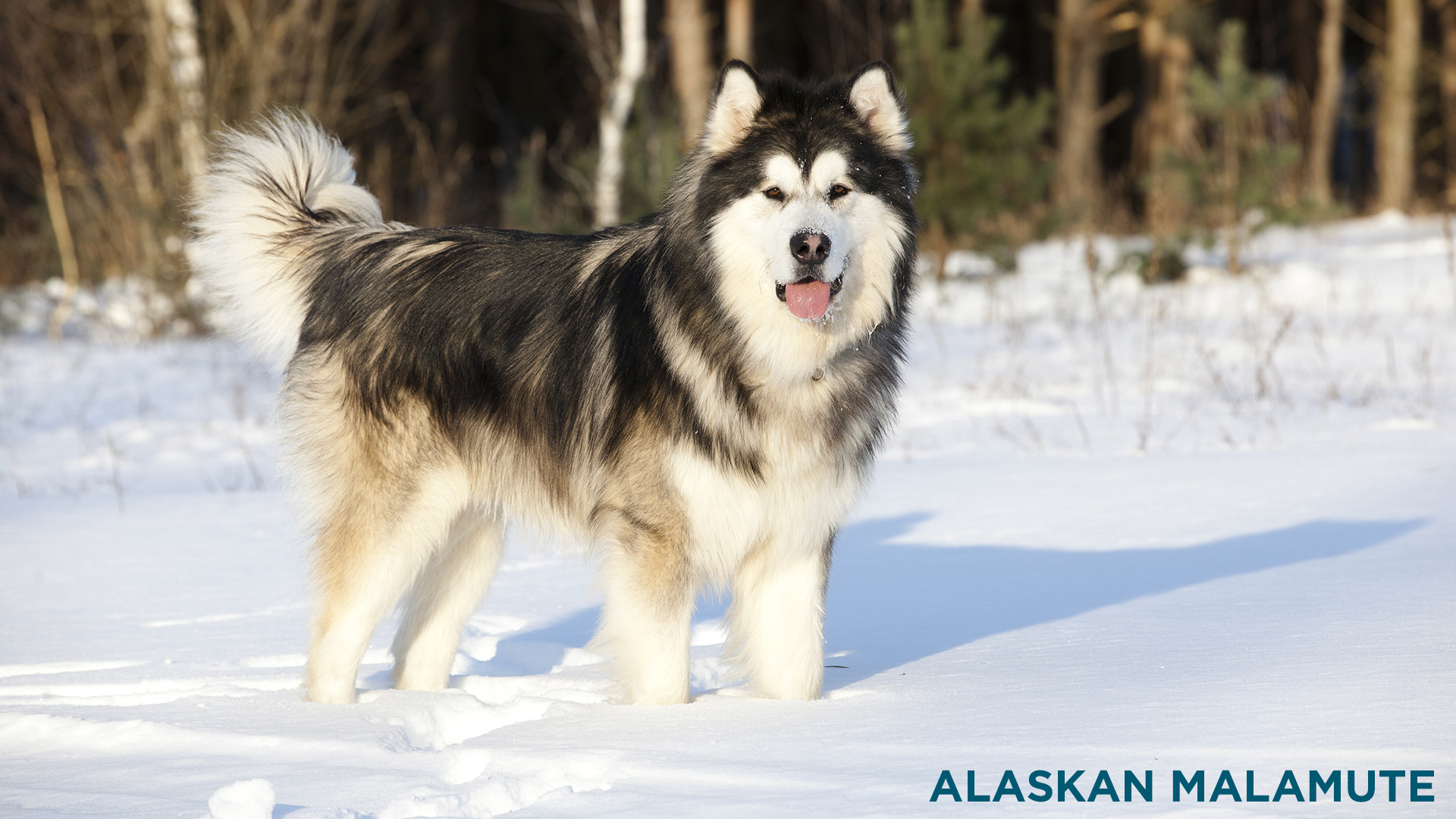 Siberian Huskies are also believed to have been bred by a nomadic tribe, these people being the Northeast Asian (Siberian) Chukchi tribes. These dogs were first brought to Alaska in the early 1900s via the Bering Strait, where their popularity soared from then on. These dogs were bred to go long distances reasonably quickly. One event in history highlighting that characteristic was during the “Great Race of Mercy” in 1925. Siberian Huskies and Seppala Siberian Sleddogs traveled from Nome to Anchorage over 1,200 miles round trip to transport medicine and saved many lives.

These breeds share the same breed group. They are part of the Spitz and Nordic breed group and the sub-group of Nordic Sled Dogs. Not far apart in size and looks, these dogs both have distinct long double coats, usually in the duo colors of white with gray, black, sable, grizzle, or red. But, the Alaskan Malamute is known to have two coat varieties: a standard coat that is thick and plush and a long coat, whereas the Siberian Husky only has a coat of medium length that is well-fitted yet supple. Both breeds have similar structures and classic upright ears - the Malamute’s smaller than the Siberian Husky’s. And both have forequarters that are always in balance with their hindquarters, making for smooth movement and strength.

Both are working dogs with a lot of energy, so they will need a lot of activity and discipline to keep them in line. Both breeds do well with other dogs since the Alaskan Malamute is very social, and the Siberian Husky is bred with a team mentality. 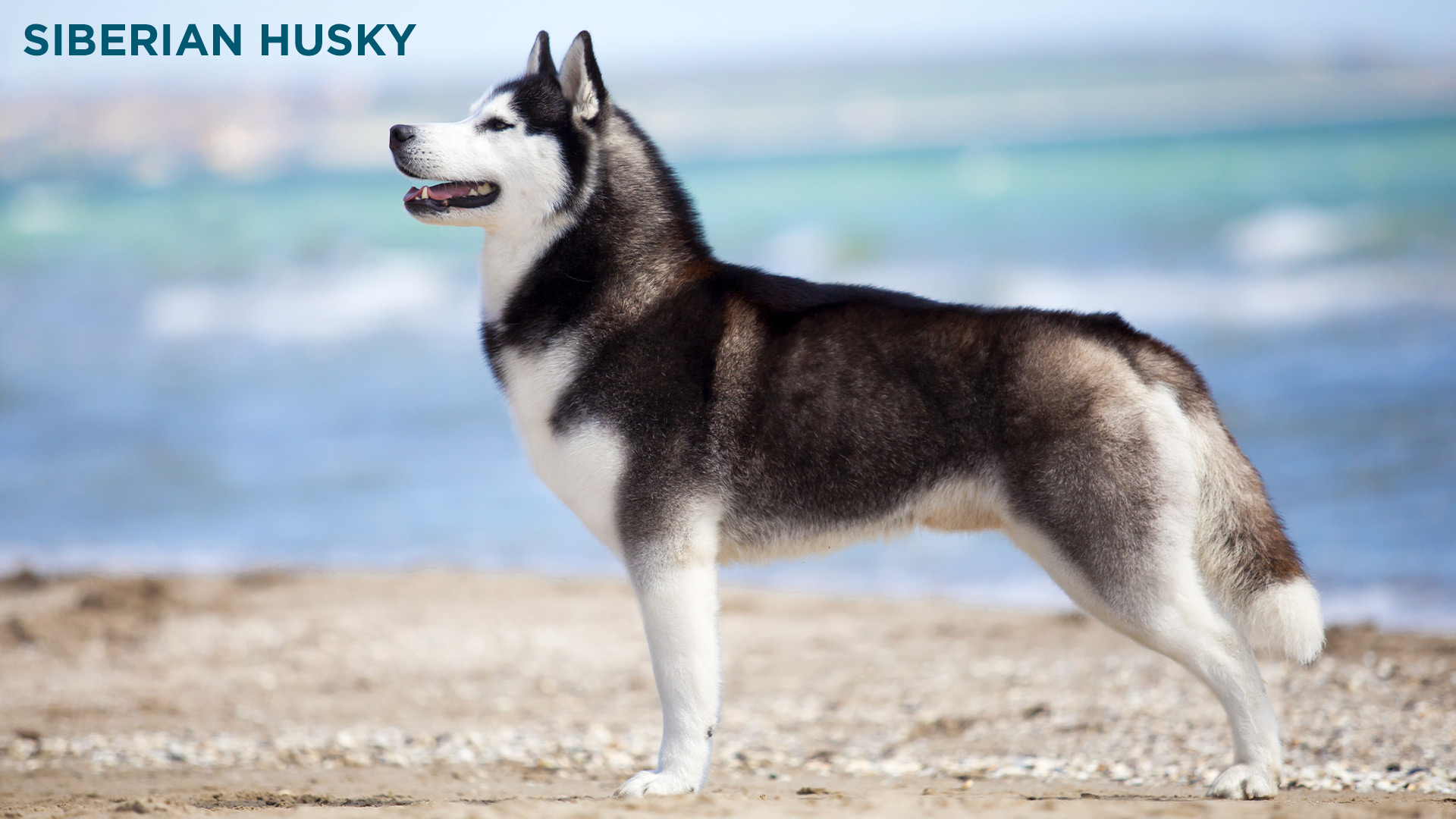 At a glance, you might think these to be the same breed of dog, but there are some distinct differences. Siberian Huskies are the leaner of the two with a less full-looking face and slightly longer body length than the Alaskan Malamute, which has a broader, stockier build. Siberian Huskies are also lighter and smaller than the Malamutes - although they are still considered large dogs! Alaskan Malamute males can weigh from 85 to 124 pounds, while females can weigh 75 to 124 pounds. Malamute males stand at the height of 25 to 28 inches and females from 23 to 26 inches. That’s a lot of dog! In comparison, Siberian Husky males can have a weight of 45 to 60 pounds and a height of 20 to 24 inches. The females can weigh from 35 to 50 pounds and stand at the height of 19 to 22 inches.

These amazing breeds work hard and play hard. With lots of energy, the Alaskan Malamutes and the Siberian Huskies need exercise and discipline. Bred for harsher climates, both breeds have been around for a long time and have strength and endurance that can last for literal miles. Their signature double coats and smooth movements make them a sight to behold. And although they might not make the best watchdogs, they are friendly overall and good with other dogs with proper training and socialization.