It seems people can’t get enough of seeing the so-called ugliest dogs in the world. After all, we are just one year shy of three straight decades of the World’s Ugliest Dog competition, and there are no signs of this battle of the beasts slowing down anytime soon.

Well, the latest winner of the World’s Ugliest Dog title was recently announced, and she has a look that’s—how should I put it—strikingly unique. Martha is a Neapolitan mastiff with one of the longest faces you’ve ever seen—but not because she’s sad about anything in particular. No, this gentle giant of a dog has a loving personality, and with any hope, her new title is sure to find her an equally loving new family and a forever home—as long as they can look past some of her quirks, of course.

“She's a 125-pound, drooling, snoring, gassy, loud, and silly girl,” said Martha’s foster mom and handler at the show, Shirley Dawn Zindler. Martha certainly is one of a kind, and if she gets the urge for a good full-body shake, you’d better take cover from the sprinkler system’s worth of drool that will be heading your way.

At a mere three years old, it would seem that Martha’s excessively wrinkly, droopy skin came on prematurely, but she takes it all in stride and wears it with pride, living up to her elderly outward appearance with a healthy dose of long naps—and that’s not all. "She knocks over every water bucket, no matter how securely attached to the fence. She bosses the other [foster] dogs around and makes sure all guests are suitably slimed on arrival," says Zindler.

Sadly, Martha wasn’t always a winner. According to reports, her previous owner did not address her need for medical attention early in life, and the young Neapolitan mastiff faced some serious health problems, including an eye issue that nearly claimed her vision for good. Thankfully, after a couple of eye surgeries and a stomach surgery, Martha’s health has improved quite a lot, and she has regained the vision she almost lost (in one of her eyes, at least).

Martha’s luck officially turned around when she came into the care of Jessica Burkard. Burkard was looking for a kind, loving companion for her St. Bernard, and she found that in spades when she decided to bring the “so ugly she’s beautiful” mastiff home. And this recent victory at the World’s Ugliest Dog competition didn’t just earn Martha bragging rights—it also garnered her a trophy, $1500, and a trip to New York with her family to appear on TV. Who knew snoring, farting, and flopping over for an impromptu nap on the show’s stage would be so lucrative?

Thankfully, the contest isn’t as cold-hearted as its name might imply. In fact, the dogs and people attending the event are actually working towards a very noble cause. "We're proud to celebrate all dogs and pets by showing that no matter their imperfections, they are adoptable, lovable, and a great addition to any family," said Erin Post, the CEO of the Sonoma-Marin Fair, which is where the contest takes place.

There was certainly some tough competition at this year’s annual World’s Ugliest Dog Competition, but it was ultimately Martha, the flatulent and floppy-faced three-year-old Neapolitan mastiff, who took home the coveted prize. 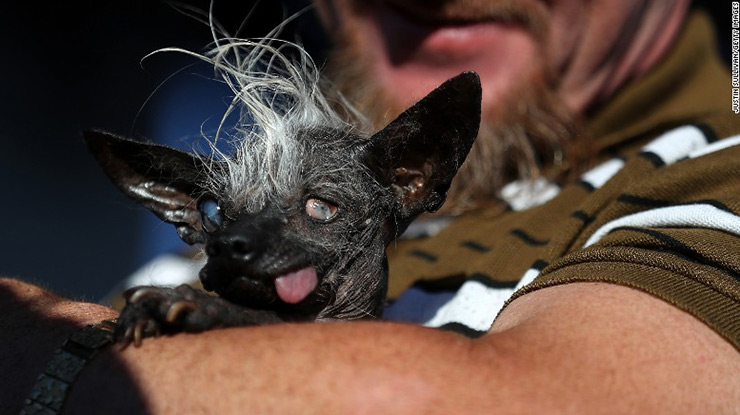 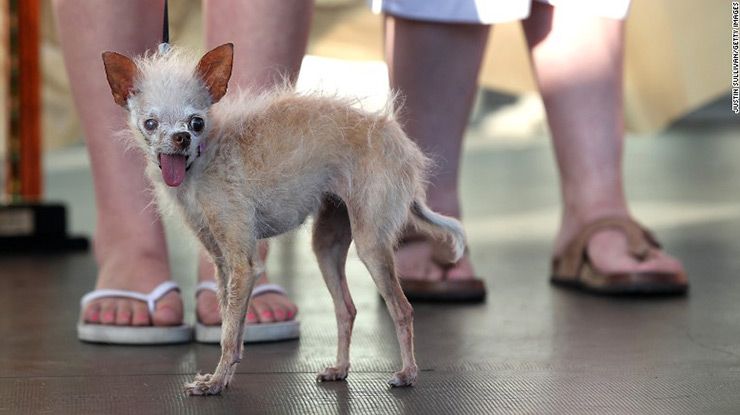 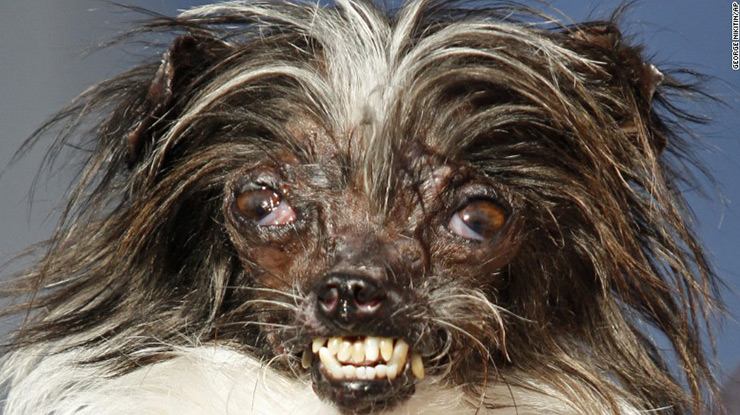 But do you think she’s really the ugliest dog around, or were some of the other bug-eyed, buck-toothed, crinkle-skinned Chihuahuas and terriers robbed of the title? Feel free to weigh in in the comments below.